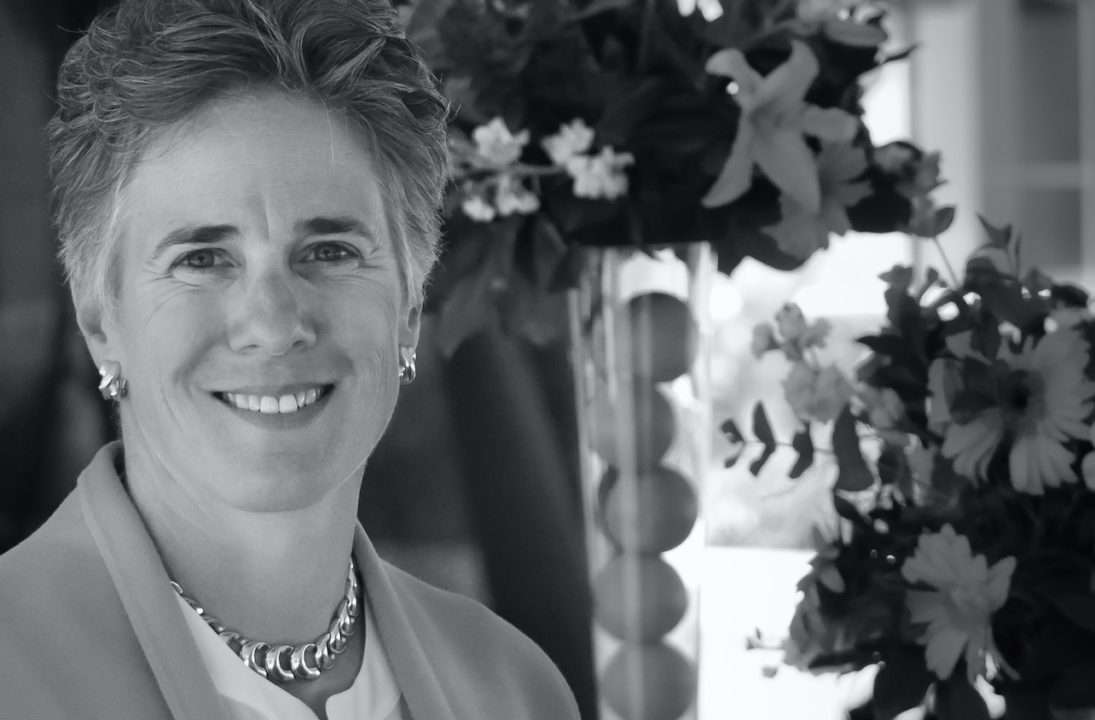 With the world shutting down, we’re reaching into our archives and pulling some of our favorite stories from the SwimSwam print edition to share online. If you’d like to read more of this kind of story, you can subscribe to get a print (and digital) version of SwimSwam Magazine here. This story was originally published in the 2018 Women In Swimming edition of SwimSwam Magazine.

Betsy Mitchell — an Olympic gold medalist, former world record-holder, and International Swimming Hall of Fame honoree — has seen the pool from all angles.

She found monumental success as a swimmer in the ‘80s, was the head women’s swimming coach at Dartmouth, and is now the athletic director at Caltech, in the NCAA’s Division III. She even served on the NCAA’s rules committee for a stint that included the especially controversial 2010-11 season when the organization banned so-called supersuits in favor of textile competition wear.

Mitchell won her first Olympic medal, a silver in the 100 back, at the 1984 Summer Games in Los Angeles and took a prelims gold as part of the 4×100 medley relay. Four years later, she won a relay silver in Seoul.

Though she had attended the University of North Carolina for the year leading up to the Olympics, Mitchell then transferred to Texas, where she ended up winning nine NCAA titles and being a member of the Longhorns’ national championship teams in 1986, 1987, and 1988. During that time, Mitchell set a world record in the 200 LCM back that stood for five years, while her American record held for 19.

Mitchell’s college experience in the mid-to-late ‘80s was right on the cusp of NCAA women’s swimming as we know it today. Mitchell’s first year of NCAA swimming was 1983-84, only a couple of years after the first NCAA Women’s Swimming and Diving National Championship. But in her opinion, the core experience of college swimming hasn’t changed much over the years.

“The thing that strikes me most is that the more things change, the more they stay the same,” she said. “My experience at Texas was awesome, transformative, and exciting. I was grateful to be there, there was high-quality competition in high-quality venues, and we were competing against the best swimmers in the country at an exciting time for the sport.”

She added: “I couldn’t have asked for more.”

As the director of athletics, physical education, and recreation at Caltech, Mitchell is one of a relatively small number of female athletic directors in the NCAA.

Mitchell’s advice to young women who want to go into coaching and sports administration is to “go for it” and find a good mentor — hers when she was starting her career was Donna Lopiano, then the director of women’s athletics at Texas, who is now regarded as one of the most influential women in sports for her decades of work in gender equity.

“I’d say yes, please, and do it — you’ve got a ready, willing mentor in me,” Mitchell said. “Specifically to young women, I’d say stop worrying about what gender you are. No amount of gender politics will make up for working hard and being good at what you do.”

Mitchell thinks that college athletic departments need strong leadership now more than ever, regardless of the leader’s gender. She says some departments have “mixed priorities,” valuing ticket sales and televised competitions over a student-athlete’s education.

“If you see it all through a lens of money, you can get sucked into a cycle,” she said, citing dropped men’s swimming programs, frequent weeknight games, oversize athletic facilities, and seven-figure coaches’ salaries as problems created by an overemphasis on college sports’ entertainment value.

“The arms race has gotten away from us and gotten out of hand,” Mitchell said.

Mitchell’s leadership framework places the experience of athletics over the entertainment value.

“The athletic endeavor has to have a grounding in education, and everything a young person gets from being an athlete is part of their overall education,” she said. “As administrators, we need to have philosophical educational underpinnings to every decision we make.”

Another huge responsibility of athletic-department administrators is to create a culture that prevents coaches from behaving unethically or illegally, especially in light of the Larry Nassar serial sexual abuse conviction and of allegations of sexual assault against other coaches, including Sean Hutchison, Ariana Kukors’s former coach.

“The hiring process for a coach who’s going to work with young people has to be vigorous, and it can’t be the business model of ‘one and done’ or ‘who do you know and who do they know,’” she said. “You have to look at how do multiple people view this person? What is this person’s background?”

Once coaches are hired, Mitchell says, it is important for an athletic director to be a supportive fixture on all the school’s teams — not micromanaging, but letting them know each team’s culture and student experience.

“I can pop up anywhere at any time,” she said. “If it’s not going to work for my men’s basketball coach that I’m going to knock on the door and go into his team huddle without notice … then they’re the wrong coach, for my program anyway, because that’s the degree of transparency and support and unity that we need.”

Mitchell also has found that asking athletes whether their coaches act differently when she is in the room can be especially revealing.

“As soon as the answer’s ‘No, Coach is really different when you’re here, Ms. Mitchell,’ then we have a problem,” she said. “Because that means they’re not confident, they’re not secure, they’re not able to navigate practices without some degree of fear or swearing. Or it’s just about ego — it’s about them as opposed to it’s about the kids. Any coach should welcome their boss and ask them, ‘How can we get better together?’”

https://www.youtube.com/watch?v=7s3eUjJxNS8
Can’t find the full race. But you can see her break the East German record by over a full second.

Is there such thing as a prelim gold medal versus a final gold medal? Doubt it! A gold medal is a gold medal and it was definitely well earned!

My brother Tom Wolfe loved swimming with Betsy and always recounted seeing her swim at the Olympics and chanting her name and she squinted into the stands figured out who it was and of course had the biggest smile. Thank you for being a role model for all genders,.

So proud of our ‘old’ friend and teammate!!

Mitchell’s WR of 2:08.6 in the 200 LCM back was an incredible swim. Keep in mind it was done during the era when backstrokers had to touch with their hands at each turn, nobody did the underwater dolphin, and tech suits weren’t yet in existence. All that all up and it’s worth a good four, maybe even five seconds difference.

AND she broke the previous WR by 5 seconds which had been set by an East German on roids! It was one of the greatest swims EVER.

Watched the video. She won the race by several body lengths. A total blowout and maybe a perfect swim.

All these years later her time is still pretty good. And she had to touch the wall with her hand on all her turns.

A great leader and visionary. Betsy has always been one of the best! So glad Swim Swam printed this. ESP/EPS!! We all love you Betsy.

So excited for our son to swim at Caltech in Fall 2020 under such a visionary athletic director. #caltechrising

Congrats to your son on his admission. What an accomplishment!

Congratulations! Caltech is a top notch academic institution and evidently they have a great athletic director to boot.