Video: Trans Swimmer Natalie Fahey on Her Decision to Transition 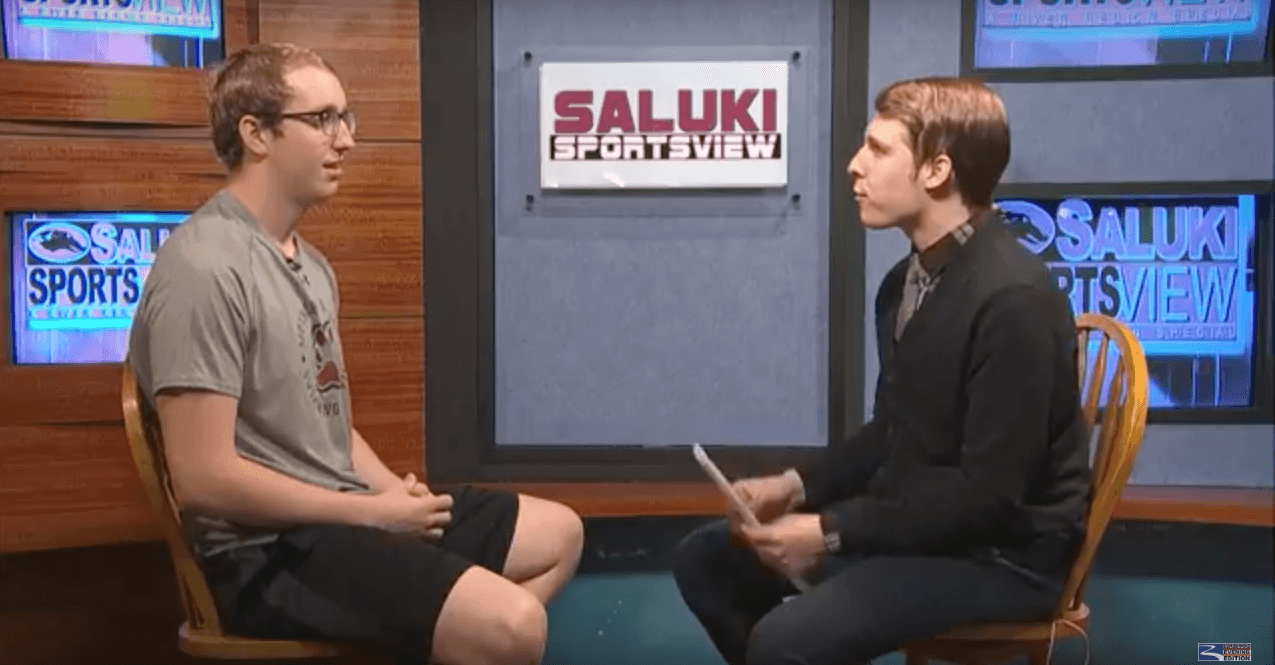 In this video, Natalie Fahey, the first openly transgender woman to swim at the NCAA DI level, talks about her plans to transition thisB coming season while competing in men's swimming. Current photo via Saluki SportsView

Southern Illinois University junior Natalie Fahey used to think she would have to choose between swimming and transitioning as an openly trans woman. This coming season, she will do both.

“My gender identity is something I’ve kind of struggled with since high school, and it wasn’t ever at the point where I felt like it was something I needed to deal with in the immediate moment,” Fahey told Justin Broom of River Region Evening Edition. “I thought I could put it off until I was done with swimming in college. But, it got to the point earlier this year, in this season, that I really realized it wasn’t something that I could keep putting off, and I couldn’t keep battling with not pursuing who I was while still swimming.”

“It was a really tough battle trying to figure out should I quit swimming and pursue transitioning, or should I not transition and keep swimming,” she added. “Ultimately I decided that the best solution for me was to transition and swim.”

“A big part of [deciding to transition] was self-actualization,” she said. “There is a trans man on the Harvard team, Schuyler Bailar, and he was a big inspiration to me, to see that this is achievable, and to see that people will work with me. There are rules in place, and there’s a whole procedure that is followable. This is a goal that I can do.”

In the interview, Fahey notes that she is excited for the opportunities and challenges of the coming year.

“My goal is to really work on my form,” she said. “I think I have mainly been a physical swimmer, and I haven’t really had the best form. I’m excited to have this new challenge of not having a huge amount of testosterone to rely on and being able to really tweak my form and different techniques with my swimming.”

Congrats! I wish Natalie the best and look forward to watching her swim next season!

What will she be wearing whilst competing in mens division ? Jammers or womans one piece?

That is actually an interesting question as the rules for the men state you cant wear something above the waist or below the knee correct? 10-20 years ago, this wouldn’t be an issue though. I would hope they would grant her a waiver or exception to the rule so that she could wear the appropriate suit, although (and I am not an expert in the transitioning process) maybe that would not be an issue in the first year or two of transitioning.

Wait, so men can wear a women’s suit that covers the chest and goes down to the knee?

If she/he does race men, she should not be allowed to wear a womens suit. Its an unfair advantage.

Congrats Natalie on choosing to keep sports in your life while you transition. Your visibility will be important to others, just as Schuyler and G were to you.

I competed against Natalie on the club circuit when she was at Lake Country, and she was always somebody I knew would give it her all in races. I know she is also going to give it her all as she lives authentically as herself.

“And I’m transferring to Arizona State”

CONGRATULATIONS Natalie. A tough decision. Remember those that matter don’t mind , and those that mind don’t matter. You are a true pioneer! Wishing you the best of luck!

I am so glad she had the courage to face this. You shouldn’t have to pick between continuing in a sport you love and embracing your gender identity. I’m glad there are rules in place that allow for both. She should be a role model for others dealing with this.