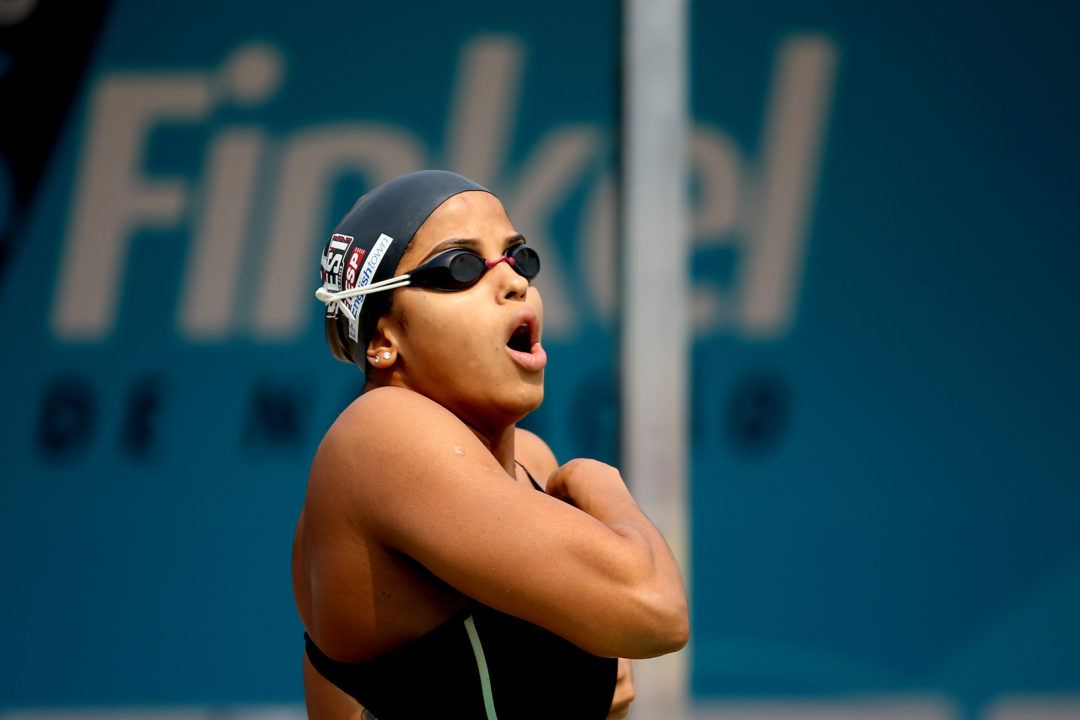 Brazil’s top female swimmer Etiene Medeiros broke the South American Record on Wednesday morning in the 50 short course meter freestyle. She swam a 23.88 in the heats, and finished the day a hair slower with a 23.91 in finals – still fast enough for the title and a spot on the Short Course World Championships team.

Medeiros scratched her first individual race, the 100 back, but did swim in a relay prior to this 50 free to confirm her presence at the meet.

Medeiros was the prior Brazilian and South American Record holder in the 50, having swum a 24.15 at the 2014 Jose Finkel Trophy.

She currently holds (or shares via relay) 11 South American Records, including the 50 free in long course (24.45) and the World Record in the 50 short course meters backstroke (25.67).

Medeiros is scheduled to swim that 50 back and the 100 free at this meet still. She’s trying to bounce back from a disappointing Olympics where she made just one final, that 50 free, and came out 8th. She was only 16th in the 100 free and 25th in the 100 back.

That came after the June announcement of a positive doping test, as result of a paperwork error, for which she was given just a warning.

Medeiros is the defending Short Course World Champion in the 50 back and the 200 mixed medley relay.