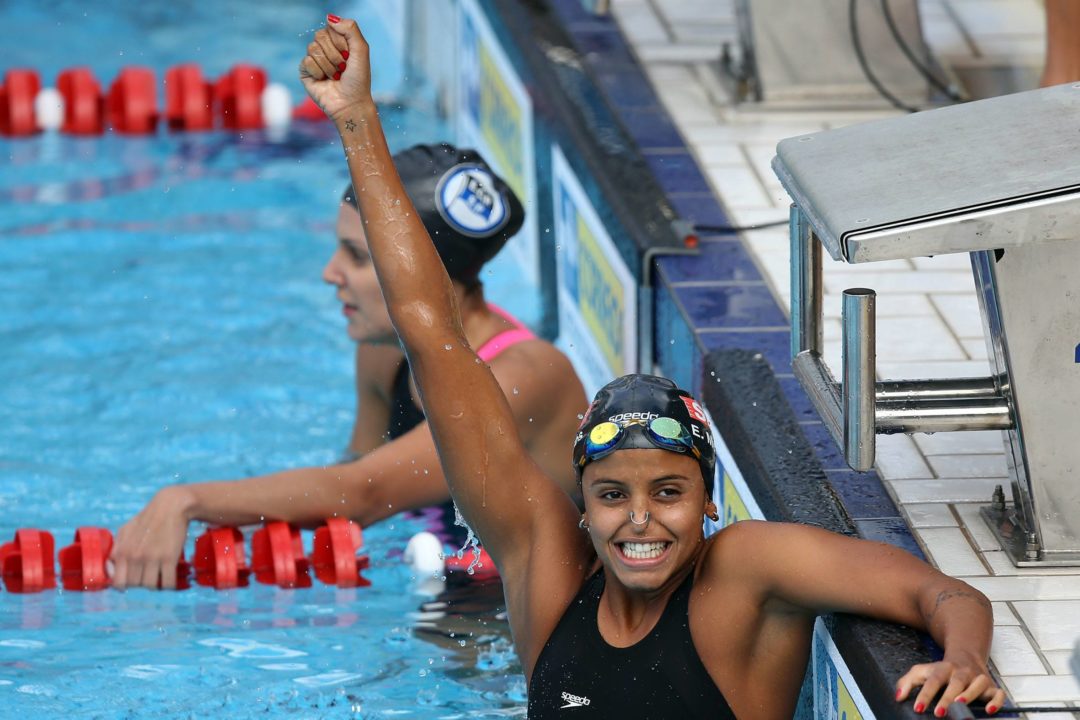 Etiene Medeiros surprised many winning the 50 backstroke and breaking the world record at the World Short Course Championships in Doha... Current photo via Satiro Sodre/SSPress

Etiene Medeiros was an obvious choice for this award. Medeiros surprised many winning the 50 backstroke and breaking the world record at the World Short Course Championships in Doha. She went into the championships with a lifetime best of 26.41 and dropped close to a second posting a 25.67 taking down Sanja Jovanovic’s record of 25.70 which she put up in 2009.

At the Brazilian Championships in Rio de Janeiro Medeiros set new South American records in the 50 freestyle, 50 backstroke and the 4 x 100 medley relay.

Earlier in the year she was also part of a mixed 4 x 100 medley relay which set a new South American record in the long course pool.

She ends the year as the top women in the world rankings in the 50 backstroke both short course and long course.

Her improvement over the last year has been impressive:

Honourable Mentions (in no particular order)