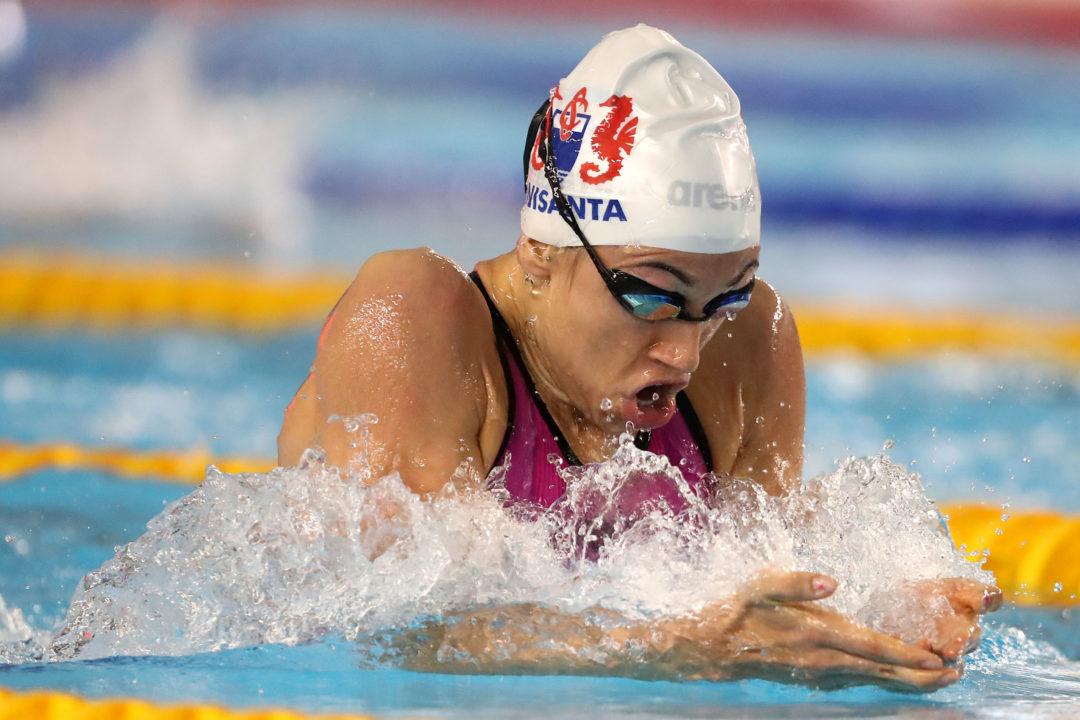 Julia Sebastian was the only South American woman to break a long course continental record in 2018. Archive photo via Satiro Sodre/SS Press

While Brazil is regarded as top-of-the-pile in South American swimming, and for good reason as they’ve won 13 of the continent’s 18 Olympic medals in swimming (or 19, depending on whether you consider Trinidad & Tobago a part of South America or not).

But Argentina, the continent’s #2 based on Olympic medals, had a banner year in the pool. Of the 10 women’s South American Records broken in 2018, 3 came from Argentine women. 1 was by Delfina Pignatiello in the 1500 free, and the other two came at the hands of Julia Sebastian.

Sebastian got the 200 breaststroke record in short course at the Jose Finkel Trophy in August, swimming 2:21.31, and earlier in the summer clipped the long cocurse record, swimming a 2:24.41 at Mare Nostsrum. That makes her the only South American woman to break a long course continental record in 2018. She even showed up at Brazil’s National Championship meet, the Maria Lenk Trophy, and took the meet title in the 200 breast in 2:27.29.

She added international medals via 2 silvers and a gold in the breaststroke events at the South American Championships. In the 100, she lost only to teammate Macarena Ceballos (by .18 seconds), but then in the 200, Sebastian broke the Meet Record and won by almost 5 seconds in one of the most dominant swims of the meet. In total, the Argentina women won 11 out of 20 possible gold medals at those South American Championships.