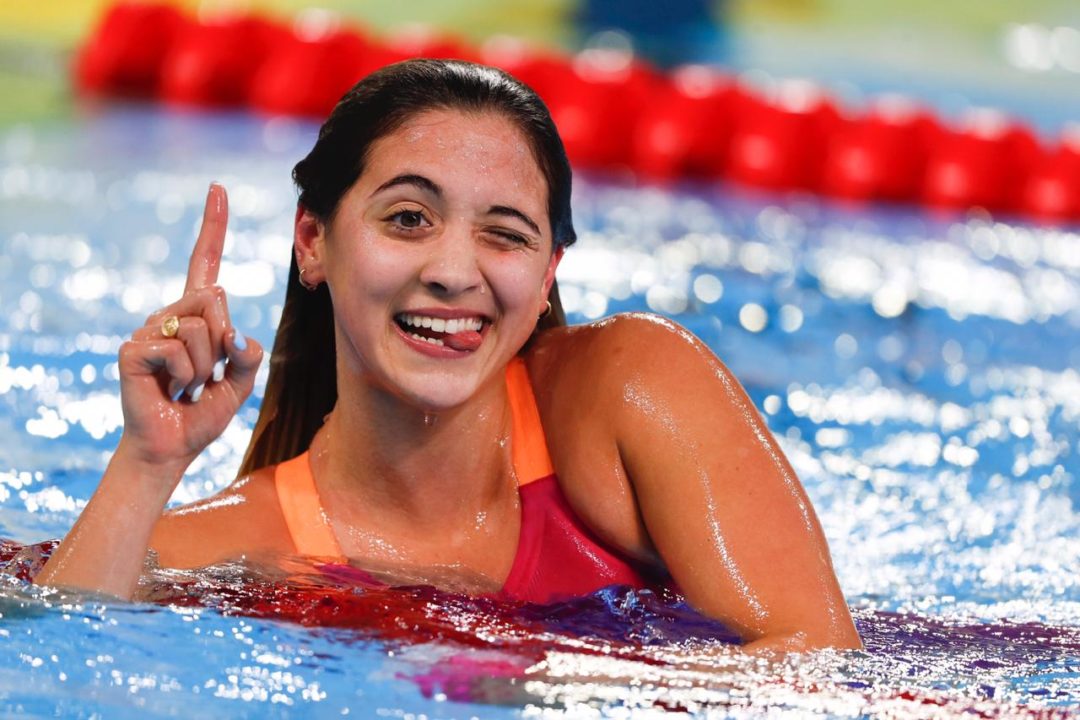 Your South American Female swimmer of the year Swammy winner is Delfina Pignatiello, who broke 2 South American records and won 3 golds at the Pan Ams. Stock photo via Prensa Lima 2019

After many successes on the junior level and in her home country, earning 3 medals (2G, 1S) at the 2017 World Junior championships, 19-year-old Argentinian Delfina Pignatiello has now established herself as an elite senior swimmer with her accomplishments in 2019.

Pignatiello started the year off by becoming the first Argentinian to qualify for the 2020 Tokyo Olympics at the 2019 Argentina Nationals in April. Already with that accomplishment, Pignatiello began to emerge as a senior swimmer.

After progressing from breaking national records to South American continental records, Pignatiello broke out as a senior with her performance at the 2019 Pan American Games in Lima, Peru. After the meet, Pignatiello walked home with 3 gold medals, sweeping the distance events (400/800/1500 free). Her performance was historic, as she not only was the first-ever Pan Ams champion in the women’s 1500 free but put Argentina on the medal table with the 3rd-most golds (3) and 4th-most medals (9).

Well deserved . Have watched her train . Tough women.
Remember when she swam with her AirPods in?