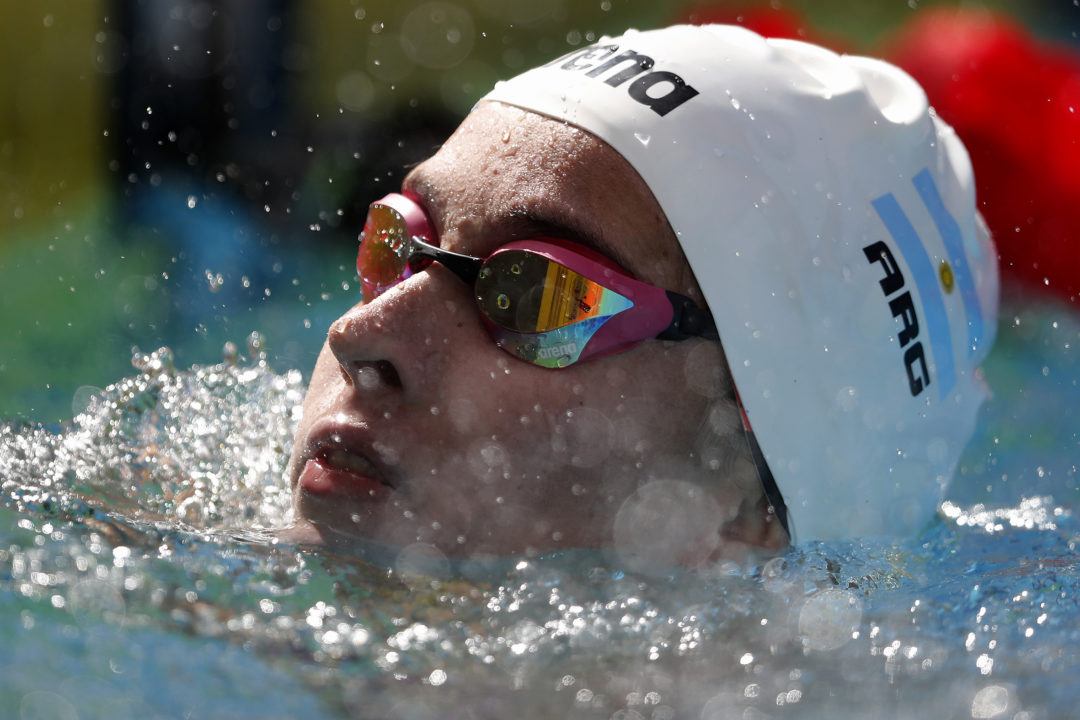 Distance ace Delfina Pignatiello became the first Argentianian to qualify for the Tokyo 2020 Olympic Games with her performance at the Argentina National Championships.  Archive photo via Satiro Sodre/SS Press

Distance ace Delfina Pignatiello became the first Argentianian to qualify for the Tokyo 2020 Olympic Games with her performance at the Argentina National Championships. On Saturday, Pignatiello raced to victory in the 1500 meter free, posting a 16:13.98 ahead of Chilean Olympian Kristel Kobrich (16:16.95). She’s the National Record holder in this event, boasting a 15:59.51 from the 2017 World Junior Championships.

Macarena Ceballos scored a 6th individual win of the meet in the 100 breast. She was about a half second shy of her best time, dominating the race in 1:08.64. National Record holder Julia Sebastian was absent from the race, but she did compete at the Maria Lenk Trophy last week. Also racking up the wins at this meet was Virginia Bardach. She collected her 5th win of the meet tonight, topping the 100 back in 1:05.65.

On the men’s side, National Record holder and Olympian Federico Grabich picked up his 2nd win of the meet. Grabich, who won the 200 free earlier in the meet, was the 100 freestyle champion in 49.30. That’s under the Pan American Games standard but still almost a second shy of the Olympic cut.

Brazilian standout Brandonn Almeida battled Argentina’s Santiago Bergliaffa, the National Record holder, in the 400 IM. Almeida took on the lead with his backstroke leg, holding off Bergliaffa through the free leg as Almeida won in 4:24.97 to Bergliaffa’s 4:26.15.

Can someone interview Kristel Kobrich at a Pro Swim Series or something? She swims at a lot of American meets and has been performing at a really high level for a long time now. She’s in her 30s and still swimming a 16:15 in the mile at in-season meets. Chile has had nobody at her level ever. Just really curious about her story.

Yes, and would also be interesting reading interviews about Delfina Pignatiello and Federico Grabich: what happened after the, so far, highest points in their swimming careers (Junior Worlds2017 for Pignatiello, Worlds2015 for Grabich).

I think Delfina was training in Qld. I did see her name in a meet maybe Miami .

Delfina had a rough year in 2018, with some personal and injury issues and all the pressure of being the favourite and most known local athlete in the YOGs. She is slowly getting to her form. Grabich peaked in the 2015 and then slumped, but started training in Australia like other argentinians and has been getting better lately.