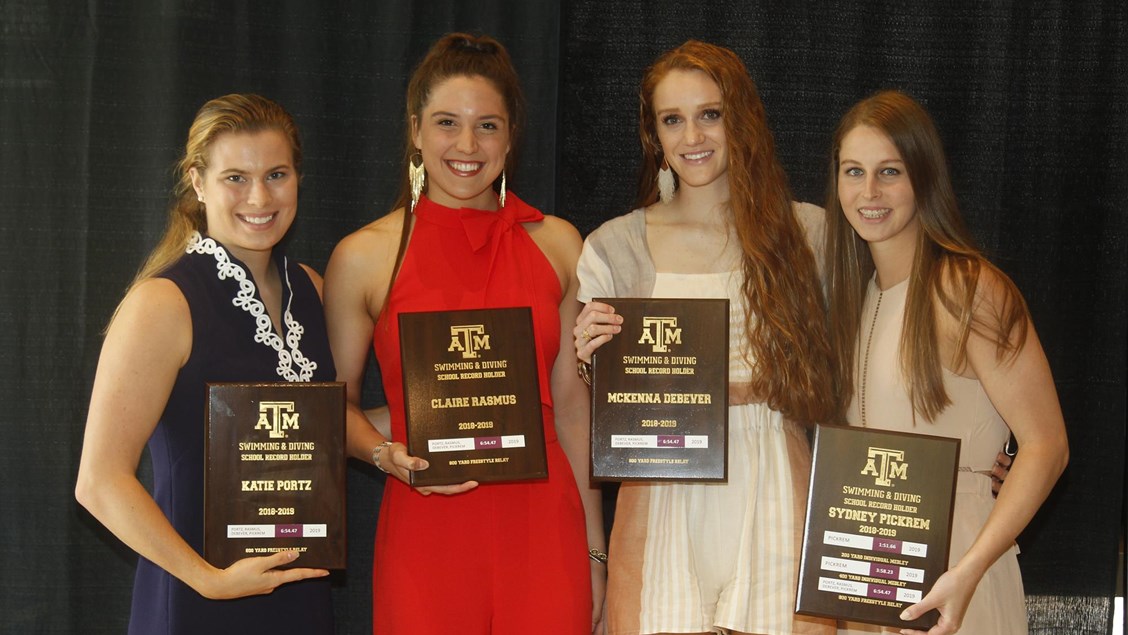 The Texas A&M men's and women's swimming and diving teams celebrated the accomplishments of the 2018-19 season at the annual team banquet on Saturday at the All-American Club at Kyle Field. Current photo via Texas A&M Athletics

COLLEGE STATION, Texas — The Texas A&M men’s and women’s swimming and diving teams celebrated the accomplishments of the 2018-19 season at the annual team banquet on Saturday at the All-American Club at Kyle Field.

Highlighting the afternoon was the naming of the season MVPs. From the women’s team, senior Sydney Pickrem won or shared the swimming honor for the third straight year, while junior Alaïs Kalonji took the diving MVP award for the third straight season. On the men’s side, senior diver Sam Thornton and junior swimmer Benjamin Walker shared the Danny Green Memorial MVP award.

Performance of the Year: Mark Theall’s school record and first-team All-America performance in the 500-yard freestyle at the NCAA Championships.