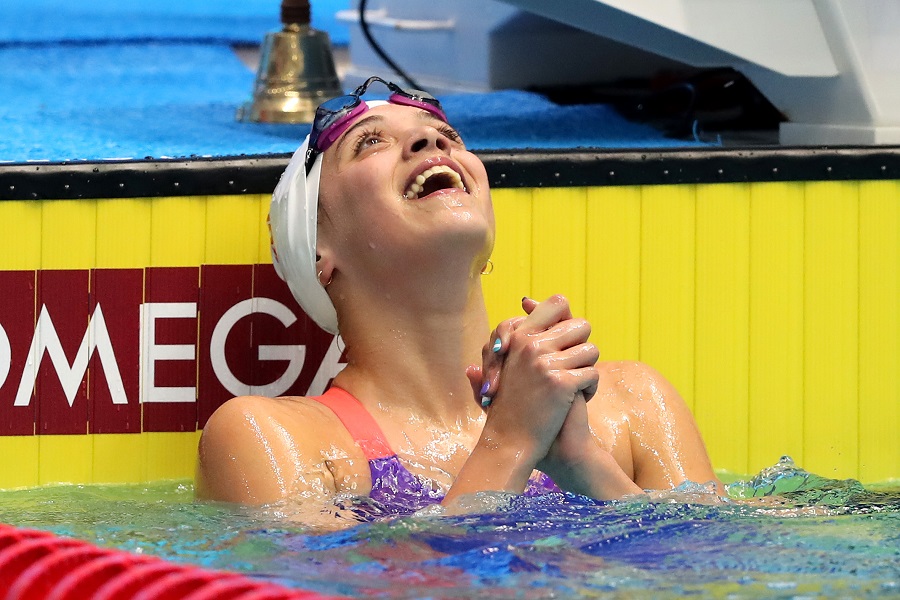 19-year-old Delfina Pignatiello re-broke her own Argentine national record in the 800 free, becoming the first South American female under 8:25 in the event. Stock photo via Satiro Sodre/SS Press

During the finals of the Canet stop of the Mare Nostrum tour, 19-year-old Argentinian Delfina Pignatiello broke her own national record in the 800 free with a 8:24.33. Pigantiello was in a tight race with Hungarian Ajna Kesely, but settled for second behind her winning time of 8:24.25.

What made the race more exciting? Pignatiello was spotted wearing air pods during the whole 8-and-a-half minute race. She would later joke on Twitter with a fan that there wasn’t any music playing.

Her previous mark was set at the 2017 FINA Junior World Championships, where her then lifetime best and national record of 8:25.22 won her gold.

they don’t fall out

would a tempo trainer be allowed in race? Tempo trainer rhythm could be saved as song, no? Honest curiosity

She might not be in the top 25 all-time, but isn’t she the fastest ever with Air Pods?

Turn back at 50mtrs x 16. You have reached your destination ..

Pacing aid 100% illegal- sounds like an honest mistake/no intent, lucky not to be DQ though

The ISL is really helping swimmers! We can finally afford AirPods!

Didn’t she go her previous best at Junior Words not World’s?