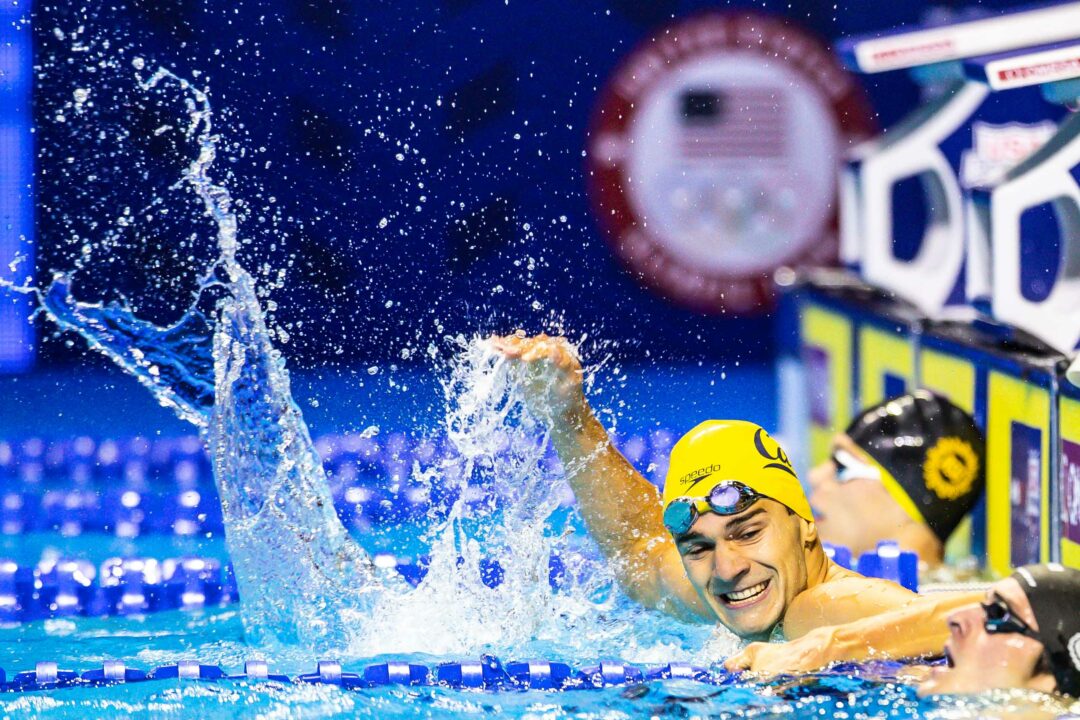 This morning, 25.8% of swimmers were faster than their seeds, with 38% of the men and 18% of the women besting their seed times this morning. Current photo via Jack Spitser/Spitser Photography

Yesterday during the first U.S. Trials prelims session, only 30.8% of swimmers improved their meet seeds, including Michael Andrew‘s 58.19 men’s 100 breast American record. This morning, 25.8% of swimmers saw seed improvements in prelims. Breaking down both genders, 38% of male swimmers bested their meet seeds while 18% of female swimmers dropped time from their entry times over the past two prelims sessions.

Pretty impressive to me that more people are dropping time than in 2016, especially considering the lack of energy on deck.

What meet are you at?? I’m feeling lots of energy

Relative to a normal trials I mean, the crowd is much smaller.

The men are getting it done!!!