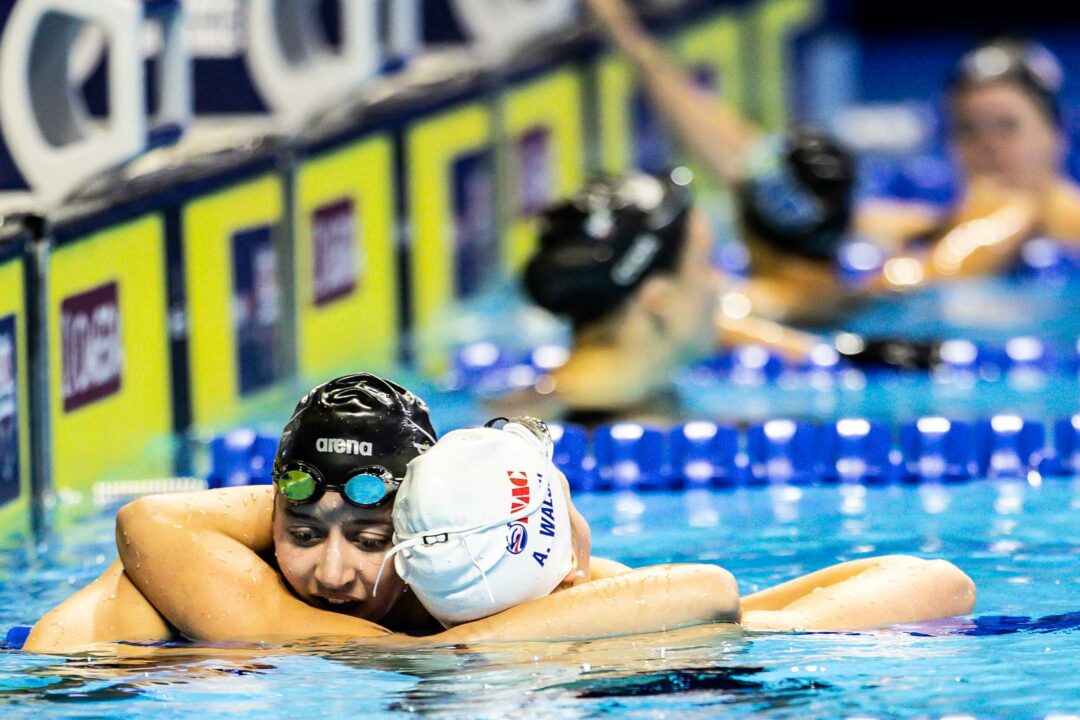 Douglass, who came back in 31.04, clocked 2:09.32 in the 200 IM final, making her the ninth-fastest American in history and the fifth-fastest in the world Current photo via Jack Spitser/Spitser Photography

That gives the Virginia teammates Walsh and Douglass the two Olympic berths, and it marks the first time since 2000 that four different women make it in the medley events.

It’s a painfully close third-place finish for Cox, who set a best time of 2:08.51 earlier this season and placed fourth in both IM events in 2016.

Huske, who was almost eight-tenths under world record pace with her 50 fly split, ended up fourth in 2:10.38, improving on her previous best of 2:11.18 and moving up from sixth to fourth all-time in the 17-18 age group.

Margalis’ bid for a second straight Olympic berth appears all but over after missing in the 400 IM and dropping the 200 freestyle. In Rio, Margalis took fourth in the 200 IM.

As long as she understands that comebacks don’t work in the Olympics. You can’t cede ground in an event in which everyone is peaking for maximum performance. The lead holds. Outlier examples are irrelevant. I can’t count how many times I’ve watched swimming and track athletes flabbergasted that their preferred late closing style was thwarted by frontrunners who had the audacity to keep going.

It’s IM there are always lead changes, and since Katinka isn’t in her top form, Walsh or Douglass could medal or even win the event.

i guess you haven’t watched many IM races? This isn’t 100 free

Just the mention of that race gets me hyped, that one was insane to watch live

This girl is so exciting to watch. She reels people in the last 15 meters of her races. Also keeps pulling PB’s in the last year. East coast represent!

Those last few freestyle strokes under the flags were just magical. It’s like she just knew how to time it perfectly to get in for second.