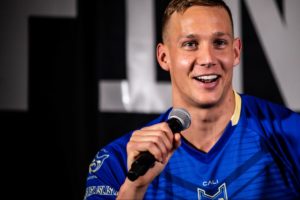 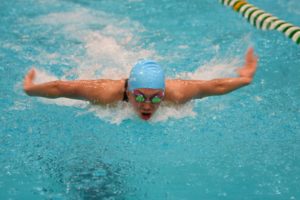 Torri Huske is a competitive swimmer who represents the United States internationally. Huske was first reported by SwimSwam in December of 2017, when at age 15, she blasted a 53.3 100 yard fly, which made her over 3 seconds faster in that event than she had been a year prior.

Huske continued her progression, and by the end of her sophomore year, was at the top of her class in the 100 fly, putting her 2nd on SwimSwam’s Way Too Early NCAA Recruit Ranks: Girls Class of 2021.

Less than 2 weeks after having a sensational meet at regionals, Huske was back to swimming faster than ever. At the state championships, she threw down a 51.29 100 fly, breaking both the national public school and overall high school records in the event.

Huske transferred her success to long course, showing her progress at the 2019 national championships. In the 100 fly she touched for 4th place overall in 57.80, breaking one of the oldest National Age Group records in the books, the 15-16 100 fly mark of 57.93 set by Mary T. Meagher in 1981. 15-year-old Claire Curzan was also under the previous record at 57.87, placing 5th in the heat right behind Huske.

On day 2 of the competition, Huske split 58.04 on the fly leg in finals of the 400 mixed medley relay to help Team USA earn gold as well as break the world record by over 1 second.

Huske again contributed to an American gold, this time on the 4×100 free relay on day 5.