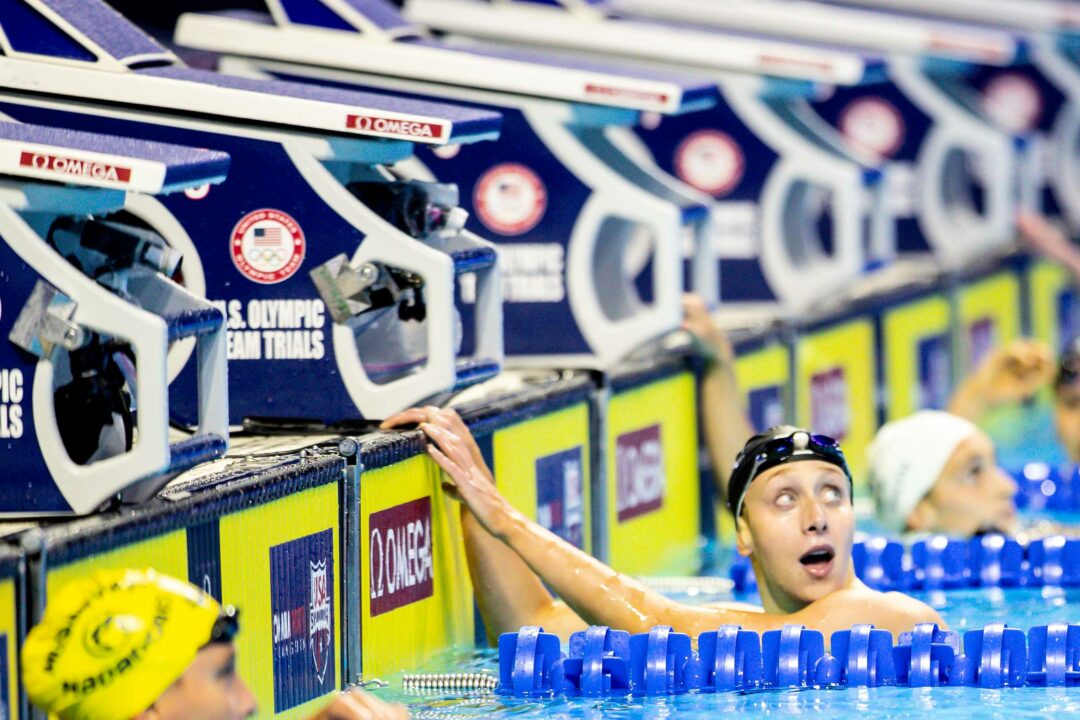 McG_H20 led the day two pick 'em standings as SpeedWinman and Nathank are tied with the current lead in the overall standings. Current photo via Jack Spitser/Spitser Photography

Leading the overall pick ’em standings after two days are SpeedWinman and Nathank with 117 points. SpeedWinman came out in second place on the day two totals at 77 points, tying with retiredswimmer97.

Nearly 1,000 people predicted that Katie Ledecky would win the 400 free (1097) while 917 entries picked Michael Andrew to win the 100 breast. However, only two people picked Paige Madden for the second place spot behind Ledecky.