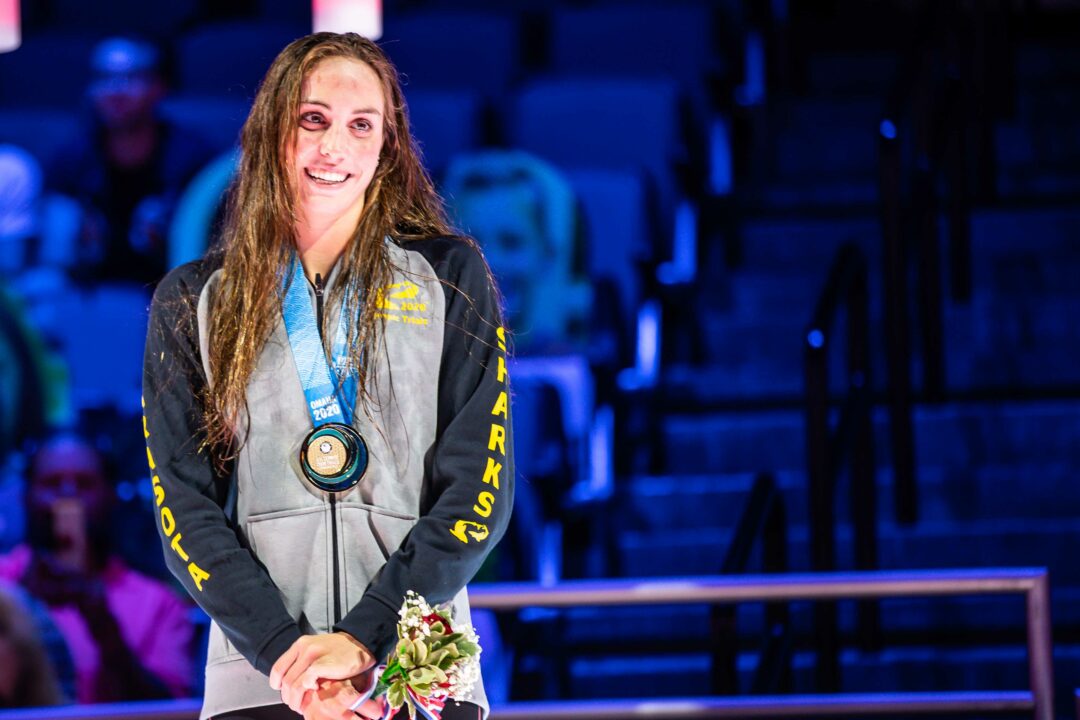 Night one of the 2021 U.S. Olympic Trials Wave II got the Pick ‘Ems contest off to an exciting start.

It was not a surprise to people that Chase Kalisz won the 400 IM, 467 people picked him to win. 370 people were confident Jay Litherland and Kalisz would make up the top two in some order, though only 351 people picked Litherland to get 2nd.

Kieran Smith’s victory in the 400 free was even less surprising to participants. 672 people picked him to win, while only 76 thought Jake Mitchell would snag 2nd place. This event had a lot of errors, though, as only 20 people predicted Smith and Mitchell would go 1-2.

But the most unpredictable event of the night goes to the women’s 400 IM. No one out of 1110 entrants picked Emma Weyant and Hali Flickinger to go 1-2. 42 voted Weyant would win, and 111 picked Flickinger to get 2nd.

The highest scorer in the men’s 400 free was ‘IIron Mountain Guru’ who totaled 25 points. ‘Coffeelvr1’ garnered the most points in the women’s 400 IM with 29 points.

Daily winners will receive a Speedo T-shirt, team kick board, and a pair of Vanquisher 2.0 mirrored goggles, while the grand prize winner will receive a techsuit of their choice, either the Pure Intent or Pure Valor. All prizes are courtesy of Speedo USA.

For Day 1, we have a three-way tie between ‘JanetM’, ‘Mike Mike Mike ‘, and ‘mattswimmer123’ and they all win prizes.

I hope @SwimSwam does this for the Olympics themselves!

We need an age handicap for this – add each competitors age to their total!

Well being at 1048, I’m hoping there is a prize for coming last at the end of the week Braden?

It looks like you are tied for 495th place with 29 points (I, on the other hand, am way down at #736…😆). When checking my results, I normally just use the search function to find my name on the page. Good luck!

This is a personal career highlight.

I mean, after the numbers you crunched ahead of the meet…should we be surprised? 😉