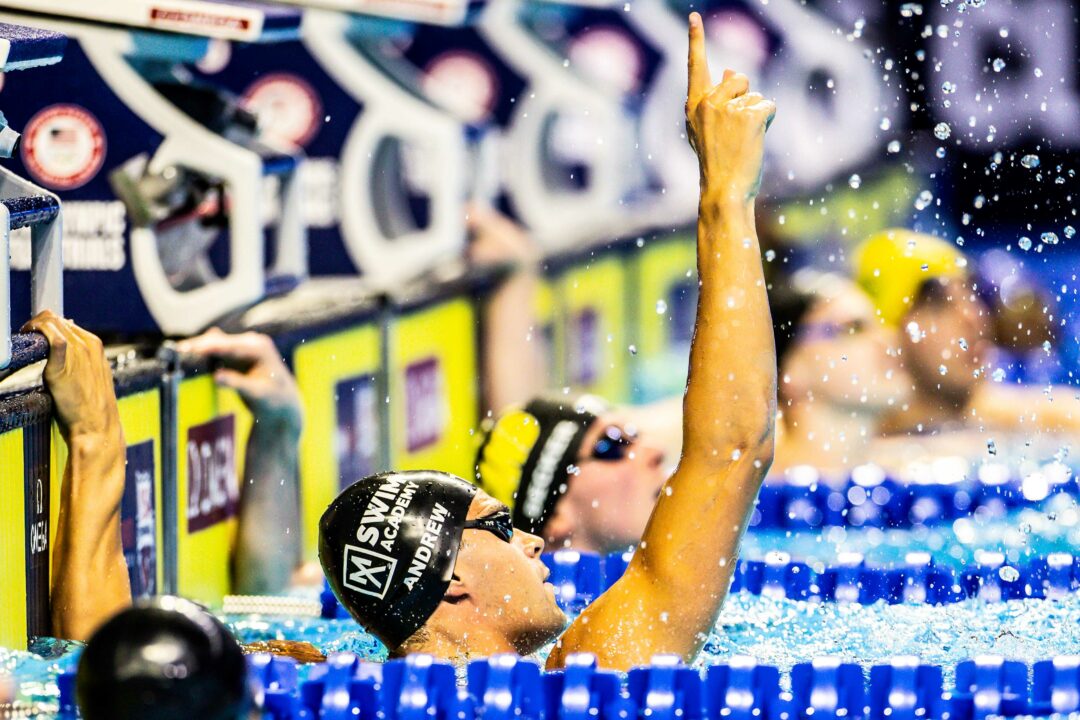 Andrew, who won the 100 breast and 200 IM earlier in the meet, closed hard to separate himself from the rest of the field and touch second in 21.48 Current photo via Jack Spitser/Spitser Photography

Anyway, Andrew needs to explain his withdrawal from ISL . He even removed his ISL ambassador status on his insta bio

We probably won’t get any vlogs/lengthy interviews until after the games where he would have a chance to address it. Even so, I’m not sure if he would explicitly explain the true reason why he and his team seems to be jumping ship from the ISL because he doesn’t seem like a person who is vindictive and burns bridges in professional opportunities. In his post-OTs IG post, he thanked all of his former sponsors by name like Adidas and P2Life, something I’ve never seen from a pro athlete.

At this point I’d guess the reason why the Andrew clan is choosing to dip is because of the league’s unclear finances. I know part of why the ISL was created… Read more »

Wasn’t the ISL mostly funded by some anonymous person?

He’s not anonymous. His name is Konstantin Grigorishin. He’s very well known in a certain part of the world. It’s worth spending some time googling him.

He doesn’t do well on the closing 50 tho