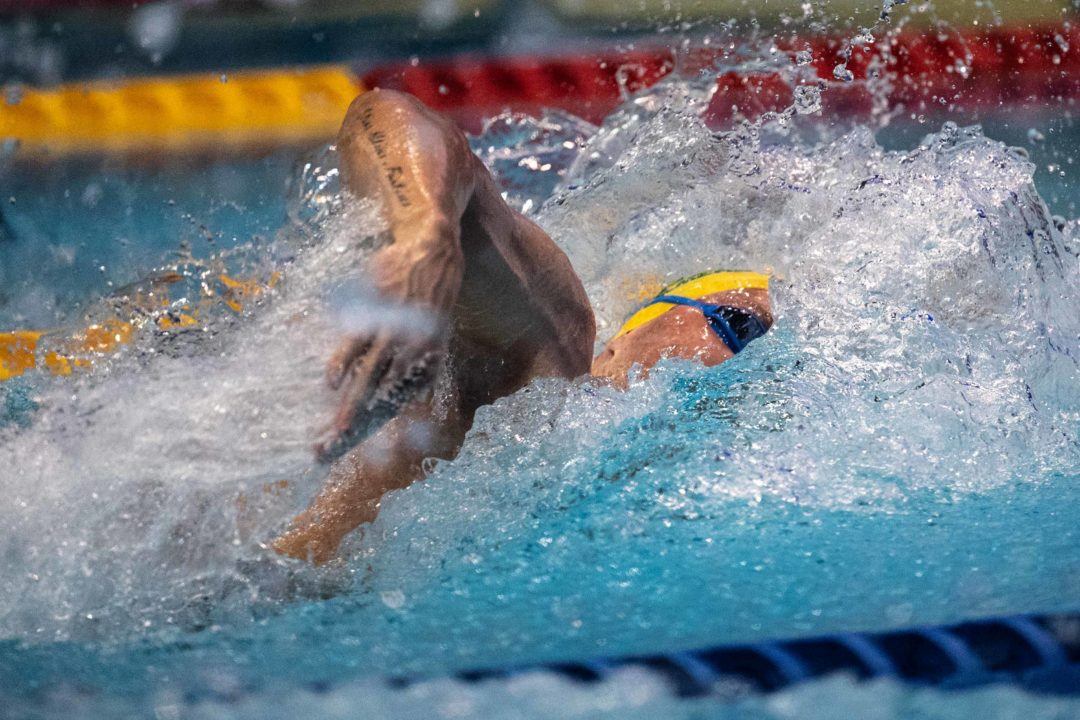 The Australian Olympic swimming team is changing up its individual event lineup fewer than 20 days away from the main event in Tokyo. Archive photo via Mike Lewis/Ola Vista Photography

The Australian Olympic swimming team is set to be one of the most robust of the entire Games when Tokyo comes to pass this month. However, the 35-strong roster has decided to change up its individual events now fewer than 20 days away from the main event.

As for 22-year-old Chalmers, the man is channeling all of his energy into the 100m freestyle title defense, in addition to the 400m free and medley relays. McKeon’s individual schedule already has the 50m and 100m freestyle races, as well as the 100m fly to keep the Griffith University star plenty busy without this 200m free event on her agenda.

On the decision, Swimming Australia head coach Rohan Taylor said, “The Americans have a target because they’re the proven performers at the Olympics.

“They are the number one – we’re trying to pinch as many as we can from them and we need to prove ourselves. They (the US) have got predictions that they will win all the female events – that’s great if they think that.

“It’s up to us to take those medals from them and we plan on trying to have a crack at it,” said Taylor. (Yahoo Australia)

At the Australian Trials, Chalmers fired off a big-time mark of 47.59 to rank as the 5th fastest 100m freestyler in the world this season. He also somewhat surprisingly took the 200m free title in a time of 1:45.48 over the likes of World Championships finalist Clyde Lewis and mid-distance free ace Elijah Winnington

As for McKeon, she ranks #4 in the world in the 200m free this season in 1:54.74, although many expect her teammate Ariarne Titmus to be the one near the top, if not actually on top, of the podium in this and other freestyle events.

Winnington will maintain his 200m free individual roster spot having finished runner-up to Chalmers at the Aussie Trials, but Tommy Neill, just 19, will now have this 2free event added to his Olympic schedule.

For the women, quickly improving Madi Wilson will be joining Titmus in the 200m free event. Wilson touched in a time of 1:55.68, a new lifetime best, to place 3rd at the Aussie Trials.

are there any further updates has horton been offered to swim the 800??

Mckeon scratching the 200 free opens up the opportunity to swim tamsin cook in the 4×200 heats and rest wilson, depending on how cook goes in the 400, how wilson goes in the 200 (both should make the final). then go:

Pretty sure Brianna Throssel would love a heat swim, and she has a faster PB than Cook. It’s a very close call as to who should swim the heat.

But I agree Titmus/McKeon/Wilson should be rested from the heat swim.

Good Choices overall.
Women 200 free.
Obviously won’t hurt the Aussies’ chances in 200 free as Arnie is the Gold Medal favourite. Mckeon would probably have fight for a minor medal. That’s it. I think Madi can get in to the finals as well.
Now Mckeon will be the favourite in 100 free and 50 free.

Great choice by Kyle as well. Potential 3 rounds of 200 free would hurt his chances in 100 free as Dressel will be more fresh than him at the time of race. Good for Neil. We might see a big time drop like Lewis had in 2019. Hard luck for Graham though 🤦

Good choice by Temple as well. Should… Read more »

Not surprised emma dropped the 200 she still has 3 individual events and 4 relays something had to give .She used to do the 200 because she never made the individual on the 50 and 100 free but times have changed

I wonder what Brett Hawke would say to Chalmers about this decision.

It makes sense for McKeon and Temple to cut down on their schedules but I can’t understand why Chalmers decided to drop the 200FS. I wonder if he initiated it or whether the coaches persuaded him. I’ve often been critical of the Australian tendency to shy away from racing. I recall in 2016 McEvoy won the 200FS at trials with a 1.45.4. Remarkably at the Olympics he skipped it and didn’t even swim in the 4X200! And we all know how much good it did him in the 100FS.

Exactly, this is a worry.

Perhaps his shoulder is still a concern.

. Rohan having fun with Ray Looze. . Relax guys , they are comrades & Rohan sent Jessica Hansen to train with Ray & Lily a few years back. ( Rohan was also a coach of Liesel Jones ).
BTW Rohan is an ethnic American.

Imagine if McEvoy now rips a 47.0 and takes Gold in Tokyo. That would really be something

Imagine if we have a McEvoy and CCampbell winning the 100m…back to the future!

That sadness I felt in RIO would then disappear.

47.0 probably won’t win it if Dressel hits his taper.

Even if Dressel hits taper, would he beat Chalmers? Doubt it.

Regrettably, they’ll be clearing the pigs for take-off on runway 1 at SYD airport before that happens. For whatever reasons, McEvoy has been “out to lunch” competitively since 2017. Am happy for Neill getting individual swims but decidedly ambivalent re McEvoy