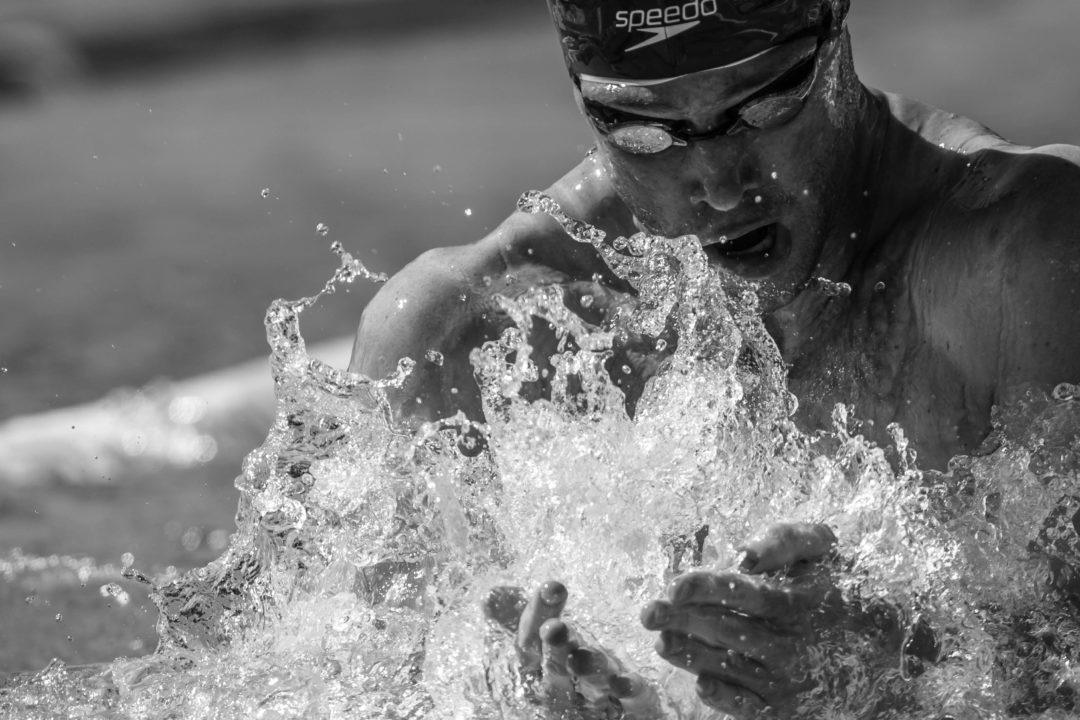 The Americans are the front-runners, but there is no margin for error in the mixed medley relay. Archive photo via Mike Lewis/Ola Vista Photography 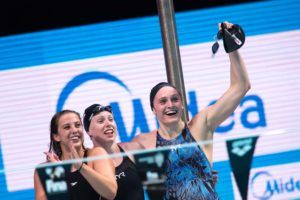 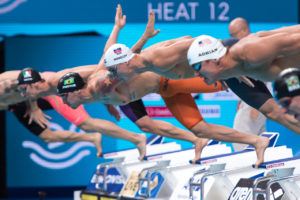 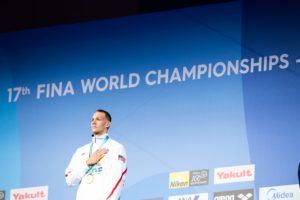 What first started off as a bit of a fun experiment will immediately be taken a bit more seriously with Olympic medals on the line in three years. Despite that, the race will still be fun. Who could forget the roar of the Russian crowd in 2015 as Vladimir Morozov attempted to mow down as many women as he could on the freestyle leg? Teams will have different tactics in the race, but in general, which is the fastest?

If every country had swimmers of equal strength, it would make the most sense to go men on back and breast, and women on fly and free. However, this won’t be the case for every country. This will likely be the case for the top countries, like the U.S., but others may have one star on one specific stroke that may not align with the conventional order, but will make their aggregate time faster. Let’s take a look at the countries in contention.

The U.S. will likely pop into your head first as the favorite simply because they’re so deep. And you’d be right. Their add-up from times posted this year gets them to 3:41.64, the fastest among anyone. If we take the average of their top swims from the past two seasons, they’re at 3:40.76, which is probably closer to where they’ll be (not including relay takeovers). Going off 2017 times won’t always tell the whole story, especially considering Ryan Murphy (51.85) and Kelsi Worrell (56.48) were both nearly a second faster last year than the fastest U.S. times this year (52.71, 57.38). If we use the season bests of Murphy and Simone Manuel in the add-up instead of Matt Grevers and Mallory Comerford, anticipating that they have a great chance of swimming the final, their season-best add-up bumps up to 3:42.19. But as the reigning Olympic champions in their respective races, we know they’ll perform on the big stage.

With the 100 back and 100 breast for men and women’s 100 fly all taking place before this relay, whoever emerges from those swims will likely get the nod in the final. Murphy or Matt Grevers on back, Kevin Cordes or Cody Miller on breast, likely Worrell on fly, and either Manuel or Mallory Comerford on free, whoever manages to outperform the other in the 400 free relay on day 1.

The one move they could potentially do is swim Kathleen Baker on back and Caeleb Dressel on fly. The difference between Dressel and Worrell was actually much greater (6.51) than the difference between Grevers and Baker (5.86) at Trials. With that switch, their 2017 add-up improves to 3:40.99. However, this is unlikely with Dressel’s packed schedule and the likelihood that Worrell and the male backstrokers will be faster in Budapest.

Though the U.S. will be the favorites, China is the team most capable of stealing the gold.

Defending champions Great Britain have their secret weapon in Adam Peaty, who is the most dominant swimmer over any single 100, but they may have to change up their order to keep competitive. Based off this year’s times, the conventional order only gets them to 3:44.23, with the retirement of freestyler Francesca Halsall being a bit of a blow. If they switch up the order a bit, subbing in Georgia Davies on backstroke for Chris Walker-Hebborn, and then put world #1 Duncan Scott on free, they get down to 3:42.88, putting them back in the mix.

If Australian backstroker Mitch Larkin returns to the 52-mid range on the lead-off they’ll be in contention for a medal, though the Aussies are relatively weak on breaststroke. Matthew Wilson was only 1:00.23 to win Trials, but a 59-mid leg would put them right in the race for gold. They’re very solid on the back end with Emma McKeon and Bronte Campbell.

Those will be the four main medal contenders. This next group should all manage to final, but would need one of the big four to slip up or not use their top swimmers to have a chance at a medal.

Japan, Canada and Russia all add-up to between 3:44.24 and 3:44.38, based on 2017 rankings. Japan is very solid on the first three legs, with Ryosuke Irie, Yasuhiro Koseki and Rikako Ikee all potential medalists in their individual 100s. The freestyle leg would be their weak leg, as Ikee is also their top option, though she’s better off doing fly. Chihiro Igarashi (54.98) has been the slowest freestyle leg this year out of the top teams.

Canada is another one of those teams that will likely switch around the order. They’ve got the world’s top female backstroker in Kylie Masse, and it would be advantageous to use her on that leg. They would then likely follow with Richard Funk on breast, Penny Oleksiak on fly (their men’s fly is weak), and then Yuri Kisil on freestyle.

The Russians are very similar to Japan. Solid up front on three legs, and then relatively weak coming home. Evgeny Rylov and Anton Chupkov will be competitive on the front-end despite being better at the 200 distance, and Svetlana Chimrova is an elite flyer ranked 4th in the world this year at 57.17. Veronika Popova is their weakest link, but is capable of a 53-mid split.

The French and Swedes appear to be out of luck. France doesn’t have a breaststroker on their roster, and Sweden’s team of three guys includes two breaststrokers and a distance freestyler. The hometown Hungarians? They’re capable of making the final.

If they utilize Katinka Hosszu on backstroke, and then Daniel Gyurta, Liliana Szilagyi and then one of their three 48-second freestylers, they’ll be okay. However, it seems very possible Hosszu sits out, at least for the prelims, which puts them in jeopardy. Laszlo Cseh or Richard Bohus on back and Evelyn Verraszto on freestyle would probably be the best move in that scenario.

That 8th spot could come down to the Hungarians and the Italians, who are fairly solid throughout their lineup. They’re weakest on the lead-off with 200 backstroker Matteo Restivo, but are decent after that with Nicolo Martinenghi, Ilaria Bianchi and Federica Pellegrini.

Germany won bronze in Kazan, but doesn’t have great prospects here. With no female breaststrokers or freestylers, they really only have one order they can use, and it’s looking like a 7th or 8th finish at best. The same is the case for Denmark, who have always been dangerous in the women’s medley relay but don’t quite have the top-end speed here. With no male backstrokers or breaststrokers on the team, they would need to swim two females first, putting them well behind, and Viktor Bromer and Anders Nielsen are far from 100m specialists.

The Brazilians would need Etiene Medeiros to be on her 2016 form in either back (1:00.0) or fly (58.4) to have a chance. Their men are strong on breast, fly and free, but Medeiros’ focus on 50s this year seems to close the door on them.

*Note: season and all-time best add-ups are using the specific swimmers in the predicted lineups

Is every country really going to bring their A team for this made up event?

it’s officially been added to the 2020 Olympics, so it’s quite possible.

All events are made up. What makes the mixed relays any less so?

It throws away medals.

no… it really doesn’t

USA is huge favorite!!
The Best line-up for them
Murphy/Grevers 52.5
Cordes 58.5
Worrell 56.5
Manuel/Comerford 52.6
Total: 3:40.1
(In The heats: Ress-Miller-Gibson/Comerford-Lia Nea or Smoliga-Miller-Phillips-Apple/Haas/Pieroni)

Great analysis! As long as we’re digging into minutiae, I wonder if the spreads for the free, fly and breast remain relatively constant when comparing flat starts and relay starts? One would probably surmise that there is no meaningful difference, but perhaps there is something in the nature of the strokes themselves or the inherent differences between men and women that might alter the spreads. Just a thought.