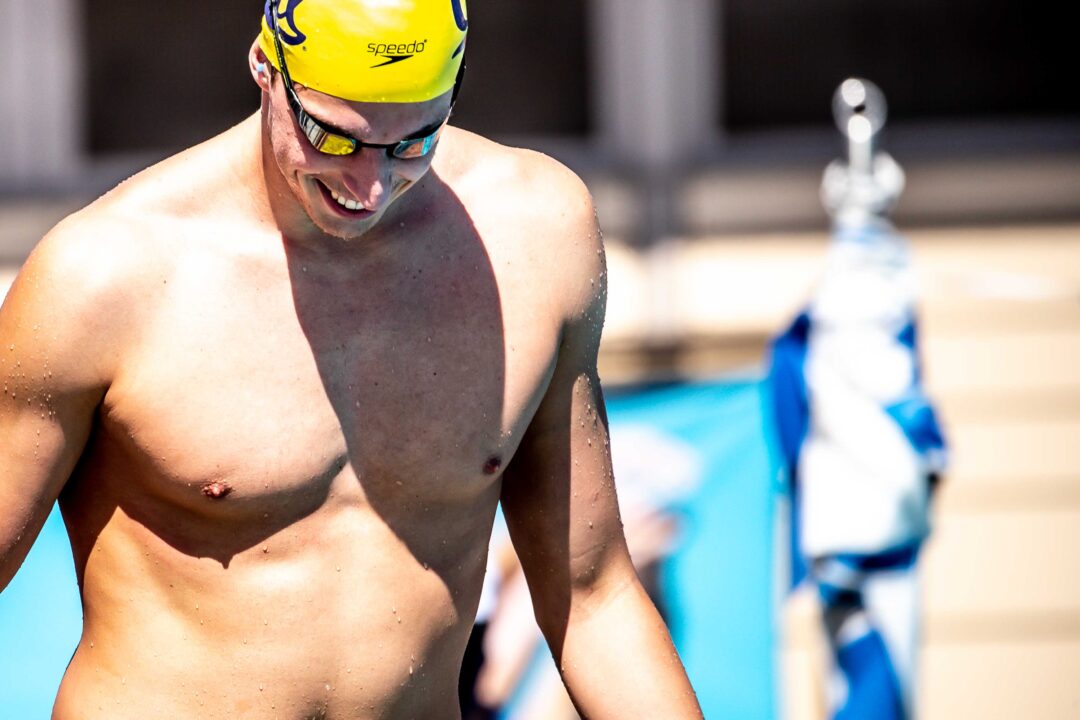 Bjorn Seeliger has taken over the mantle from Ryan Hoffer as Cal's go-to sprinter, and the Bears are looking primed for a repeat win in the 400 free relay. Archive photo via Jack Spitser/Spitser Photography

The bar has been raised in the men’s 400 freestyle relay this season, there are no two ways about it.

41-point swims are becoming more and more commonplace in men’s collegiate swimming, and we’re also a bevy of non-sprint free specialists like Leon Marchand, Hugo Gonzalez and Caspar Corbeau able to seamlessly step onto their team’s relay and throw down something fast.

With that, this year’s relay projects to be a razor-thin battle that will likely have important team title implications as the last event on the championship program.

Cal comes in as the defending champions, and though they’ve lost their fastest split from last season in Ryan Hoffer, the Bears have reloaded with freshman Jack Alexy, who has made massive strides this season.

Alexy has evolved into one of the best 100 freestylers in the country, ranked in a tied for ninth this season with his time of 41.77. Couple that with the performances of Cal sophomore Bjorn Seeliger, who ranks fifth at 41.51, and the Bears have arguably the best 1-2 punch in the entire race.

The Sun Devils reeled off four 41-point legs in the race, with Grant House (41.77), Carter Swift (41.46), Jack Dolan (41.46) and Marchand (41.26). While the race will come at the tail end of a busy four days of racing for someone like Marchand, having no relay prelims will work in the favor of a team like ASU, which doesn’t have the numbers some of the other top teams have and in previous years would’ve had to rely on their top guys a little more to get them through relay heats over the course of the meet.

ASU performed exceptionally well at Pac-12s, which begs the question of how they’ll fare at NCAAs. We haven’t seen them there since 2019, so it’s hard to say. But the talent is certainly there.

The third team in that Pac-12 showdown was Stanford, which was in the hunt through the 300-yard mark but just trailed off on the anchor as Seeliger and Marchand went off.

The Cardinal are spearheaded by freshman Andrei Minakov, who led off in 41.47 which ranks him fourth in the NCAA this season. Leon MacAlister and Ron Polonsky were matching 41.79s, and then Luke Maurer had a sub-42 split of his own earlier at Pac-12s in the 400 medley relay.

Stanford is maybe one star away from really challenging for the win in this race, but it’s certainly impressive how far they’ve come this season after placing ninth (2:50.13) at NCAAs just last year.

NC STATE FIGHTING TO RETURN TO TOP OF SPRINT HEAP

NC State has a long history of success in this relay at NCAAs, having finished third or better in five of the last seven seasons, including a pair of victories in 2016 and 2018. Coming off last year’s fifth-place finish, the team is revamped and eyeing a return to the top of the podium in 2022, especially after an emotional win over Virginia at ACCs last month.

The Pack hadn’t lost the relay at ACCs since 2012, and narrowly held off a hard-charging Virginia team to keep the streak alive in a time of 2:46.18.

NC State’s 100 free depth is pretty incredible this season. That ACC relay consisted of all four members (Luke Miller, Bartosz Piszczorowicz, Noah Henderson and Hunter Tapp) splitting between 41.3 and 41.7, and then they had a fifth swimmer, Sam Hoover, anchor the 400 medley relay in 41.42. In the individual 100 free, Nyls Korstanje cracked 42 seconds in the prelims (41.99), giving them six sub-42 options.

Virginia’s sprinting has been on fire this season, thanks in part to the transfer addition of Matt King, and it helped land them a new American Record in the 200 free relay at ACCs. In that 400 free relay, the Cavs trailed the Wolfpack by eight tenths going into the anchor leg, where King threw down a scorching 40.78 split to nearly run down Tapp.

Similar to Stanford in the Pac-12 picture, Virginia Tech was in the battle at ACCs, but ultimately fell off the pace down the stretch and took third. Still, the H20kies have individual 100 free conference champ Youssef Ramadan and all-around talent Carles Coll Marti splitting in the 41s, which puts them in the mix for a top-eight showing.

The other teams directly in the hunt for a top finish are Big 12 champions Texas, SEC winner Florida, and Ohio State and Indiana, who went 1-2 at Big Tens.

The Longhorns are lurking down at fifth in the seasonal rankings, but their lineup makes it hard to pick against them.

At the Minnesota Invite in December, Texas clocked 2:46.46, a swim that included a blistering 40.90 anchor leg from Daniel Krueger. The Longhorns were about a second slower at Big 12s, a meet they don’t taper for to the extent of other top programs at their respective conference championship meets, but Krueger was still 41.1 on the anchor.

Drew Kibler has dropped the 500 for the 50 free in his individual program this season, meaning he might have a little more speed than in years past, and Caspar Corbeau has turned into a very strong freestyler, splitting 41.5 mid-season.

Krueger and Kibler tied for second individually last season in 41.59, and Krueger ranks third in the nation this year at 41.45.

With Krueger and Auchinachie, Texas joins Cal and NC State as the only teams with two swimmers sub-42 flat-start this year.

Krueger and Auchinachie have shown enough consistency to have faith they’ll be (at the least) where they’ve been all season, and if Corbeau is in mid-season form and Kibler can drop a 41-low, Texas can win. At the very least, they’ll be in the thick of the battle.

And from what it looks like coming in, the team race between Texas and Cal will be razor-thin and could come down to this race.

HAS FLORIDA FOUND THE MISSING PIECE?

The Florida Gators were less than three-tenths away from winning this race last year, holding the lead at the final exchange before Cal’s Hugo Gonzalez ran down Trey Freeman.

This season, Florida has used Macguire McDuff in that spot over Freeman, as the breakout freshman joins Adam Chaney, Eric Friese and Kieran Smith. Those three split 41 at NCAAs last season and did so once again at SECs, including a pair of 41.3s from Chaney and Smith.

McDuff came into the conference championships with a best time of 43.49 and swam a trio of 42s, including going 42.24 to take fourth in the individual final. On the relay lead-off he was 42.6, and whether Florida finishes fifth or is in the fight to win could very well come down to McDuff, and if he can be 42-flat or better. It’s a tall order, but that’s just how close this race shapes up to be this year.

Ohio State and Indiana were head and shoulders ahead of the rest of the field at Big Tens, and even though they were only separated by eight-tenths of a second at the finish, the Buckeyes’ depth clearly sets them apart.

OSU has three men ranked inside the top 17 in the 100 free this season: Hunter Armstrong (41.54), Ruslan Gaziev (42.07) and Sem Andreis (42.08). Those three swept the individual podium at Big Tens, and on top of that, Alex Quach was 42.03 with a takeover on the relay, giving them one of the better quartets out there.

Indiana has Bruno Blaskovic and Van Mathias in the 41-high range, but would need Tomer Frankel to drop a few tenths to get down there and potentially have freshman Rafael Miroslaw breakthrough with a sub-42 lead-off (he’s 42.21 right now).

Indiana’s one of those teams that is capable of breaking into the top eight if everything goes right, while the same can be said for Ohio State and busting into the top three or four.

Note: SB add-up includes the four fastest flat-start times from the team’s swimmers this season. This may not be indicative of a team’s ability in instances where a swimmer who is used on the relay doesn’t swim the 100 free at a taper meet.

Dark Horse: Georgia Bulldogs – Though the ‘Dawgs were only 17th last season and rank 18th this year, it feels like this team should have more to give. I’m optimistic about improvements (41s?) from Matt Sates and Luca Urlando, and Dillon Downing‘s 42.0 anchor on the 400 medley relay is encouraging. Zach Hils provides a reliable fourth leg.

I think Florida will get faster 3 of 4 legs – not sure if they will get more out of Mcduff this year .though?

Wait until next year with Buff-McDuff leading off!

I think Buff is a junior in high school

Virginia has a great shot at winning this. I think it will be hard for Texas to keep up

Respectfully, I think you’re a little over zealous there

And I know a thing or two about over zealous-ness

Hard to pick against Cal even without Hoffer. Texas has the horses. Va and NC State will be tough as will ASU. 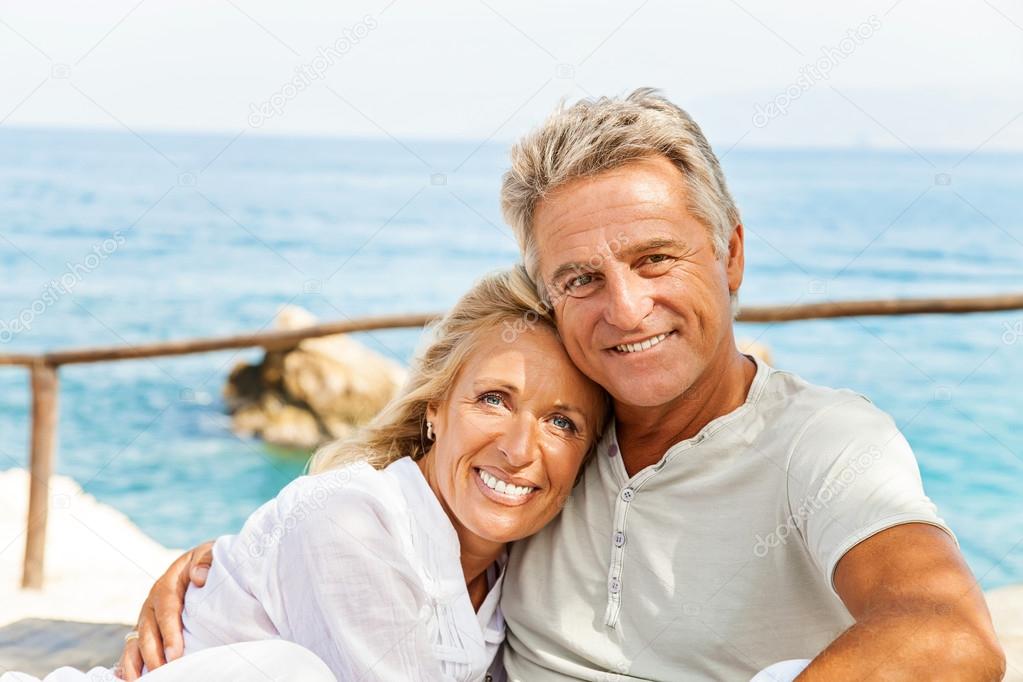 Thought experiment: how much faster could this relay be if it was in the front half of the meet rather than the last event?

My biggest prediction for this race is that someone screws up prelims and one of the top 5 teams doesn’t make the A final.

Very bold prediction considering there are no prelims this year.

Bold prediction Cotton, let’s see how it works out for him

I like Texas,NC state, and Florida. No particular order. It’s really going to depend on the team battle, if Texas has secured the meet by then I think cal will beat them in this relay but NC state and Florida should be close at this point so it’ll be a dog fight.