Michael Andrew Comes Within .01 Of American Record To Close Tokyo 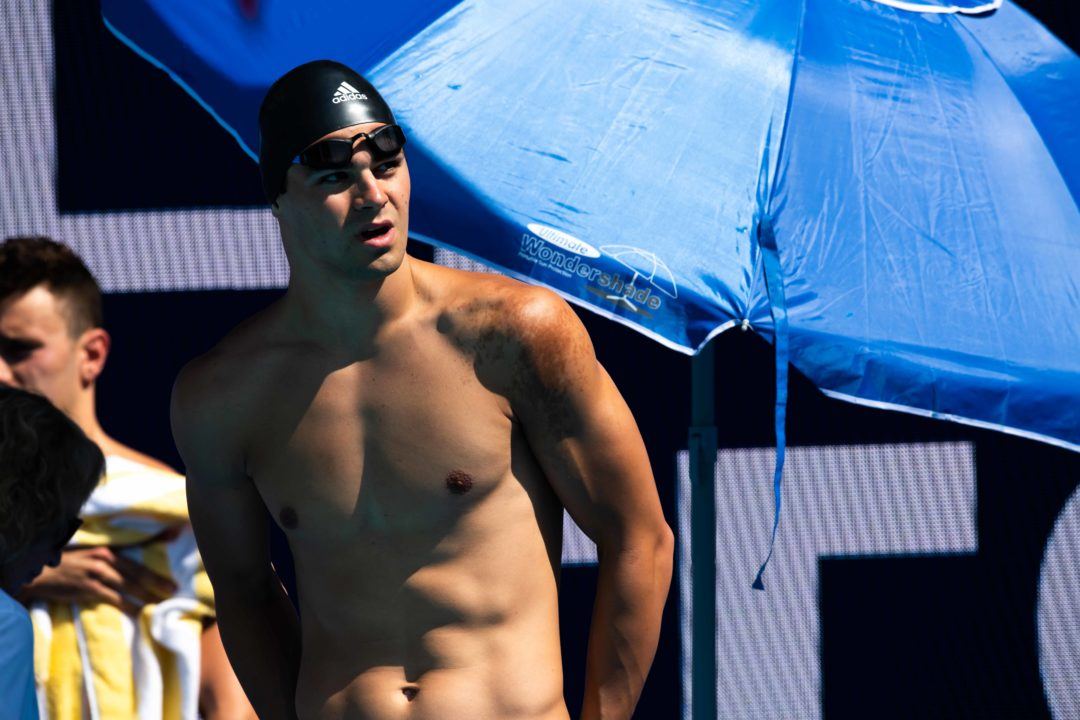 The final night of action in Tokyo was filled with national records, a world record and several eye-popping performances by the world’s best.

Producing his 2nd fastest time ever, Japanese Olympic champion Kosuke Hagino clocked a time of 4:01.93 in this morning’s ‘slowest heat’ of the men’s 400m IM to beat out the night’s final competition and take gold in Tokyo.

Hagino’s fastest 400mIM short course is the 4:01.17 he registered back in 2014 to take silver at the Short Course World Championships, so the fact the 24-year-old was within striking distance of that mark after taking a part of the summer off training is a good indication that he’s back on track.

Runner-up via winning the night final was Hungary’s David Verraszto who touched in 4:03.29, while reigning 200m breast World Record holder Ippei Watanabe gave Japan another medal with bronze in 4:03.52, a new personal best.

Japanese teen Rikako Ikee blasted a new Japanese National Record in the women’s 100m fly to beat out temporary training partner and World Record holder Sarah Sjostrom of Sweden. Ikee notched a winning effort of 55.31 to Sjostrom’s 55.76. You can read more about the race in a separate post here.

Russian Vlad Morozov kept his electric streak going, taking the men’s 50m fly in 22.29. That was enough to hold off America’s Michael Andrew, who finished just .10 behind in 22.39. For Andrew, his time represents his new personal best, overtaking his previous fastest of 22.76 by a large margin. The 19-year-old’s effort also falls just .01 behind Tom Shields’ American Record in the 50m fly event.

As expected, Takeshi Kawamoto of Japan worked his way up from 8th seed to take the bronze, notching bronze in 22.60. That’s just .11 off his own newly-minted NR clocked in October at his nation’s Short Course World Championships Trials.

We reported how China’s Xu Jiayu fired off a new World Record in the 100m backstroke, earning gold here in Tokyo in the fastest-ever mark of 48.88. You can read more about this historic performance here.

Both Kirill Prigoda and Anton Chupkov were circling the Russian National Record in the men’s 200m breast, with the former topping the podium in 2:01.30 to the latter’s 2:01.57. Prigoda holds the NR at 2:01.11 from the last edition of the European Championships.

In the ongoing cat-and-mouse bertween Sjostrom and Netherlands’ Ranomi Kromowidjojo in the sprint events, it was the Dutch racer who took the 100m freestyle tonight to try to even the score. 51.26 is what Kromo produced while Sjostrom was relegated to bronze by way of Femke Heeskerk‘s silver.

Veteran Heemskerk broke up the Sjostrom/Kromo party with a time of 51.38m her 2nd fastest outing of all-time.

In an Olympian-heavy men’s 200m free final, it was Australia’s Kyle Chalmers who got his hand on the wall first, taking the gold in 1:41.83. Spitting 49.55 on the opening 100m, Chalmers uncharacteristically went out the fastest of all competitors, with USA’s Blake Pieroni next in 50.01.

Clocking in 52.28, Chalmers clocked the only sub-1:42 effort of the field, but still has a ways to go to come within striking distance of Cameron McEvoy’s Aussie NR of 1:40.80. It does, however, sit as the 19-year-old Chalmer’s personal best now.

You can read more about Ohashi’s Japanese National Record here.

Vlad continues to own MA

For the second time Sarah Sjostrom gets only one gold medal in 5(!) her signature events: 50-100BU, 50-100-200FR. And who are those who she is losing to? Heemskerk, Kromowidjojo and Rikako. Big names, no arguing, but who are not even close to her in long pool in same events. Sjostrom won only one cluster and that is the long course one. Moreover there are serious doubts now in her overall win. She hasn’t lost to Hosszu at this stop but hasn’t been better neither. 15 points advantage that she stil had is not big enough to feel comfortable. Everything can happen. She lost 27 points to Hosszu in Beijing. This money chasing activity may serve her bad service downgrading her… Read more »

Do you have any idea how many times Phelps got his clock cleaned in between Olympics?

No idea, help me with that. My point was not about better or worse form in between Olympics. But there is probably a reason why outstanding LCM achievers prefer not to compete in short pool. It is either those competitions are not the major target of the season and they happen when swimmers are out of peak form or they may not dominant with this underwater/walls stuff.
Anyway, I was guessing if it worth from the business prospective to get involved into competition with doubtful success to get paid some money and risking with that the image of the superstar that worth more.
As great swimmer Sarah Sjostrom is she is not of the same overall magnitude as… Read more »

I don’t understand the logic behind decisions of Alia Atkinson. What was the reason to have this double tonight. She had no chances to be even #7 in the 100fly event but because of that she was 0.03sec short to have at least 12 bonus points in 50BR. That is the equivalent to winning some event.
Hosszu for instance finally got this simple wisdom and puts aside this “iron” stuff swimming nothing that can interfere with her 100IM race where she can get more or less high FINA score because of soft base time.

Not sure what’s happening with Mack Horton lately? He’s been rather inconsistent since that gold medal in Rio… I can’t pick when he’s gonna have a good meet or not

He was rather inconsistent before that gold medal in Rio too.

either got sick or turned away from the 200. his 400 has been decent in tokyo and good in eindhoven, but his LCM pb for the 200 is 2 seconds faster than what he did here…

Too many gifted Australian swimmers are pushed too hard at too young an age, and get injured or stall out.

Off topic, but is F. Manaudou furtively back in the swim? He had a 20.62 (relay start) today swimming for Marseilles in the French Interclub (and a 53.62 100 IM). Not too shabby for a handball player.
http://www.liveffn.com/cgi-bin/resultats.php?competition=56723&langue=fra&go=epreuve&epreuve=59

Imagine those 4 in the weight room

Morozov in LCM is like a roulette wheel. It’s either happening or it isn’t.

Seto holds the SCM Asian record in Watanabe’s best event 200 breast, so Watanabe definitely has the right to swim Seto’s best event too.

Feel free to post your best times @ age 19 so we can witness your greatness.

I’m sorry but I hate these arguments. I don’t wanna narrow it down to this example so who cares about how old certain swimmers are? Why does it matter what it says in their birth certificates when they are usually light years ahead of their peers biologically (Andrew, Kolesnikov, Sedov, Gyurta back then, etc. just to mention a few)

Sad to see him doing so well – while training “the wrong way”? Get used to it!