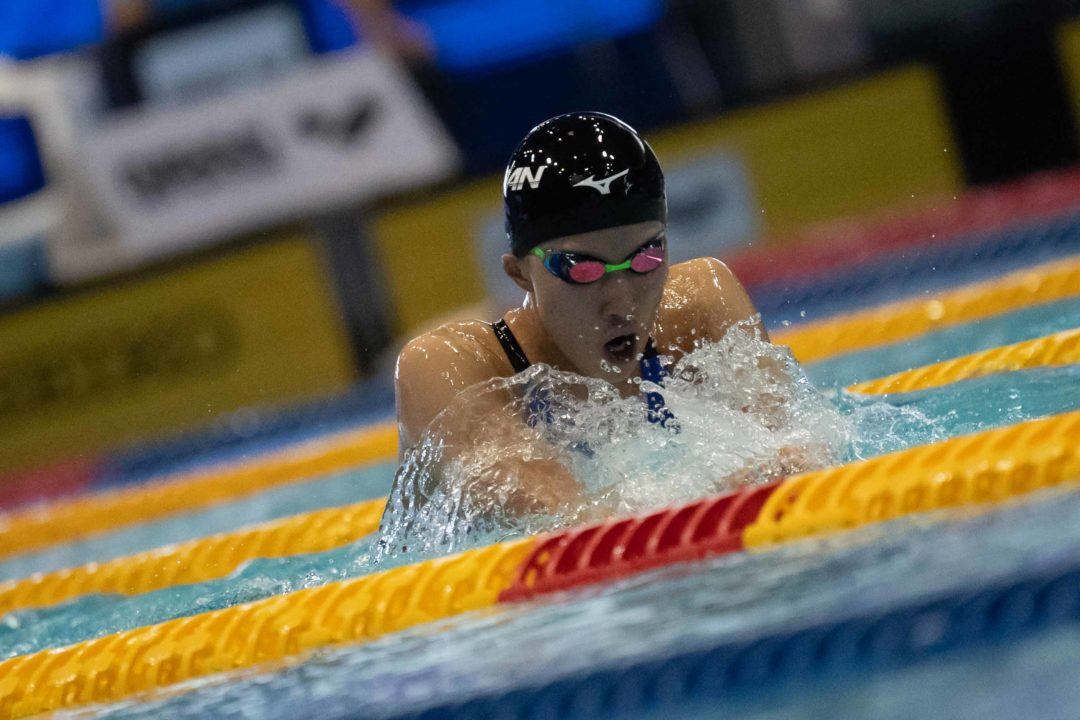 While teammate Rikako Ikee was nabbing a new National Record in the women’s 100m fly, Yui Ohashi was doing her own damage to the women’s 200m IM event.

She was faster than Hosszu on the breaststroke leg, with her 36.50 surpassing the 36.82 of the Iron Lady, but Ohashi couldn’t keep pace with the Hungarian’s closing 50.

Ohashi is coming off an enormously successful summer, which included 200m IM and 400m IM gold at the Pan Pacific Championships, followed by 400m IM gold in Jakarta at the 2018 Asian Games.

The IM powerhouse will not be representing Japan at the Short Course World Championships this December. In her stead, Rika Omoto, Sakiko Shimizu, Runa Imai and Miho Takahashi are on the roster to contest IM events in Hangzhou.