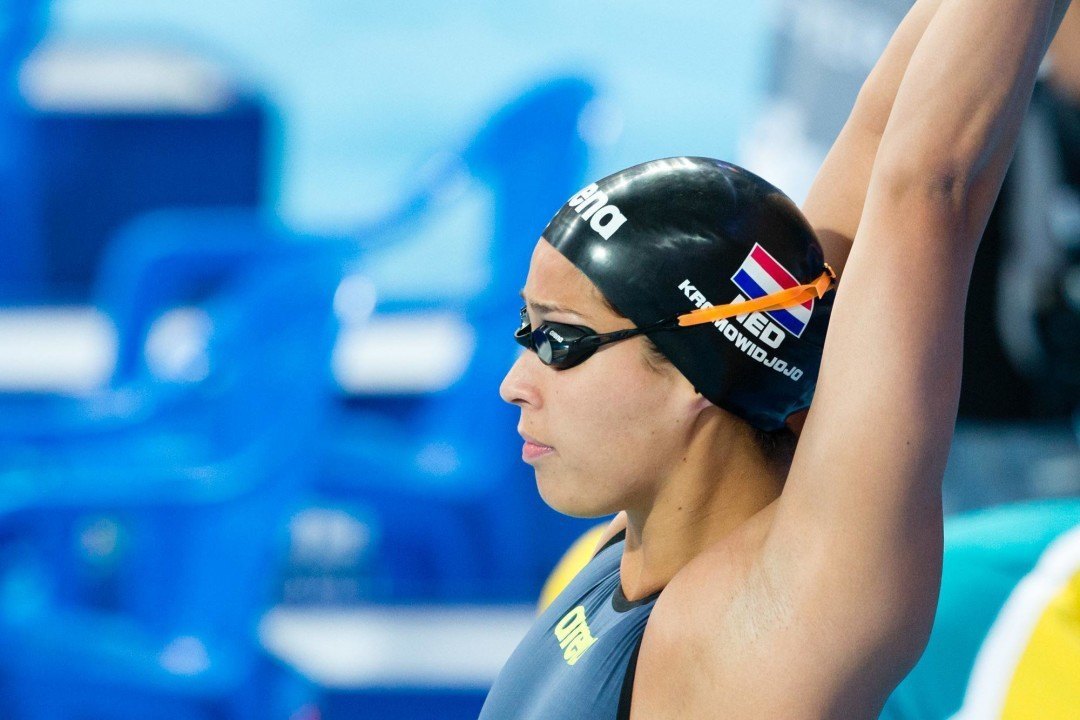 Day 2 finals of the FINA World Cup stop in Tokyo were highlighted by a pair of historical performances from Vlad Morozov and Ranomi Kromowidjojo. Archive photo via Tim Binning/TheSwimPictures.com

Day 2 finals of the 2018 FINA World Cup stop in Tokyo were highlighted by a plethora of records being broken, as some of the sport’s biggest stars put on a show with some very exciting racing.

In the opening event of the session Katinka Hosszu and Yui Ohashi went head-to-head in the timed final of the women’s 400 IM, with Hosszu using a superior freestyle leg to win in a time of 4:21.91, her fastest showing since August of last year. Ohashi took 2nd in 4:22.73, breaking the Asian Record in the event previously held by Ye Shiwen (4:23.33) from 2012.

Wang Shun and Li Zhuhao set a pair of Chinese records, and we also saw a new Russian and World Cup mark from Vladimir Morozov in the men’s 100 free, and Ranomi Kromowidjojo moved to #2 all-time in the women’s 50 fly with a new Dutch Record.

In the men’s 100 free, Morozov continued his hot streak with a win in 45.16, lowering his own Russian and World Cup records of 45.23 set last August. Kyle Chalmers was the runner-up in 45.78, his first time under 46 seconds, and Blake Pieroni was 3rd in 46.79. You can read more about this record here.

And then in the other major record of the day, Kromowidjojo broke her Dutch record of 24.53 to win the women’s 50 fly in 24.51, edging out Sarah Sjostrom (24.58) by seven one-hundredths. Kromowidjojo’s swim also moved her past Sjostrom for #2 all-time in the event, now only trailing Therese Alshammar (24.38). Read more on that here.

Another national record fell in the men’s 50 back, as Dylan Carter lowered the Trinidad and Tobago mark that he had set in the prelims in 23.43 to place 4th. Xu Jiayu won the event in 22.87, just 0.17 off of his Chinese record, and Michael Andrew (23.17) set a new personal best in placing 2nd. For Andrew, that improved his 23.19 from the Budapest stop in October.

Sarah Sjostrom has to buy a good dinner to Alia Atkinson tonight. She needs her to swim 28.92 tomorrow, so Hosszu wouldn’t receive any points for quality swim. That will keep her chances to win third cluster still alive and will protect her overall win. We are talking about $65,000 here.

how many less than .1 second places does Sjostrom have this world cup? jeeze

Sjöström has had nine close losses over the last three World Cup stops, where she was beaten by 0.13 s or less.
Let’s hope Sarah gets a break, and have the margins on her side, in the 100 free and 100 fly tomorrow. 🙂