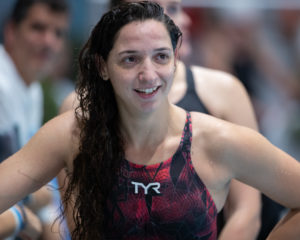 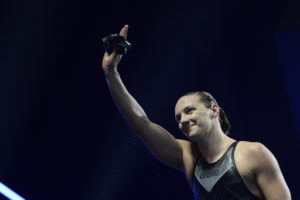 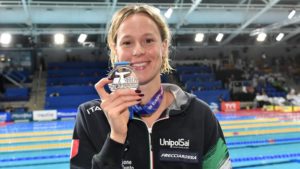 Federica Pellegrini is one of 6 swimmers, and 30 athletes, who will vie for 4 elected spots on the International Olympic Committee’s Athletes’ Commission.

Swedish swimmer Sarah Sjostrom was named her country’s 2018 Female Athlete of the Year at the Svenska idrottsgalan (Swedish Sport Awards)….

Ranomi Kromowidjojo had the 3rd fastest swim in history to win the women’s 50 fly.

Look for potential duels between Katinka Hosszu and Kelsi Dahlia in the longer fly races, while Ranomi Kromowidjojo looks to monopolize the 50m fly sprint.

Day 2 finals of the FINA World Cup stop in Tokyo were highlighted by a pair of historical performances from Vlad Morozov and Ranomi Kromowidjojo.

Ranomi Kromowidjojo’s 24.51 swim in the 50 fly moved her past Sarah Sjostrom for #2 all-time in the event.

Sarah Sjostrom’s 23 medals are the most-ever by a woman at the European Aquatics Championships. Her 14 golds are the 2nd-most ever.

The Ever Evolving Vision of The Race Club

The original vision of The Race Club was to develop Olympic medalists. Since that time their vision has evolved. Now they are focused on teaching athletes and coaches how enhance their training programs…

Amid an atmosphere when Brazilian swimmers are being fired from their clubs for being “too old,” Nicholas Santos became the oldest swimmer in history to win a World Championships medal today.

Sarah Sjostrom collected her 4th win of the Swedish Summer Nationals today in the 50 fly.