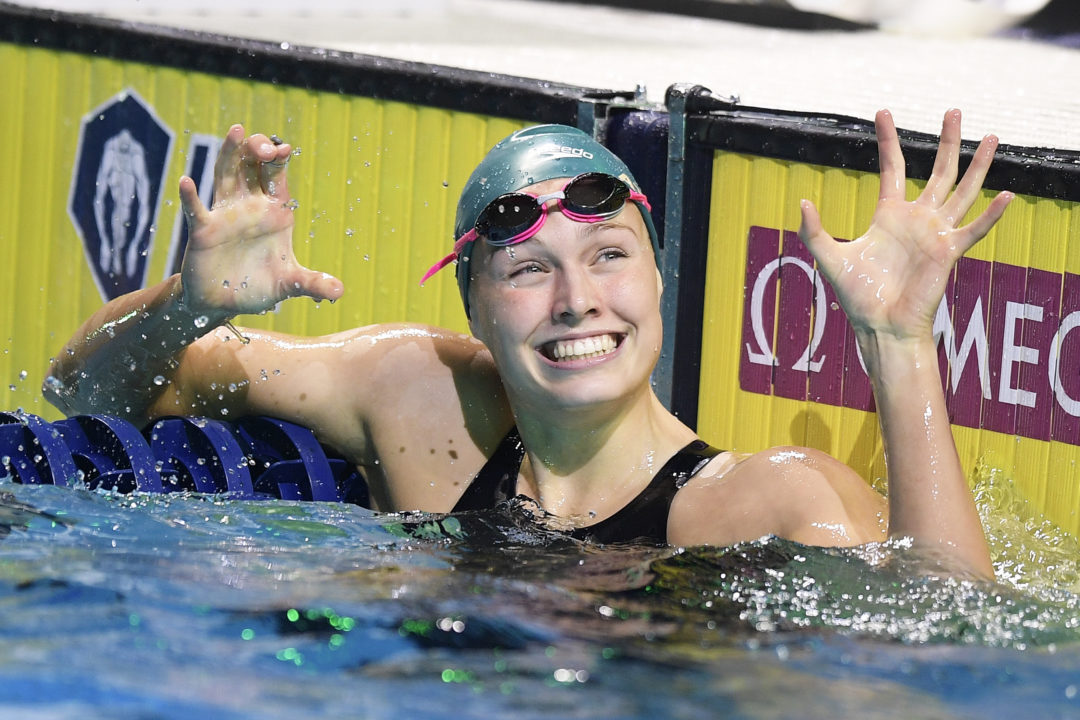 A collection of the Top 10 fastest swims in each event from the 1st season of the ISL -We've broken it up into women's swims here; men's article linked within Archive photo via Fabio Ferrari/LaPresse

We’ve compiled a list of the Top 10 swims in each event from what was the inaugural year of the International Swimming League. The league doesn’t seem to be keeping records, so we’ve done it for you instead. These records will be a great reference point ahead of the second season later this year.

Although there are still many details yet to be confirmed, some changes for season 2 have already been announced. One such change is the introduction of ‘Jackpot Times’, which is essentially a point-stealing rule. You can read more about the specifics of the rule here.

In theory, this will put more of an emphasis on times this season. Athletes look to gain extra points (a lot in some cases) by beating their competitors by as big a margin as possible. Swims like Daiya Seto‘s World Record in the 400IM (where he beat his competition by 5 seconds), or Katie Ledecky‘s 400 free which was just 0.14 off the WR, would have been rewarded considerable extra points if this rule had been in play last season.

A 5-week training camp and competition is the revised plan for ISL Season 2, and is reportedly taking place in Budapest, Hungary. Announcements of rosters are expected in early-September. You can read more about the plans here.

Isn’t that freestyle relay faster than the world record?

FINA World Records in relays must be set by swimmers of the same country. If that rule wasn’t in place, then every year there would be some kind of “all star relay meet” where the 4 fastest swimmers would get together and swim a relay just to break the World Record and collect on their World Record bonuses.

Unlike FINA’s quibbling about individual World Records set during ISL meets, this one-country rule isn’t related to ISL and has been around for a long time.