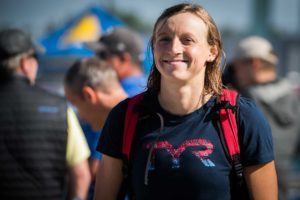 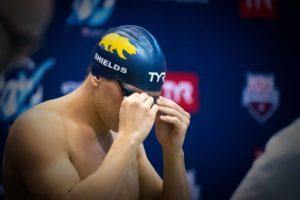 U.S. Olympian Tom Shields, a California postgrad, has scratched out of his signature 100 fly. Shields, however, will still swim the 200 free. 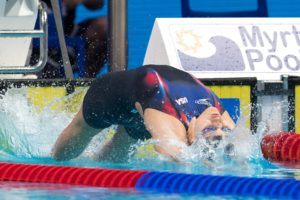 Read up on the top 5 storylines to watch at PSS Des Moines, featuring Regan Smith/Kathleen Baker/Olivia Smoliga’s first 100 back battle of the year.

Born July 28, 1993 to parents, Billy and Tammy, Josh Prenot is a graduate of the University of California, Berkeley. He is a 2016 Olympian, and won a silver medal for his efforts in the 200 Breast at those same Olympics in Rio.

The Physics major is from Santa Maria, Calif. where he was home-schooled and swam for Santa Maria Swim Club. Prenot is extremely versatile, and has done the rare butterfly/breaststroke double, but his specialty is the IM. He’s been a member of the U.S. National Team in the 200m breaststroke and both the IM events. In club swimming, he focused on the long course events more heavily than the short course season. Even though he was a top recruit in the 2012 recruiting class, his ranking didn’t completely reflect his talent and ability due to his short course times. He holds Cal’s fastest 200 and 400 IM and 200 Breast times in history. 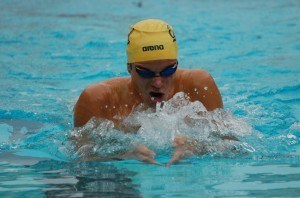 During his freshman season he was named the Pac 12 Newcomer of the year after taking the title in the 400 IM. At the NCAA Championships Prenot placed fourth in the 400 IM in a school-record time, and also finished fifth in the 200 breaststroke and 200 IM earning him All-America honors.

2013-2014
At the 2014 Pac 12 Championships Prenot repeated his title win in the 400 IM, and moved up a spot to finish third at the NCAA Championships and set yet another new school record. He came in fifth in the 200 IM, and earlier in the year set a school record in that as well. 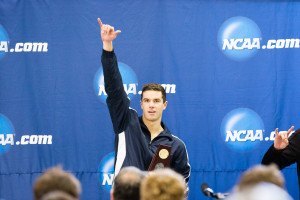 As a member of the USA Swimming National Junior Team he placed fifth in the 400m IM and sixth in the 200m butterfly at the 2010 Junior Pan Pacific Championships. 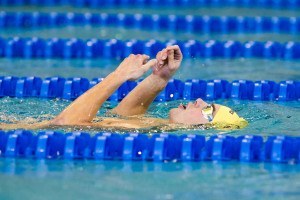 After his junior year Prenot was selected to the 2015 World University Games Team that travelled to South Korea. He brought him three medals from the meet, including 2 golds. One of his more surprising swims was his 2:08.90 performance in the 200-meter breast, which not only earned him a gold medal but also the 6th ranked time in the world. After tying Aussie Justin James in the 200-meter IM for the victory, Prenot was prevented from going three-for-three on golds when USA teammate Jay Litherland held off a charging Prenot on the freestyle leg, causing Prenot to settle for silver. 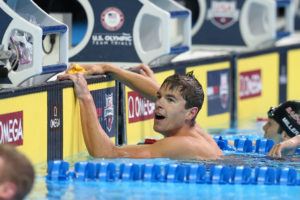 Prenot qualified for his first Olympic Games when he broke the US and American record in the 200 meter breaststroke in 2:07.17 and beating out 100 meter champion, Kevin Cordes. That time is also the 4th fastest in the event ever, behind former world record holder Akhiro Yamaguchi, current World record holder Ippei Watanabe, and 2017 World Champion Anton Chupkov. At the midway point, Prenot turned in 4th place, but his final two splits were the fastest in the field and helped him storm to finish first. 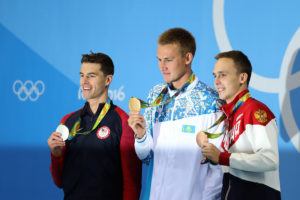 In his Olympic debut, Prenot won a silver in the 20o meter breaststroke. A the halfway point he turned in third while Japan’s Yasuhiro Koseki went out like a rocket, leaving the rest of the field early and turning under world record pace. As he faded on the last 50, the rest of the field caught up and it was anyone’s race at the touch. Prenot touched second in 2:07.53, behind Kazakstan’s Dmitriy Balandin in 2:07.46. Anton Chupkov rounded out the medals touching in 2:07.70.

On December 5th, 2016, Adidas announced their partnership with Josh. Prenot said of the announcement: “I am really excited to join adidas and take its innovative product to the pool to see how it helps me improve. adidas has an incredible record of helping athletes across many sports reach the pinnacle of their sport. I can’t wait to see how fast I can go with the innovative technologies of adidas behind me.”

Prenot took gold in the 100 butterfly with the time of 45.81. He managed to hold off Michael Salazar who finished second only 0.17 seconds behind Prenot. Prenot also competed in the 100 and 200 breaststroke events finishing sixth and fourth respectively.

On June 18, 2019, Josh Prenot was announced as a member of the LA Current ISL team, headed by GM Lenny Krayzelburg.