Casas, Smith & The Other Smith: Four Storylines To Watch At The San Antonio PSS 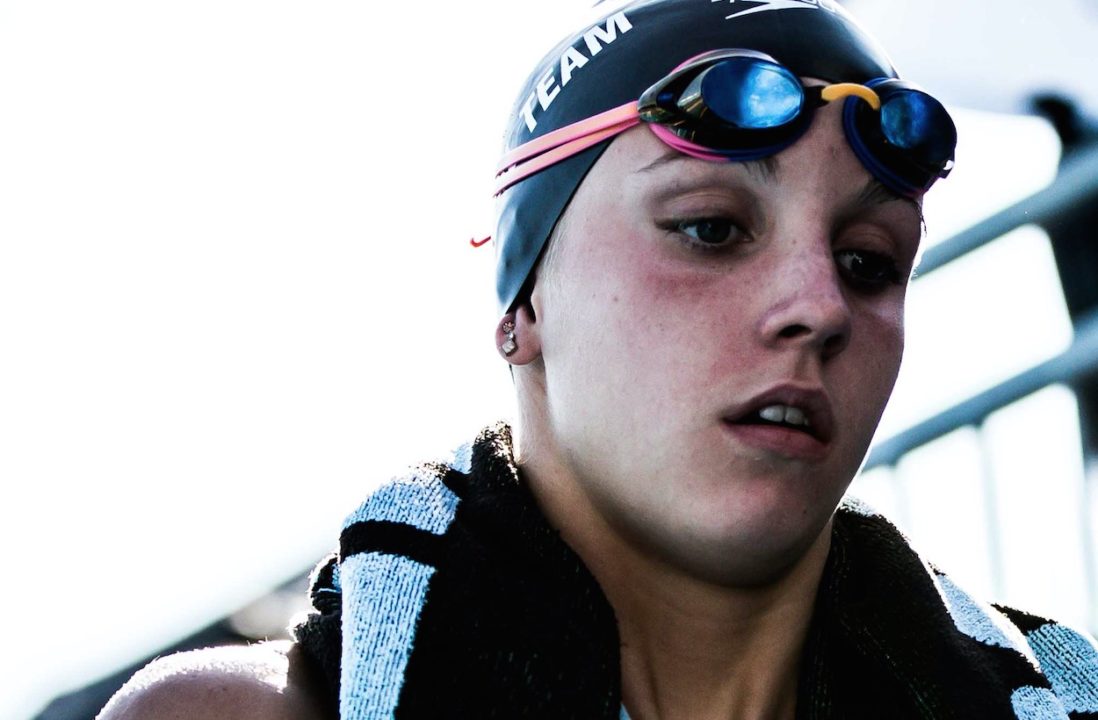 Regan Smith only has a handful of races under her belt since March. What can we expect from her in San Antonio? Archive photo via Jack Spitser/Spitser Photography

The San Antonio site of the upcoming Pro Swim Series meet features a who’s who of top American swimmers who will be vying for a spot at this summer’s Olympic Games in just five months time.

Though there are some high profile names missing, including Caeleb Dressel, Katie Ledecky and Simone Manuel, the meet will give everyone an idea of where swimmers are at in their training as we head into the Olympic year.

Below, check out four storylines to watch over the four-day meet.

Will The Non-ISL Swimmers Show Some Rust?

There were several professional American swimmers that opted out of the International Swimming League season late last year, meaning the majority of them have hardly any racing under their belts since March.

Essentially all of the notable names who weren’t in Budapest competed at November’s U.S. Open, but with only timed finals, that only really gave them a few racing opportunities before it was time to pack up and go home.

The list of top pros that can count on one hand the number of official races they’ve done since the pandemic hit includes 2016 Olympic medalists Ryan Held, Cody Miller, Chase Kalisz and Kathleen Baker, along with Jay Litherland, Andrew Wilson and Mallory Comerford.

While we can expect most athletes to be in the midst of a tough training cycle, those that have next to no race experience recently will simply be looking to get in the reps, and may take a few swims to get back into the groove of racing the best in the country.

Dean Farris, who won’t compete collegiately this season due to the Ivy League forgoing competition for the year, can be thrown into that mix as well, as can junior standouts Regan Smith (who’s redshirting her freshman year at Stanford) and Phoebe Bacon (currently a freshman at Wisconsin, who have yet to compete collegiately) — but more on them later.

Casas Could Make a Statement

Shaine Casas hasn’t had a long course race since November of 2019, when the prelims of the Art Adamson Invitational were raced in the big pool. His swims there were very impressive — including a 53.14 100 back that ended up ranking him fourth in the world for the 2019-20 season — but what he’s done since has been incredible.

Now, coming off rolling his ankle at the end of the Art Adamson Invite in November, he enters the stacked Pro Swim field poised to make some noise.

And while he’ll certainly be focused on peaking in March for the NCAA Championships, Casas has shown that even if he’s not rested, he tends to swim fast all the time — something that cannot be said about the majority of the older pros.

If that trend continues here, and he’s able to take down established names like Murphy and Kalisz, his stock heading into June’s Olympic Trials skyrockets.

Female Backstroke Logjam: Will There Be Some Clarity?

The women’s backstroke scene in the United States has long been full of perennial contenders fighting for spots on various national teams, and that battle was blown wide open by Regan Smith in 2019.

At the age of 17, Smith put on a clinic at the World Championships in Gwangju, smashing Missy Franklin’s world record in the 200 back en route to gold, along with becoming the first woman under 58 seconds in the 100 back leading off the victorious medley relay (which, you guessed it, also set the WR).

Coming off of that meet the Riptide swimmer continued to put up top long course swims, including respective showings of 58.18 and 2:05.94 in the backstroke events at the early 2020 Pro Swim Series meets.

She’s only raced each event once since March — going 59.95 and 2:11.74, respectively, at the U.S. Open — but I think it’s pretty clear that, at the moment, the fight at Trials will be for second place.

But who will emerge as the frontrunner in that battle? Kathleen Baker, Olivia Smoliga, Phoebe Bacon, Isabelle Stadden, Lisa Bratton, Beata Nelson — the gang’s all here. They’ll all battle head-to-head in San Antonio. Recently, the narrative has revolved around Baker and Smoliga battling for that second spot in the 100, but if someone like Bacon can show out, she’ll entrench herself firmly into that mix. In the 200, Bratton is flying under the radar after a strong ISL performance.

Though it’s easy to get carried away and put too much weight on these swims in terms of Trials prospects, we should nonetheless be in store for some great racing in these two events.

The 100 and 200 freestyle events are always among the most compelling to track in an Olympic year with a potential six spots on the line come Trials.

While Dressel is absent, the rest of the field in the 100 includes four of the guys who went 47 in 2019. Held, Maxime Rooney, Zach Apple and Tate Jackson will all be throwing down, along with Farris (48.07 in 2019), Townley Haas (best of 48.20), and current Longhorns Daniel Krueger and Drew Kibler, who rank 1-2 in NCAA Division I this year (SCY).

It will be interesting to see who stands out. In this race, Held will be one to watch, coming off his ridiculous 47.39 in July 2019 before not getting much opportunity to race after that. And then there’s Apple, who was dominant throughout the ISL season in this event.

In the 200, we find Andrew Seliskar and Haas at the top of the psych sheets, the two American representants at the 2019 Worlds.

Farris, Apple, Rooney and Kibler will all be interesting to watch here, but one name who seems primed for some big long course swims is Kieran Smith, after his 1:30/4:06 200/500 yards showings late last year. Many have him pencilled in to contend for an Olympic relay spot in this event, if not individual, so it will be fun to watch where he’s at right now.

Michael Andrew not accept the invite?

The other, other Smith. Clark Smith? Think the last time we saw him race was October Orange White. 4:18 500. Anything more recent? I saw him coming into train at Austin Swim Club spring summer, but curious if he is keeping it up.

James, love this article, plus gotta love your great colorful language – “throwing down”; “poised to make some noise”; the other Smith (Kieran) “primed for some big long course swims”; Ryan Held’s “ridiculous” 47.39 in July 2019 (I believe the third fastest US swimmer behind Dressel & Dave Walters 47.33 in 2009 & just ahead of MP at 47.51 at Beijing. Fully agree with “Though it’s easy to get carried away and put too much weight on these swims in terms of Trials prospects, we should nonetheless be in store for some great racing in these two events.” Excited to watch! Any word if USAS will do both B & A finals? Don’t particularly like having to go back &… Read more »

Thanks for the kind words! As for the finals streaming, it’s not entirely clear if we’ll have to switch back and forth or not. Based on USA Swimming’s tweet (https://twitter.com/USASwimming/status/1348696677331439622) it seems as though at least the Richmond finals will all be streamed on the USAS site.

Most welcome James. Appreciate SwimSwam & its staff so much. Swimmers are undervalued & underappreciated, & work (or worked, in case of the retired swimmers) very hard for very long hours to get good & achieve our goals. So the goal – & one of my missions – is to help uplift the swimming community, whether as a swim coach or as a life coach. I love swimming & I love helping others. Here we get to appreciate our great sport – the greatest – & support each other. Nuff said!

COACH! I appreciate your input and you have absolutely mentored me through my swimming career. It is always amazing to me your thorough knowledge of the sport. Blessed to know you and keep in touch throughout the years. And yes, you do like helping others:)