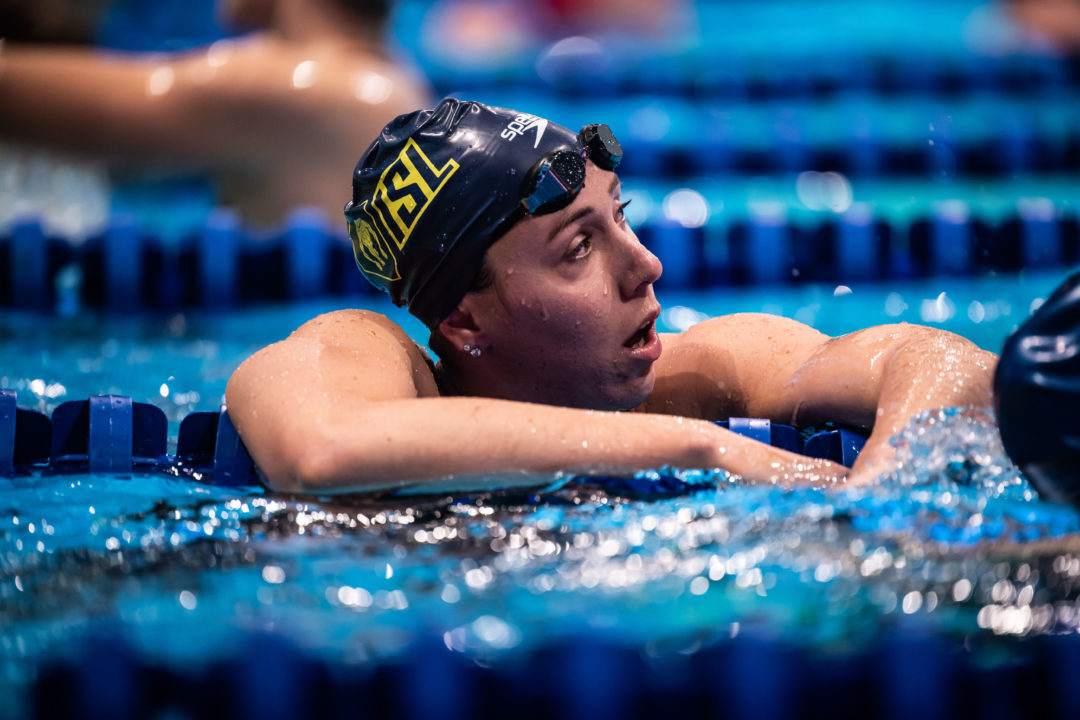 Weitzeil’s last long course 50 prior to this weekend came in December of 2019, where she went 24.70 at a time trial in Minnesota. Current photo via Mike Lewis/Ola Vista Photography

Abbey Weitzeil becomes the third American woman under 25 seconds this season, clocking 24.97 to sit second in the country behind only Gretchen Walsh (24.65).

Weitzeil’s last long course 50 prior to this morning came in December of 2019, where she went 24.70 at a time trial in Minnesota.

Margo Geer improved on her prelim swim by just over a tenth to claim second in 25.46, while Casey Fanz and Olivia Smoliga tied for third in 25.58.

All four members of the podium improved on season-bests set in prelims (Fanz was the only one who had raced prior to this morning).