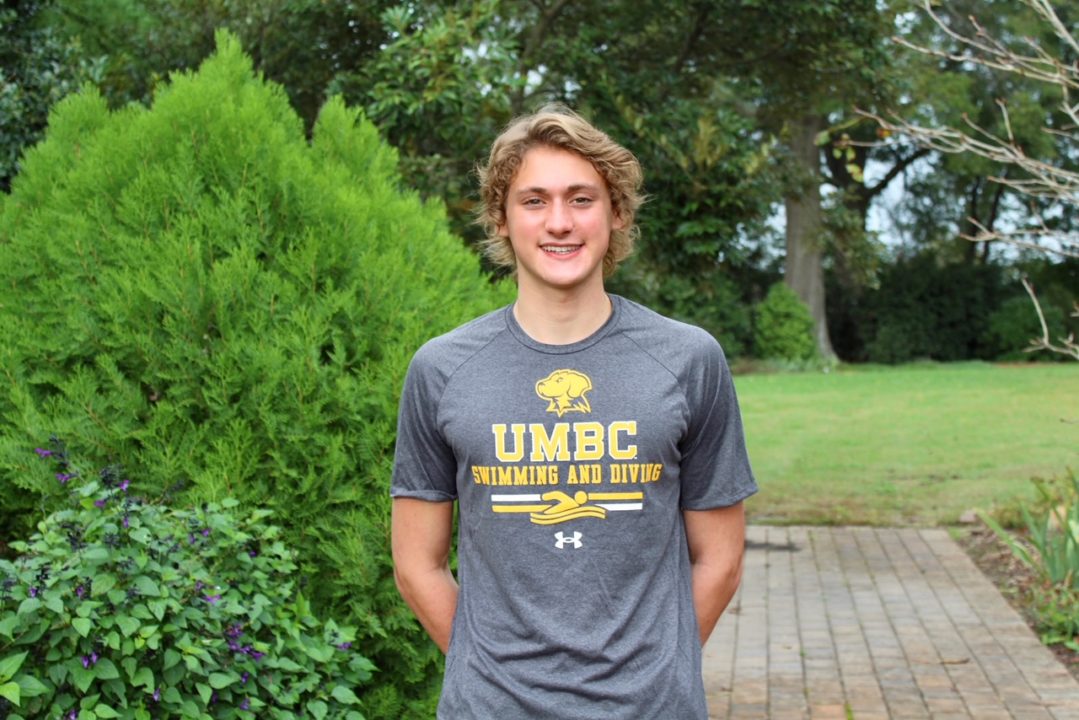 2019 Futures qualifier Tull Perkins has announced his decision to swim for the University of Maryland at Baltimore County beginning in the 2021-2022 season. Current photo via Tull Perkins

Olympic Trials Wave II qualifier Macky Hodges has made a verbal commitment to the nearby University of Southern California for 2023-24.

The University of Maryland at Baltimore County has received a verbal commitment from Tull Perkins. Perkins is a senior at Cardinal Gibbons High School in Raleigh, NC and he swims club for the Marlins of Raleigh. His club team congratulated him on their Instagram page:

The UMBC men’s team will welcome Perkins beginning in the 2021-2022 season. He will contribute to the team’s overall score at the American East Conference Championships. UMBC won the 2020 conference title and its swimmers were recognized for their impressive swims. Niklas Weigelt was named Most Outstanding Rookie, Kai Wisner was named men’s Most Outstanding Swimmer, and Ilia Rattsev earned the Coaches’ Award.

Perkins would have earned a spot in the A-final of the 400 IM and the 100 and 200 breast at the championship meet.

He will join Yassin Tolba, Oliver Gassmann, and teammate JJ Chapman as a member of the class of 2025.

Marlins of Raleigh must train a lot of IM