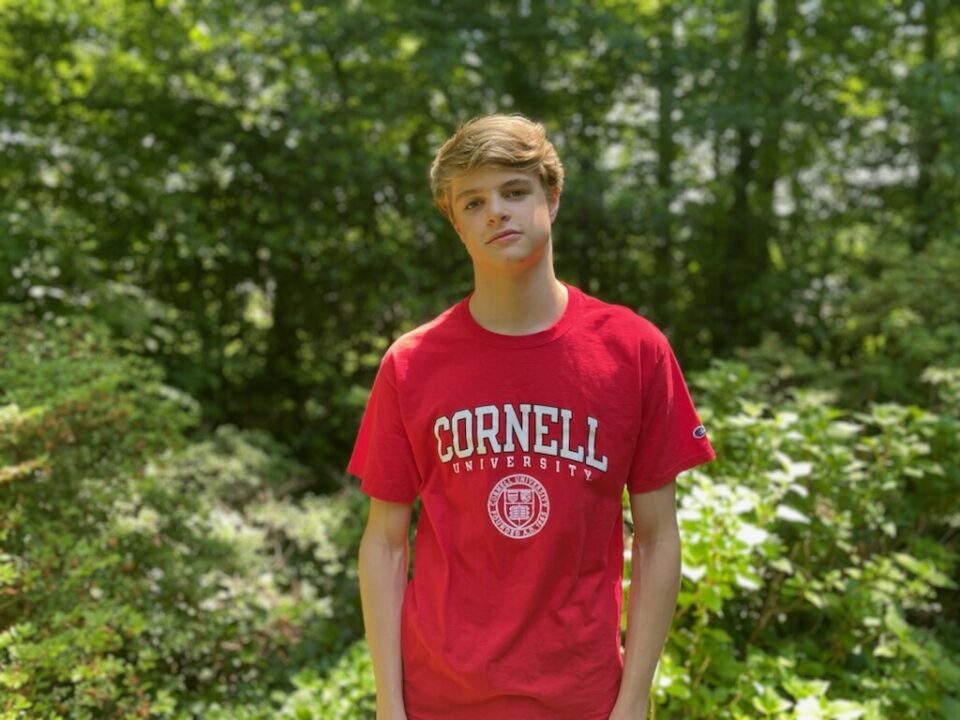 Blake Conway from Bethesda, MD has verbally committed to swim for the Ivy League’s Cornell University beginning in the 2023-24 season. Conway is a senior at Walt Whitman High School and he swims year-round with the Nation’s Capital Swim Club.

I am excited to announce my verbal commitment to the admissions process to swim and study at Cornell University! I am so grateful to Coach Wes and Coach Jake for giving me this opportunity and believing in my potential to contribute to a great team. I also want to thank Coach Tim at NCAP, other coaches I’ve had along the way, my teammates and family for their support. Go Big Red!

Conway was a member of multiple Walt Whitman HS record-breaking relays during the 2021-22 season. He also holds league, pool, and team records for Congressional Country Club, where he has swum for the last couple of summers.