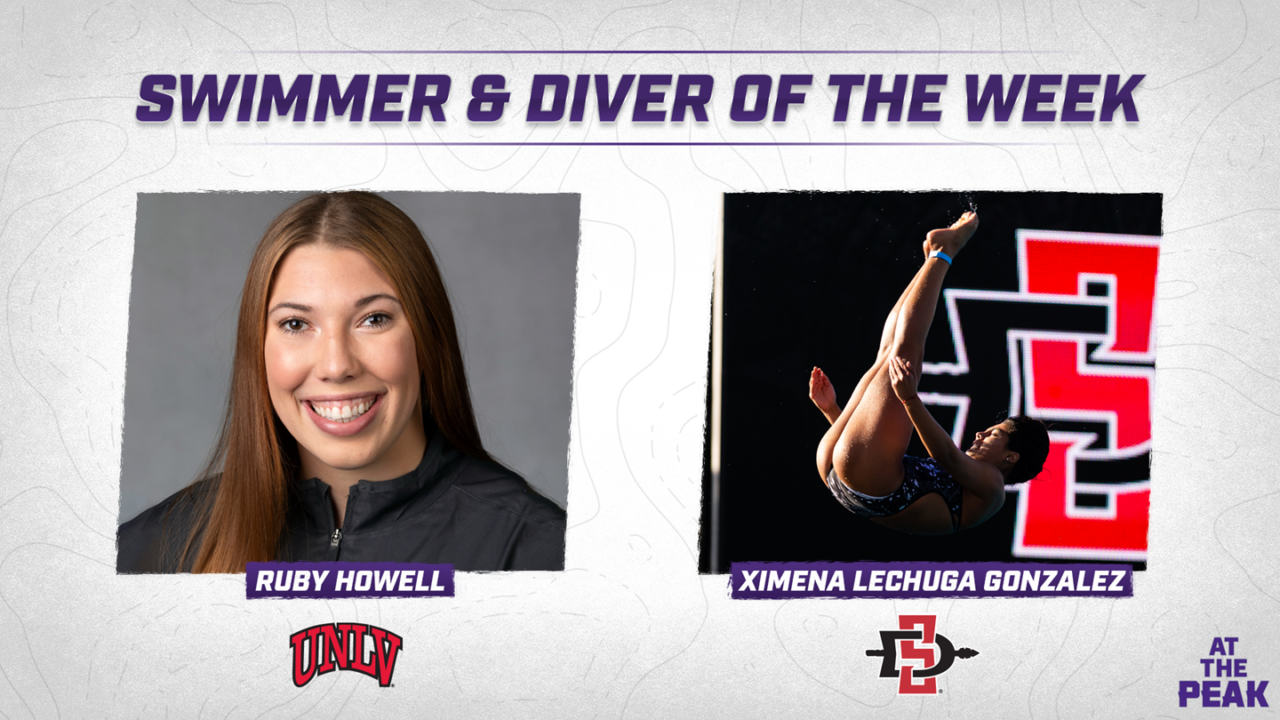 COLORADO SPRINGS, Colo. – UNLV’s Ruby Howell has been named the Mountain West Swimmer of the Week, while San Diego State’s Ximena Lechuga Gonzalez has been selected as the MW Diver of the Week for competition from December 10 to January 16. It is the first weekly honor for Howell and sixth for Lechuga Gonzalez.

Outstanding. Way to go. Keep it up.