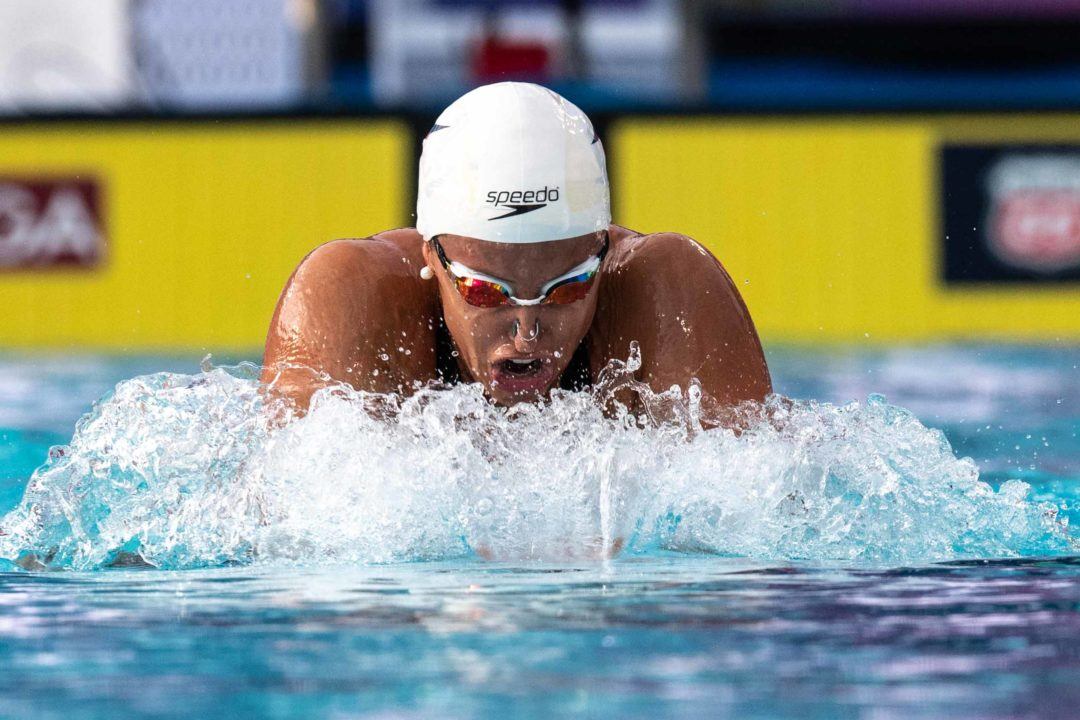 This was Baker’s third-fastest performance ever, having been 2:08.32 in the summer of 2018 and 2:08.75 in February of last year. Current photo via Mike Lewis/Ola Vista Photography

Funny how working on other strokes makes a well rounded, better swimmer – said no coach ever.

Shocked! working on the other %50 of the race improved her overall event.

Still can’t wrap my head around why that worked! She must be some kind of genius to have figured that out damn 😮

Great time for now! Hope to see A. Walsh swim soon will be interesting how her new training at UVA translates to LC. Will be close between Margalis, Baker, Walsh, and Cox

The OT schedule falls nicely for Baker. Nevertheless, backstroke/200 IM are brutal places to try to make the Olympic team on the women’s side.

Idk if she’ll even make 100 back again this time it seems her chance is better in 200 IM.

You should probably add Douglass and Huske to that mix. Neither has the same level of 200 LCM times, but both have shown enough brilliance elsewhere to qualify as legitimate contenders.