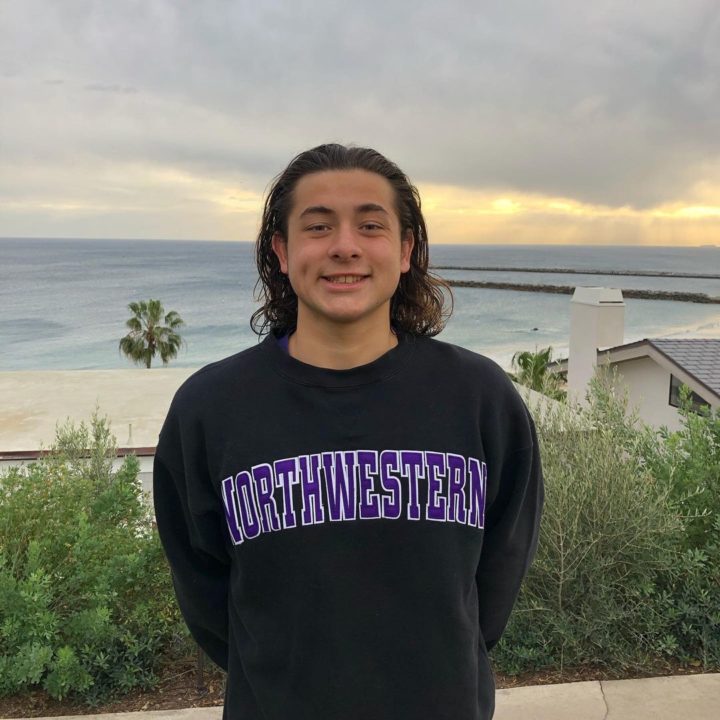 Zinn is one of the best 400 IMers in the 13-14 age group historical rankings, and his commitment makes it two years straight of NU nabbing a ranked recruit. Current photo via Tona Zinn

Socal Aquatics Association’s Tona Zinn has verbally committed to Northwestern University for fall 2022. Zinn is a junior at Laguna Hills High School, and he’s ranked #15 on our 2022 recruiting rankings.

I chose Northwestern because of the combination of high level Big 10 athletics and elite world-class academics. Plus, being right outside a big city like Chicago allows me to have a unique college experience. Finally, I really enjoyed talking to the coaches and swimmers and couldn’t be more excited to become a wildcat!

Northwestern on the rebound!! Hope they get back to the days of Grevers, Bubolz, Barbic, and Alexandrov!

Northwestern continuing a streak of success in and out of the pool. Huge for the cats!