2021 NCAA Women Day Four Preview: Virginia is On The Way To Making History 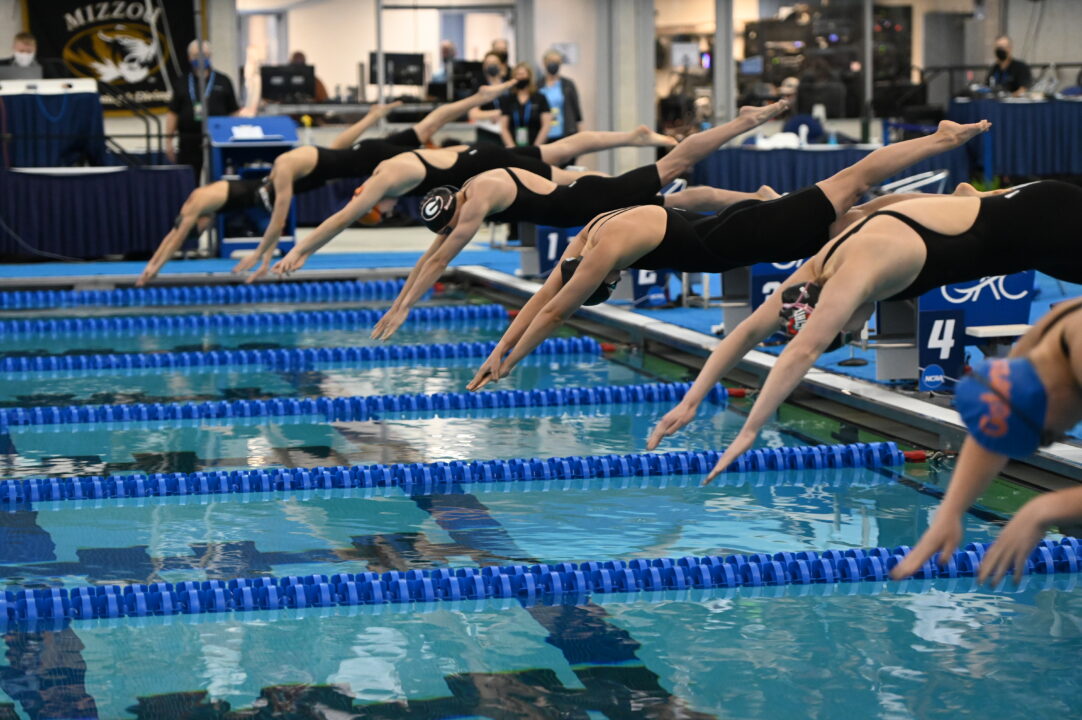 Hours from now, the Virginia Cavalier women will be on their way to winning their first-ever NCAA title in program history and ACC conference history. On the slate tonight will be the fastest-seeded 1650 free final, followed by the finals of the 200 back, 100 free, 200 breast, 200 fly, and 400 free relay timed final.

Into the fastest-seeded heat, Virginia senior Paige Madden will aim for the 3rd title of the weekend, with her seed time just two seconds fastest than Tennessee’s Kristen Stege and Texas’ Evie Pfeifer.

The B-final will be headlined by Kentucky’s Caitlin Brooks and NC State’s Kate Moore, who are both seeded 0.08s apart from each other.

Meanwhile, NC State’s Katharine Berkoff will aim to sweep the backstroke events after winning the 100 back yesterday. Alabama’s Rhyan White will be hungry to top this event after taking second to Berkoff in the 100 back. Meanwhile, a quartet of freshman will participate in the final: Wisconsin’s Phoebe Bacon, Cal’s Isabelle Stadden, Virginia’s Reilly Tiltmann, and Virginia Tech’s Emma Atkinson.

Then, the third and final battle between Virginia’s Kate Douglass and Michigan’s Maggie MacNeil will take place. The duo are currently 1-1, with Douglass winning the 100 free by 0.04s and MacNeil setting the NCAA record in the 100 fly. Cal’s Izzy Ivey and NC State’s Kylee Alons will also be in the mix along with a trio of Alabama swimmers.

Another Kentucky swimmer, sophomore Gillian Davey, leads a consolation heat, this time in the 200 breast. Texas freshman Anna Elendt and Georgia senior Danielle Dellatorre will swim next to Davey.

After becoming the first NC State swimmer to win an individual NCAA title, junior Sophie Hansson will aim to earn her second title in the 200 breast final. Meanwhile, 200 IM champ Alex Walsh is seeded a tenth behind Hansson, leading a Virginia trio in the A-final.

Notre Dame’s Coleen Gillilan will start off the final individual event of the evening in the B-final. Be on the lookout for Cal’s Rachel Klinker, who has a seed time of 1:52.82.

Michigan’s Olivia Carter will then headline the championship final over a trio of Texas Longhorns, led by sophomore Kelly Pash.

On the psych sheets, Virginia and Alabama are separated by 0.14s for the top two seeds. Meanwhile, Cal’s 400 free relay will be on the lookout in lane two. In heat three, NC State will swim out of lane two while Texas will swim in lane eight of the following heat.