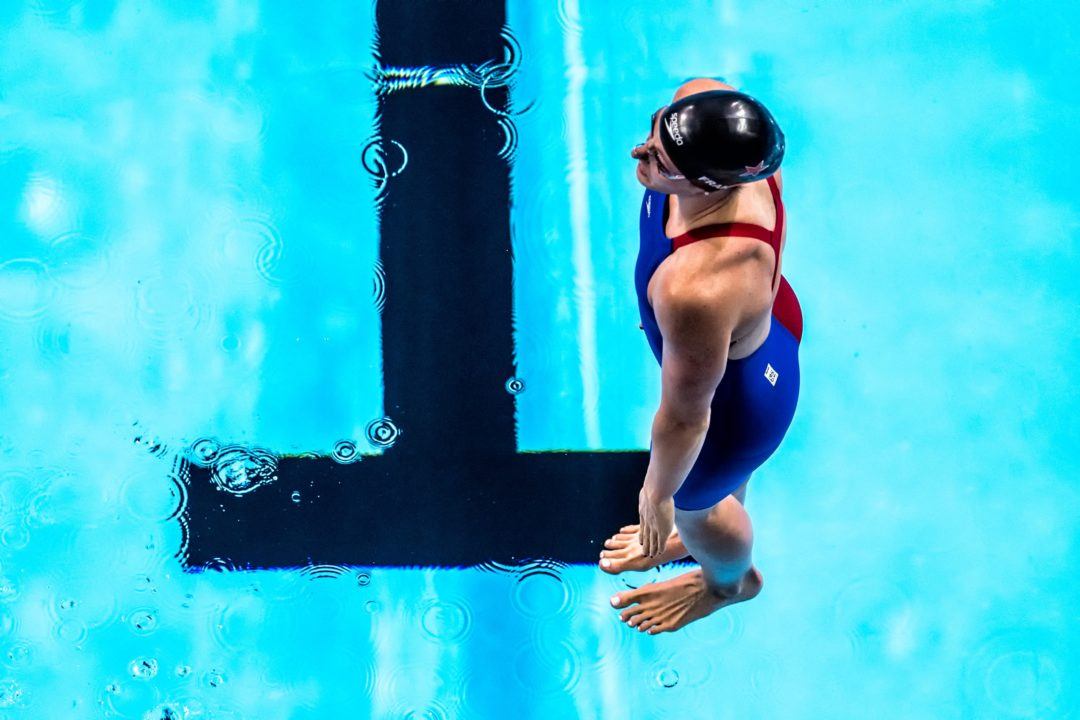 The psych sheets for U.S. Nationals have been released. Archive photo via Mike Lewis/Ola Vista Photography

The psych sheets for the 2018 U.S. National Championships have been released. You can check them out here.

The competition will run from July 25-29 in Irvine, California, and act as the qualifier for the Pan Pacific Championships in August. The selection criteria for the meet is very crucial to understand, as once a swimmer qualifies for Pan Pacs in one event, they’re free to swim whatever they like in Tokyo. This could lead to swimmers scratching out of events later in the program once they’ve already made the team.

Selection for the Junior Pan Pacs, 2019 World University Games, Pan Am Games and World Championships will also be used at this meet. You can read about all that here.

It was up in the air whether or not Missy Franklin would be entered here, but she is in just the 100 and 200 freestyle.

Sad to see Missy in only free, excited about Schmitt

She had surgery on both shoulders. We are lucky she’s still racing. Go Missy.💪

I’m calling it here….watch out for Jacob Steele in the 200 Bk….has got a huuuuge ceiling an came on strong his freshman year.

Mainstream media outlets won’t care about swimming until they have MAJOR sponsors or gambling are in the mix.

You can gamble on swimming – in Europe, for the big meets.

Daily fantasy gambling would definitely increase interest, but the sport isn’t structurally prepared for that. There’d be some pretty quick fraud lawsuits coming, and the sites would be sued by states and have to shut it down.

Cullen Jones not on the psych sheet at all

You can qualify with an 800 time pretty sure.

2
0
Reply
too impressed
Reply to  Hswimmer

Reece Whitley is not the top-seeded 18-year old in the 200 breast. Daniel Roy is pretty impressive too.