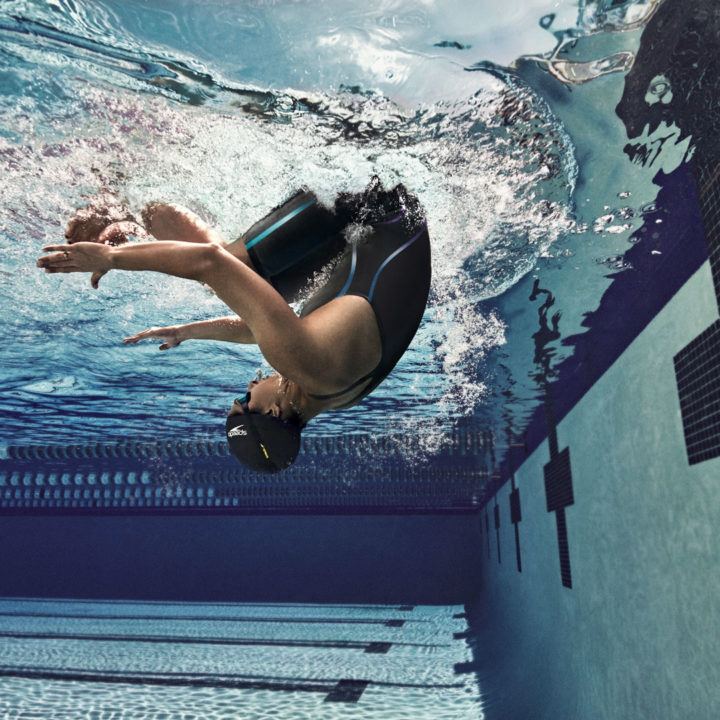 Favorites Katie Ledecky and Leah Smith threw a hand grenade into everyone's 1500 picks by scratching. Ashely Twitchell the actual winner was picked by only 2 people to win Current photo via Speedo

Favorites Katie Ledecky and Leah Smith threw a hand grenade into everyone’s 1500 picks by scratching. Ashely Twitchell the actual winner was picked by only 2 people to win (a few people correctly guessed the Ledecky and Smith scratches). Second place finisher Ally McHugh was about as popular a pick as she was chosen to place second by only 1 person (well done Teadrinker). People did better with with lower places. Erika Sullivan was picked 3rd by 44% and Haley Anderson was picked 4th by 9%.

Chase Kalisz (94%) was one of the strongest favorites of the meet in the men’s 200 IM and he delivered. Abrahm Devine (35%) and the third place tie of Gunnar Bentz and Andrew Seliskar weren’t big shocks either.

Simone Manuel (96%) came through in the women’s 50 free for the majority of pick’em entries. Behind was pretty predictable as well. Abbey Weitzeil (46%), Margo Geer (29%), and Grace Ariola (5%) were reasonably popular choices in their slot.

The top two choices in the men’s 50 free switched places with Michael Andrew (1%) winning over Caeleb Dressel (3%). The next two spots saw better results for contestants with Nathan Adrian (45%) and Michael Chadwick (25%) taking 3rd and 4th.

The overall winner was Day 4 leader Swimswamswum24. Congratulations. Next, 3.5 points behind were greenblue and thezwimmer with 321.5. Rounding out the top 5 were SHUstork with 321 and RR Surge with 320.5. The final rankings for everyone can be viewed here. Thanks to everyone for playing. If you had fun, there is pick’em live right now for Euros and there will be another contest for Pan Pacs.

55th out of that many is pretty good as well.

If Erica Sullivan coulda ramped it up (or if I was smart enough to pick Twitchell) then I woulda been a contender… that one sunk me.

What are the rankings of Swimswam expert commentators like Steve Nolan, Bobo Gigi, PVDH?

I got 20th!! definitely didn’t think my pick’ems would be that good!

How did SwimSwam’s own predictions fare?