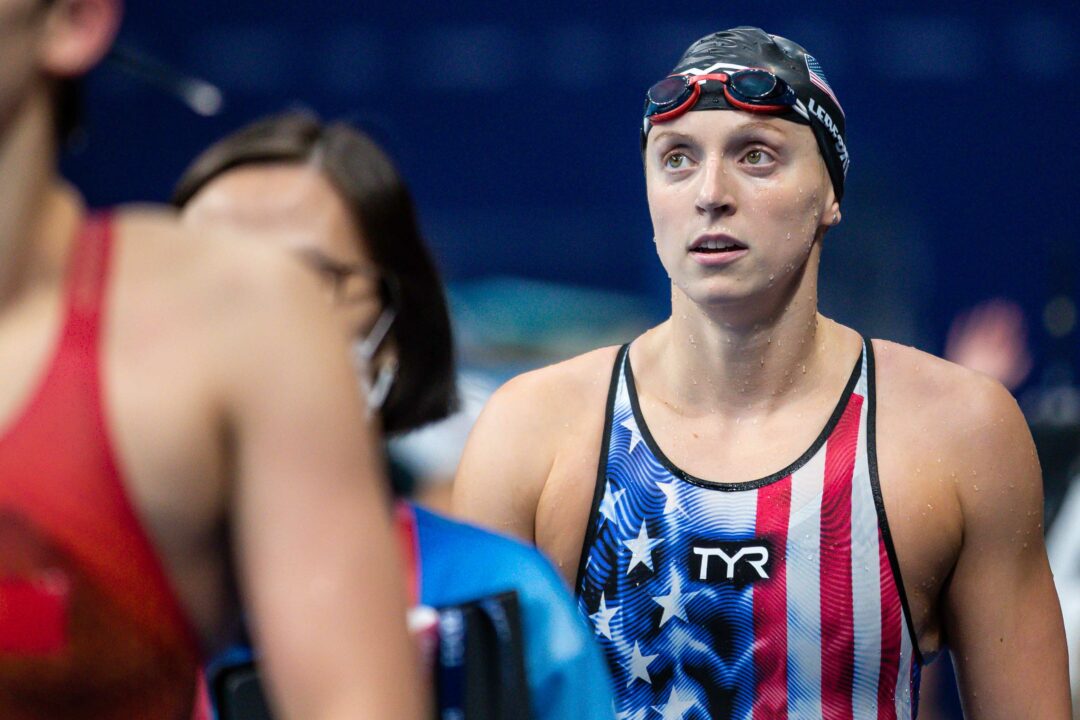 Katie Ledecky still didn't have a day to dream of in Tokyo, but she got her first gold medal of these Olympic Games out of the way. Archive photo via Jack Spitser/Spitser Photography

On Day 5, look for the first-ever men’s 800 free gold medals to be awarded, plus Caeleb Dressel‘s first individual final, a 100 free clash with defending champion Kyle Chalmers and the upset-minded Kliment Kolesnikov.

I honestly believe this will be the last major international tournament (world championships, summer olympics) that Katie Ledecky swims the 200 meter freestyle. Katie Ledecky already has enough on her plate with following events:

The definition of insanity is the W 200 FR/1500 FR double/double (heats/final). Li Bingjie attempted the aforementioned feat and bombed out in the heats of both events.

Probably, but props on her for trying. She still won the 1500 comfortably. Why not take a shot at a medal in the 200?

I put forward mental health as well as physical health as the key issues. No one will ever question Katie Ledecky’s toughness. Besides, it’s high time someone else emerge in the women’s 200 meter freestyle for USA Swimming. (Please note Missy Franklin’s retirement dated December, 2018.) The women’s 200 meter freestyle should not be Katie Ledecky’s burden to bear especially with double sessions on the schedule.

I’m a huge Ledecky fan and am super proud of her at these Tokyo Olympics!! But, I have to say this… While I understand that she’s sponsored by TYR, the suits she’s been wearing in competition lately look really ill-fitting and uncomfortable. Under the arms they cut too low and her lats are protruding while the shoulder straps are severely cutting into her traps. Look at the photo for this article! Let’s just say that I will definitely NOT be wearing any of these suits this coming season!

I like Ledecky in black suit. That is how her best swims were done. Sport fans ARE superstitious 😀