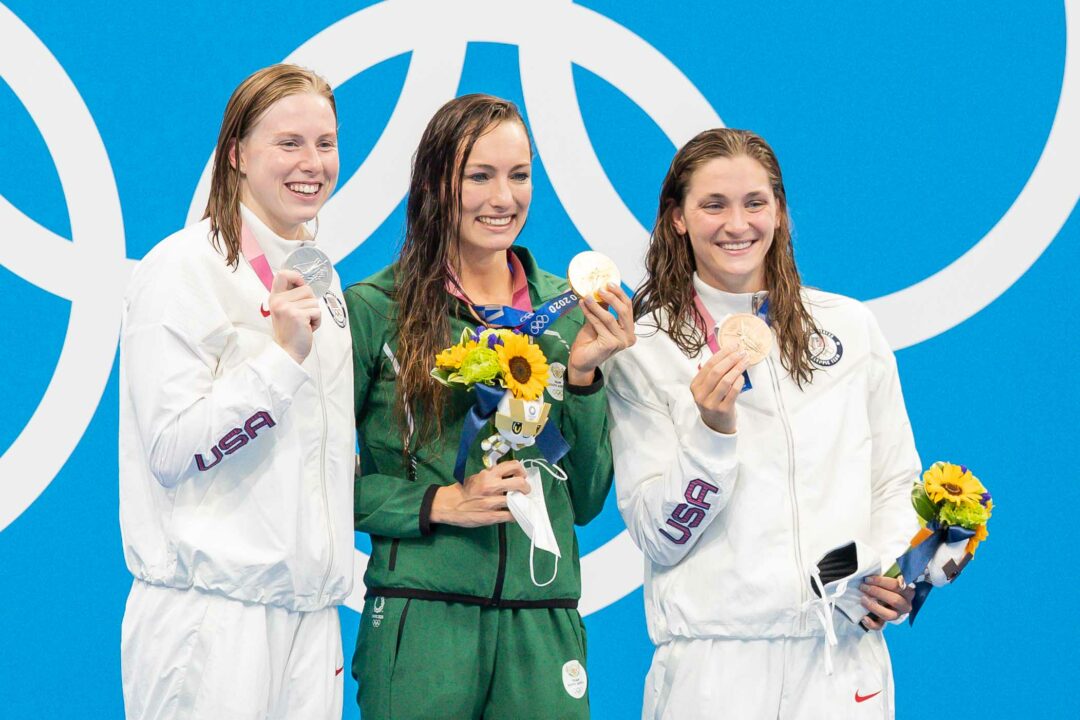 Annie Lazor, Lilly King, and Kaylene Corbett are three of the nominees for the Tokyo Fair Play Awards, which celebrate “extraordinary acts of sportsmanship,” according to the International Fair Play Committee (CIFP).

The three were nominated when, following the 200 breaststroke, bronze medalist Lazor came from the next lane to hug gold-medal winner Tatjana Schoenmaker. The two were soon joined by Corbett and silver-medalist King. The three “showed mutual respect and admiration for fellow competitors,” according to the nomination.

The rest of the nominations spanned the entire Games. Other nominees include the USA women’s gymnastics team, for their support of Simone Biles’ withdrawal from competition; and eight women’s skateboarding finalists, including USA’s Bryce Wettstein, for mutual admiration and supporting Misugu Okamoto after she crashed in the finals.

“Sport teaches us to aspire for excellence in all our activities; living in peace, friendship and solidarity with our neighbours; to respect ourselves and others and to live by the spirit of fair-play in everything we do,” International Olympic Committee President Thomas Bach said in a news release. “Sport is about more than just competition. It is always about the values of sport and the carrying these ideals into the world. This is what we have seen here at the Olympic Games Tokyo 2020.”

The CIFP began recognizing fair play at the 2008 Beijing Olympics. In 2016, Rio Olympians Abbey D’Agostino and Nikki Hamblin received the CIFP award for helping each other up in the 5000 meter qualifying run. That award was decided by a public online vote.

“There is no sport without ‘fair play,’” said CIFP President Jeno Kamuti in the news release. “We are extremely pleased to be working again with the IOC on this very important topic and award! I encourage all members of the Olympic Movement, ANOC, GAISF, the IFs, NOCs, judges, athletes, coaches, media and others to raise the awareness of these incredible acts of sportsmanship by engaging in this effort actively.”

The CIFP is an IOC-recognized organization dedicated to fair play in sports and beyond. In addition to its awards, the CIFP also educates people worldwide about fair play.

While the winner has yet to be announced, you can see the list of nominations here.