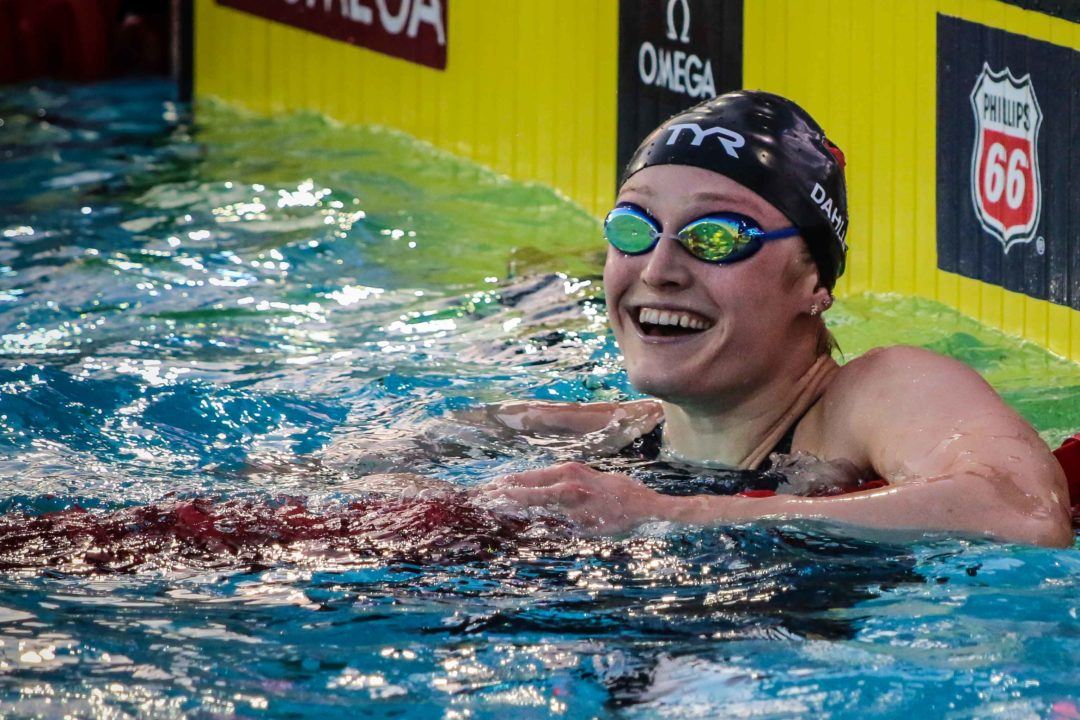 Kelsi Dahlia lowered her own SCM American Record in the 100 fly en route to silver in Eindhoven tonight. Archive photo via Jack Spitser

Sweden’s Sarah Sjostrom stole the spotlight in the women’s 100m fly in Eindhoven tonight, producing just the 2nd sub-55 second outing in history. Sjostrom took gold on the final night of the Eindhoven World Cup stop in 54.91 for a new World Cup Record.

Finishing 2nd in the race, however, was America’s Kelsi Dahlia, who put up an impressive effort herself with a time of 55.21. That mark shaved .01 off of Dahlia’s (then Worrell’s) American Record of 55.22 set at the 2016 Short Course World Championships, which garnered her silver behind Hungary’s Katinka Hosszu.

Dahlia split 26.12/29.09 this evening to log her new American Record and maintain her spot owning the 9th fastest performance of all-time.

Doesn’t she also own the 50 LCM Butterfly AR as well?

Stunning really when you think of how many women have been faster than 25.5 globally, that only one from the whole Americas (North and South) has managed it.

I think it’s more a reflection of the low focus on non-olympic events. But sure, it’s not because of lack of good butterflyers.

Her underwater kicks the last 25 was mind blowing.

Right! I thought she was going to catch her

Yeah, Sarah needs to work on the turns because she is not as dominant in short course as she is in long course.