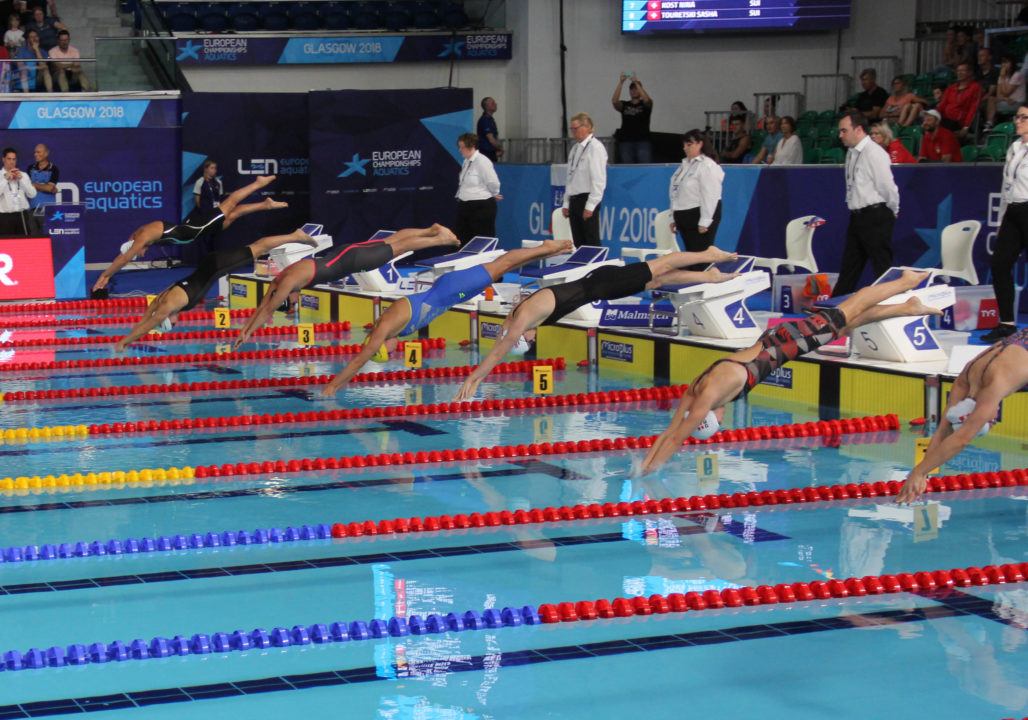 Cluster #2 of the 2018 FINA World Cup Series got underway in Eindhoven this morning, with Dutch swimming legend and possible Tokyo 2020 Chef de Mission Pieter van den Hoogenband in the house at his namesake stadium.

VDH saw his countrymen perform well this morning to set the stage for finals, with national record holder Jesse Puts registering a 50m free prelim time of 21.47 to claim the 4th seed in the sprint. Leading the men’s field in the 50m was Russia’s Vlad Morozov, who clocked 21.18 followed by America’s Blake Pieroni who touched in 21.35. Pieroni’s mark is a big new personal best for the former Hoosier, although he has rarely raced 50m free in short course.

Displaying his impressive range, Pieroni had earlier contested the men’s 400m free where he claimed the top seed in 3:45.13. He’s chased by Aussie freestyle ace Mack Horton and his time of 3:45.54, while Hungary’s Daniel Dudas was also in the 3:45-range in 3:45.64.

Dutch Olympian Ranomi Kromowidjojo is in the mix on the women’s side of the 50m free, sitting only behind Swede Sarah Sjostrom after prelims. Kromo touched in 23.75 to Sjostrom’s 23.62, while Femke Heemskerk of Netherlands is sitting solidly as the 3rd seed in 23.91.

Sjostrom’s teammate Michelle Coleman, who is making her comeback debut after 7 months sans racing, put up a respectable 24.62 to sit in 9th after this morning’s session. Additionally, although Belgian Kimberly Buys finished 13th and out of the final, her morning swim of 24.80 checks in as a new national record for the 29-year-old.

Former Tennessee swimmer Kira Toussaint continued her speedy World Cup streak in the women’s 50m back, setting herself up nicely for another possible gold this evening. En route to taking the pole position this morning, the 24-year-old nabbed a new National Record of 26.19 ahead of newly-minted 100m back LCM World Record holder Kathleen Baker of the United States. Baker finished in 26.43, with multiple world champion Emily Seebohm of Australia right behind in 26.72.

So much better attended! Very respectable compared to first cluster….good to see!

No Michael Andrew in the 50?