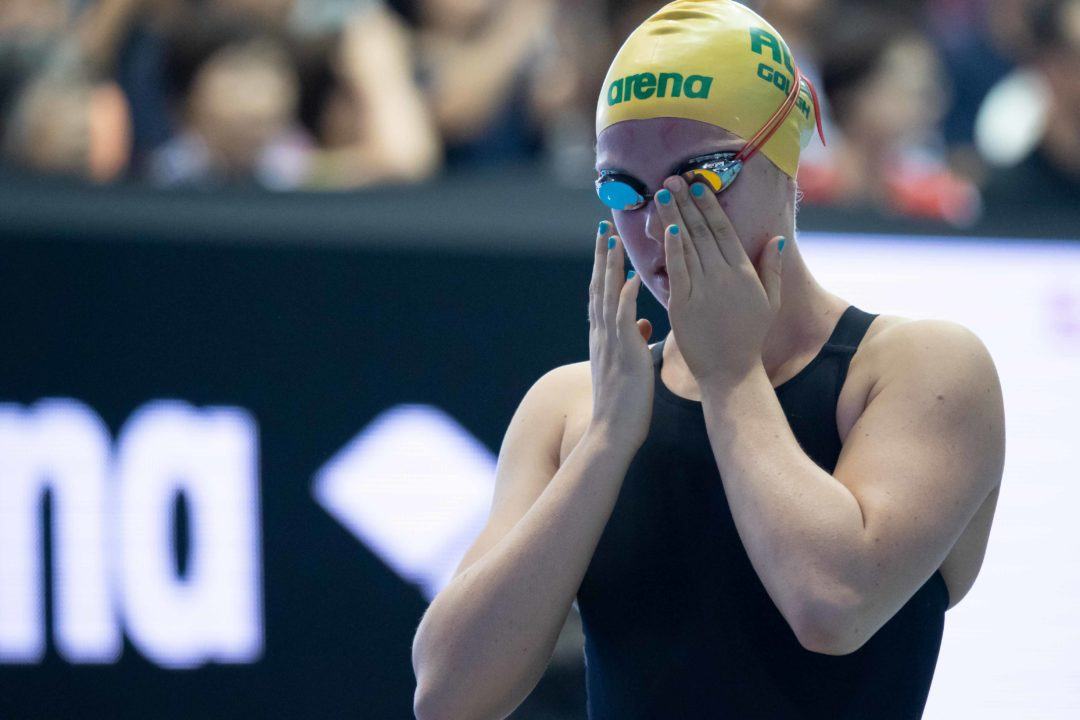 Gough will remain in Australia to train for the 2020 Olympics. Archive photo via Mike Lewis/Ola Vista Photography

Australian Pan Pacs qualifier Maddy Gough will not swim for the University of Wisconsin despite committing there last year, SwimSwam has confirmed.

“Maddy Gough informed us at the end of the summer that she will stay in Australia to train with her club team to get ready for Tokyo 2020,” first-year Wisconsin head coach Yuri Suguiyama said. Gough’s commitment was announced in December 2017, before the news of former head coach Whitney Hite‘s departure last March.

Her short course converted times would have placed her second in the 500 (4:36.56) at the 2018 Big Ten Championships and first in the 1650 by almost 20 seconds (15:25.25) – that 1650 time would have been slower than only Katie Ledecky and over ten seconds faster than second-place finisher Ally McHugh at the 2018 NCAA Championships.

Gough raced some off-events at the 2018 TSS Aquatic LC Preparation Meet earlier this month, and her next major meet will likely be the Australian Short Course Championships, which take place October 25th-27th in Melbourne.

So she wont be training with Wisconsin at all?

Correct! At least for next two years! A lot can happen from now to then!

Yea bc wiscosnin doesn’t have any good distance coaches on staff….???

Bc moving halfway across the world for a swim coach is the only deciding factor?