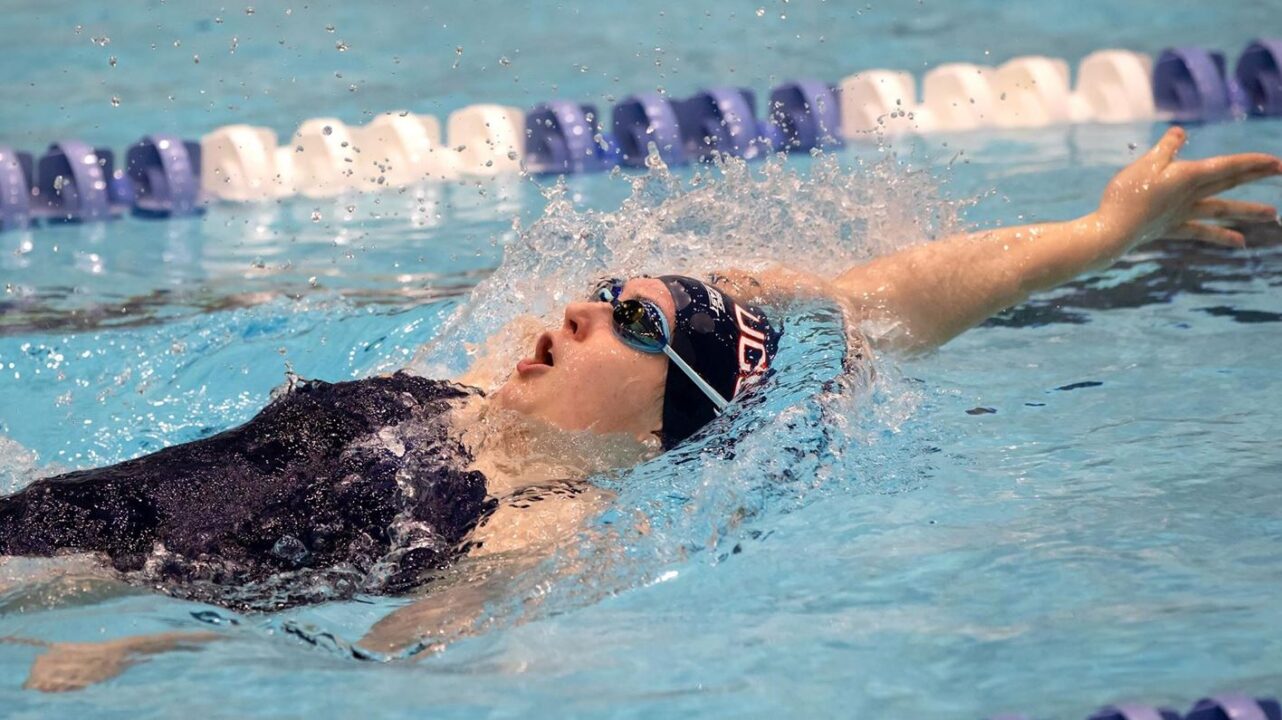 UConn freshmen picked up multiple wins for the Huskies in a dominant win over DII SCSU. Current photo via Connecticut Athletics

The University of Connecticut, a Division I program, came out on top in a lopsided matchup with the Division II Southern Connecticut State women’s program Saturday, ultimately winning 157-122 (exhibition aided).

UConn then swept the 200 free, led by freshman Maggie Donlevy at 1:58.65. Sophomore teammate Kayla Mendonca was the only other swimmer under 2:00, finishing just behind Donlevy at 1:58.95.

The meet, unlike traditional college dual meet lineups, included the 50 back, breast and fly.

The Huskies swept the 50 back with junior Caitlin Spencer leading the way at 27.39. They took the top two spots in the 50 breast, led by Angela Gambardella at 30.04.

The next sweep came in the 100 fly, where junior Anna Wenman secured her first collegiate win with a 58.17. Freshman Charlotte Proceller also led a sweep for the Huskies in the 50 free at 24.67.

SCSU’s first win was in diving, although it was exhibition-aided, when junior Nicholle Denault posted a 217.88. But it was UConn freshman Julia Pioso with the highest score overall at 279.60, a personal best, and secured her zones qualification.

SCSU got its lone swimming win in the 500 free, where freshman Natalie Weier posted a 5:20.83, a best time by a second-and-a-half. She finished nearly three seconds ahead of UConn senior Lena Redisch.

UConn returns to racing on January 14 on the road against Rhode Island, while SCSU faces Yale at home on Dec. 9.