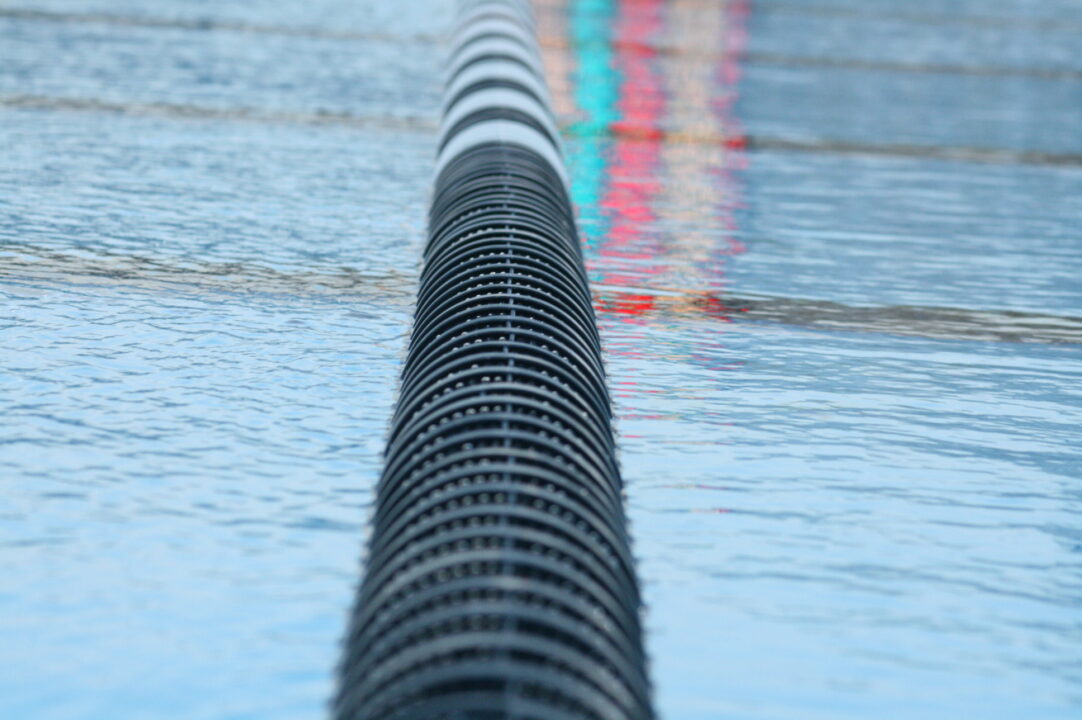 Men’s records were falling in bunches yesterday. First, Penn’s Matthew Fallon clocked a meet and pool record in prelims of the men’s 400 IM. Fallon swam a 3:46.43, turning in the fastest time of the morning by over 5 seconds. He then scratched finals in the event to focus on the 100 breast. Coincidentally, Fallon’s older brother, Billy Fallon, went on to win the event in finals with a 3:51.32. Billy Fallon came in 9th in prelims of the race, meaning he only made the A final because his younger brother scratched finals.

Matthew Fallon went on to swim a blistering personal best of 51.45 in the 100 breast, shattering the meet and pool records. He swam the time in prelims, after his 3:46 400 IM, then backed it up with a 51.46 in finals. Fallon picked up an NCAA ‘A’ cut in the event, automatically qualifying him to compete at this year’s NCAA Championships. That also means that Penn now has an individual ‘A’ cut, so if they swim an ‘A’ cut in any relay this season, they’ll be able to compete in any relays at NCAAs, provided they have ‘B’ cuts in the relay.

Keiser picked up a win in the men’s 100 fly, with Alberto Garcia touching the wall first with a 47.59. The junior got out to the early lead on the first 50, and never looked back, roaring into the wall to break new pool and meet records.

Another record fell in the 100 back, where Oakland’s Marko Khotynetskyi swam a 47.08 to narrowly beat out Penn’s Mark McCrary. McCrary was out a touch faster than Khotynetskyi, splitting 22.67 on the first 50, to Khotynetskyi’s 22.80.

I kind of feel badly for you folks at SwimSwam.
At this point you are going to have to report on this story. In my swim social circles this is all anyone is talking about today.
It’s now major news in our sport.
Hope you are able to find completely neutral ground on this for reporting.
Sadly this is still going to be damned if you do and damned if you don’t.
I’m betting it will pull Michael Andrew sized comment counts.
Genuinely, good luck. This ones a doozy.
And, I feel badly for this BR guy. His awesome swims have pretty much been washed out in this tsunami. Congrats to him!

We have reported on this story.

And Lia is coming on the podcast this week.

Definitely have to catch that one. Should be an interesting one. Thanks!

Really tired of people saying that it is the responsibility of women on other teams to stand up and “boycott” races with Lia Thomas… not a single woman in the Ivy League thinks this is fair but actually saying something regarding such a sensitive subject could cause so much controversy. No one wants to get “cancelled”. It is not the responsibility of college women athletes to cause a scene and embarrass Lia, we all support her transition and do not want to add turmoil to what I’m sure has been a very difficult journey for her. With that being said, this is biologically not fair and someone higher up has to realize that this has to end. The scores of… Read more »

It’s unfair all around. Penn has a handful of good swimmers, but their performances and points scored will be irrelevant in the eventual team placements if Lia is in relays and wins 3 individual titles, not to mention taking points from other swimmers who will be 9th and miss a chance at the A-final or scoring in general.

I support Lia Thomas’ transition and right to compete in the sport she loves to compete in. Let her swim, but it’s hard to deny the advantages of someone who has done most of their development as a male.

Solution to the issue.
Restructure the categorization.

The Mens category becomes Open and holds the same standards as it currently does. Then have a separate standard in the Open category for any athletes who might be transitioning from M to F. This accomplishes the notion of knowing that a transgender female is not the same as a male-identifying swimmer, while also giving the athlete the opportunity to compete in the sport they love (which really should be the motive for… Read more »

lol i was wondering why a 51.45 100 breast would have this many comments but this makes sense

Before I start, I want to make it clear I absolutely support Thomas in transitioning to become a female. That is her right and it is to be respected.

However, the moment someone’s rights infringe on someone else’s, it ceases to become their “right”. Thomas has every right to transition but she does not have the right to swim as a female. Someone needs to stand up for the rights of female athletes to have a fair playing field and competition. Thomas swimming as a female is not fair.

I absolutely feel for the female Penn record holders and whomever holds pool records anywhere Thomas has swum. I also feel for the other Ivy League teams whose records have… Read more »

My solution is to make the men’s category an “open” category.

This is best idea I’ve heard. Let’s do it.

This is the solution right here. We have open category for whoever and then we have a protected category for women. There will no longer be a men’s category. Just open and women. Kind of like we always have had. Most mens sports actually are open and if a woman can compete with them they have been welcome to. Golf, football, basketball, baseball, etc. Aren’t restricted to men.

Your comment does represent the study you linked accurately, but I think the study itself is worded very poorly. It says there is a “substantial overlap in testosterone levels between the sexes,” citing an earlier study. Here is the chart of the actual testosterone data from that earlier study. https://www.researchgate.net/figure/Dotplot-of-serum-testosterone-in-male-and-female-elite-athletes-Reference-ranges-for_fig1_260522903. It does show some outlier females in the expected male range, but “substantial overlap” is about the last description I would use to described that chart.

That’s a speech right there.

totally get the argument this is a significant disadvantage for those competing against Lia. but let’s not lose sight of the fact that this must have been such a hard decision and hard time for her

I just read some of the Twitter feed lashing out at her. Shame on us as a people for forgetting we are watching a sport and dragging a person’s name and mental health through the mud. This is why the push in the LGBTQ+ community is important. It is not just about rights – it’s about viewing all people as people

“No one is against Lia Thomas the human being” – bruh this is absolutely a false statement.

I get what you’re trying to say, and I appreciate your person openness on the matter, but to say that “no one” is against transgender people is a brutal whitewashing of the reality of the the world and what Lia would face if she were swimming or not.

On this site, no one is against her as a human being. She can do whatever she wants that are the general human rights of anyone else, and I don’t see why she shouldn’t.

I agree that she must have been through an incredibly hard time, and I agree that we should take care with our comments. She is currently doing nothing wrong and is permitted to swim against biological females. The fact is, the rules don’t make sense. The fact that she or any other transgender female has been through a hard time doesn’t change that. I can’t think of any other circumstance where a swimmer might win an NCAA title and have an asterisk by their name in the minds of competitors/spectators. I don’t think the rules are right or fair.

The only other way we’d all consider an asterisk by someone’s name is if they were caught doping. This is even more of a competitive advantage than PEDs.

I’m watching the mole right now… This is ridiculous.

This shouldn’t be allowed