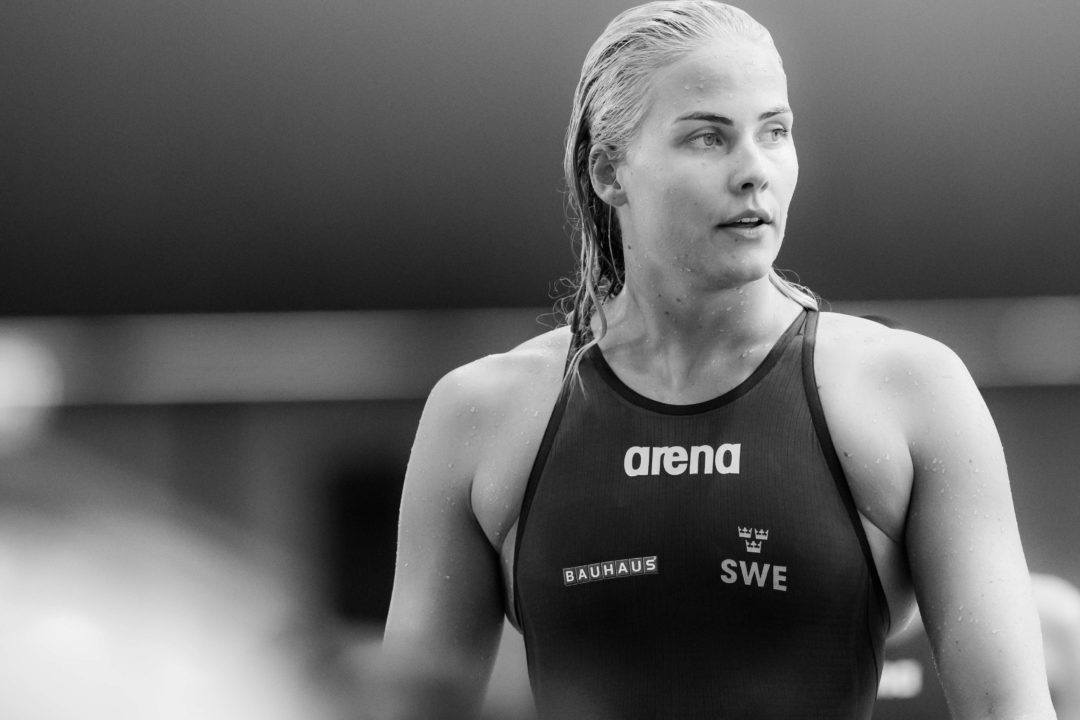 The 2nd cluster of the 2018 FINA World Cup Series kicks off tomorrow in Eindhoven, with the fields on both men’s and women’s sides holding more competitors than in Kazan and Doha. One such racer set to make her mark in the new season is Sweden’s Michelle Coleman, the freestyle ace who nabbed two relay medals at last year’s European Short Course Championships, only to drop off the competitive map so far in 2018.

Speaking to SwimSwam from Eindhoven, Coleman said, “Yes, this [World Cup] is my first competition in 7 months.”

Coleman had been training in Australia at Miami Swimming Club under storied coach Denis Cotterell, but the Olympic-caliber squad, which also included native racers Thomas Fraser-Holmes and Dan Smith, disbanded in 2016. Coleman recently has been in Stockholm at the National Elite Centre, working with coach Johan Wallberg, but says an injury earlier this year caused a derailment in both her training and competitive racing plans.

“I got a shoulder injury in February that forced me to cut down on my swimming very drastically,” said the 24-year-old 200m free specialist. “And it’s taken me this long until I’ve been able to swim at full capacity again.”
A 2012 and 2016 Olympian, Coleman placed 7th in the women’s 200m freestyle final in Rio with a time of 1:56.27, but finished 2017 ranked as the 6th fastest swimmer in the world with her personal best of 1:55.64 thrown down at the Swim Open Stockholm that year.
Individually at the 2017 European Short Course Championships, Coleman fell just one spot shy of the 200m freestyle podium, finishing 4th in 1:54.27. She did claim two relay medals, however, in the form of the women’s 4x50m medley and 4x50m freestyle relays.
Although Coleman is entered in the 50m free, 100m free and 200m free for the World Cup in Eindhoven, she tells SwimSwam that ‘she’ll see how her shoulder holds up’ at this point.