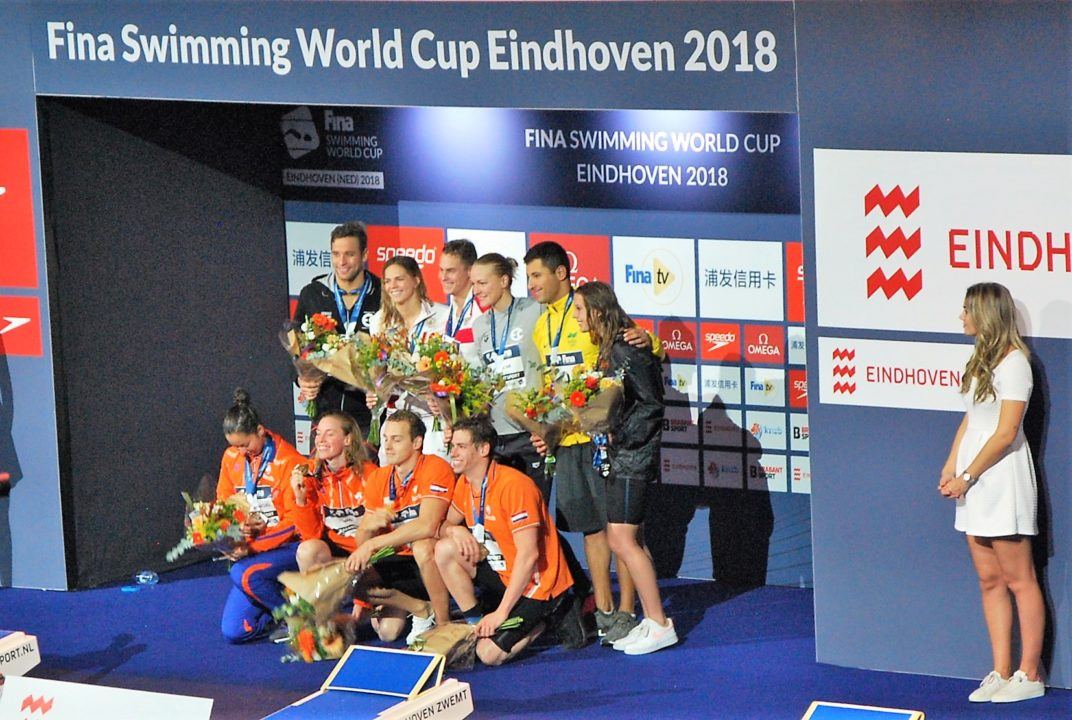 Sarah Sjöström (SWE; 56,90) and Kelsi Dahlia (USA, 56,93) won their heats of the the 100m butterfly and set the two fastest times. Ranomi Kromowidjojo (NED) was clocked at 57,67 for the third fastest time. Katinka Hosszu and Kathleen Baker cancelled their participation in the 100m fly.

Brasil’s Nicholas Santos took the pole position for tonight’s final in the men’s 50m butterfly, he was registered with a time of 22,60. Finland’s Riku Poytakivi set the second fastet time in 22,82 ahead of Netherland’s Jesse Puts (22,89). Vlad Morozov (RUS), who won five medals last night, made it easily into the final with a time of 23,02, the fifth fastest perfomance in prelims behind Chad Le Clos (22,92).

Femke Heemskerk, Sarah Sjöström and Ranomi Kromowidjojo were again the fastest trio in prelims: They went 1-2-3 in the 100m freestyle with Heemskerk setting the fastest time in 51,73 ahead of Sjöström (52,40) and Kromowidjojo in 53,07. Also USA’s Kelsi Dahlia was in the final’s line-up, she was clocked at 53,39, the sixth fastest performance in the morning.

Katinka Hosszu showed a 2:07,24 in the 200m IM, worth the top spot for the final. Femke Heemskerk was the second fastest woman with her time of 2:08,12 followed by USA’s Melanie Margalis in 2:08,61. Her teammate Kathleen Baker did not advance into the final with the 9th fastest time of 2:11,47.