Guess Where Cam Auerbach Has Made a Verbal Commitment…? 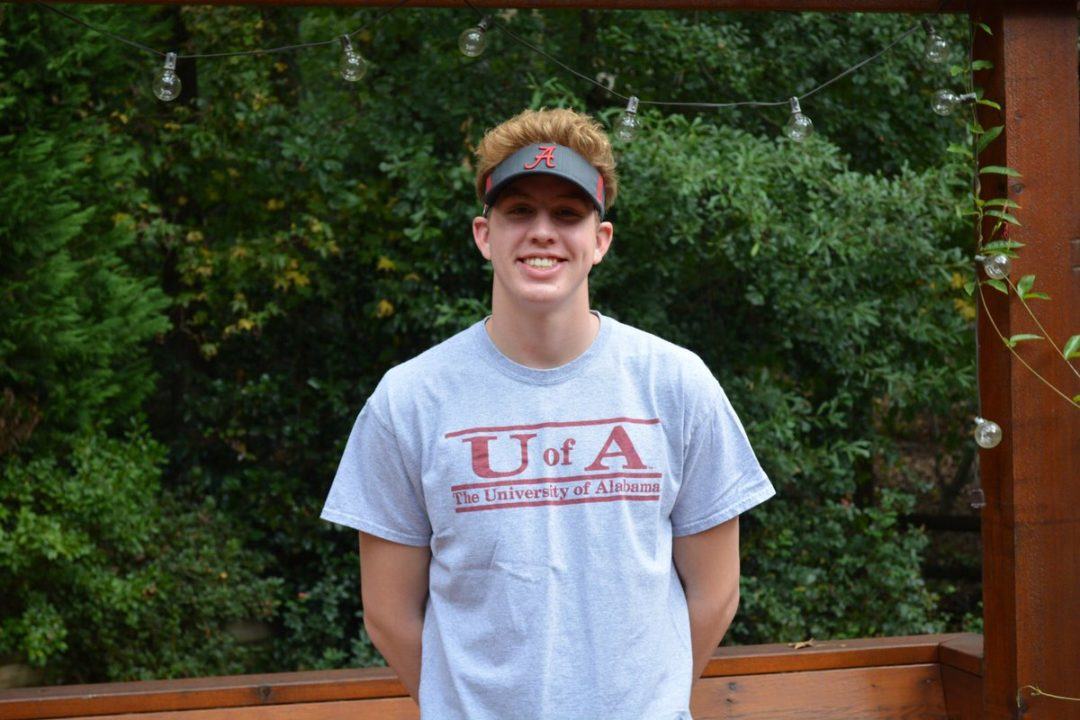 Was it ever really a question? With two older brothers having donned the Crimson Tide uniform, was there any doubt where Dynamo Swim Club’s Cam Auerbach would wind up? Current photo via Northview High School Twitter

Was it ever really a question? With two older brothers having donned the Crimson Tide uniform, was there any doubt where Dynamo Swim Club’s Cam Auerbach would wind up? According to his high school, the youngest of the three Auerbach brothers has made a verbal commitment to the University of Alabama, where Cade Auerbach is currently a sophomore and Knox Auerbach is a senior.

Auerbach is a Winter Juniors-or-better qualifier in the 100/200 back and 100/200 fly in both LCM and SCY. He won the 100 fly and was 6th in the 100 back at Cary Futures this summer, where he also B-finaled in the 50/100 free. He improved in all his top events throughout the course of his junior year of high school, including the following SCY times:

In addition to his older brother, Knox, Auerbach will cross paths with butterflyer Tyler Sesvold and backstroker Zane Waddell. He would have scored in the 100 fly at 2018 SECs.

You have the class wrong for his brothers. Knox is the senior

so proud of my baby brother. He’s been through a lot. he’s so cute

Such a cute boy