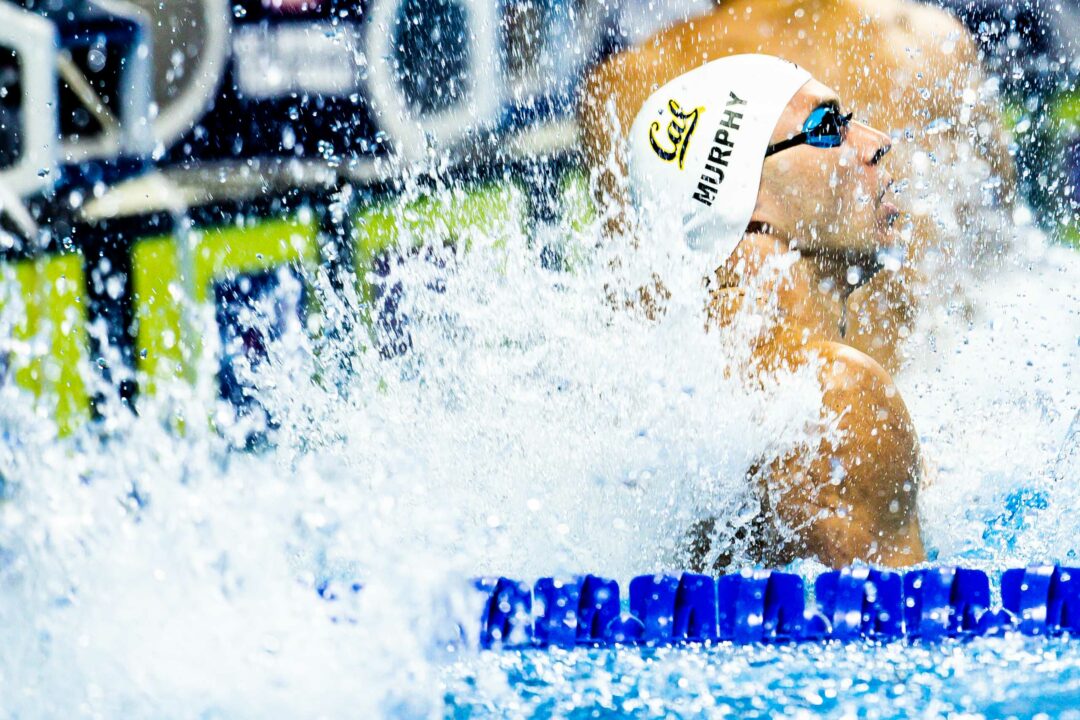 As we approach the 6th finals session of the week, swimmers, coaches, and even fans are starting to look a little tired, but we’ve still got three more nights of finals to go, and tonight is shaping up to be one of the most exciting yet. One highlight for this evening: almost every event will feature a world record holder (although not necessarily in the even in which they hold the record).

The action kicks off with the championship final of the women’s 200 breast, where exactly half of the swimmers who were in the final in 2016 will returning. Defending champion Lilly King was already over a second faster in last night’s semis (2:22.73) than she was when she won in 2016 (2:24.08). King’s friend and training partner, Annie Lazor, be swimming right next to King after going 2:22.80 in semis, so we should be in store for a great race from the middle of the pool tonight.

Next up, reigning Olympic champion Ryan Murphy will be in lane 4 aiming for his second Olympic berth in the the 200 back. On paper, Murphy should be a lock to win, but we also know it’s been a very weird week. Murphy holds the world record in the 100 back. Austin Katz, the only other returner from the 2016 final, will be next to Murphy in lane 5. But watch for current Cal Bears Bryce Mefford and Destin Lasco in lanes 3 and 6, both of whom, like Katz, went 1:56 in last night’s semi-final. Murphy is a Cal alum.

The young US women’s backstroke talent will be on display next, as six of the 16 semi-finalists in the 200 back are 19 or under, and another four or 20 or 21. Heat 1 will feature 18 year-old Phoebe Bacon, who is the third-fastest US woman ever in the 17-18  age group and who clocked a 2:08.71 this morning for the second seed. World record holder Regan Smith will be in lane 4 of heat 2. This morning she went 2:07.81, about 4.5s slower than her world record, but she shouldn’t need to be any faster tonight than she was this morning to make the top 8 and advance to finals.

The men’s 200 IM may be the most exciting event of the night. Michael Andrew put on a show last night, when he was under the world record pace at 150m, and had to “settle” for the becoming the 3rd-fastest US swimmer ever in the event, with a time of 1:55.26.

Only two men have ever broken 1:55 in this event, and one of them will be swimming in lane 7 tonight — world record holder Ryan Lochte. He’s now ten years removed from that world record and 36 years old, so we’ll see if Father Time has finally caught up to him, or if he’ll be able to muster up a fantastic swim to earn his place on the Olympic Team in this event for the fifth time.

There’s plenty of other swimmers to watch in this event, including 2017 world champion and Sunday’s 400 IM winner, Chase Kalisz, the 400 IM 3rd-place finisher, Carson Foster, and Kieran Smith, who’s already won the 200 and 400 freestyles this week.

Reigning Olympic 100 free Simone Manuel finished 9th in last night’s semifinals, missing the final, and leaving only two women returning from the 2016 final. One of those returners is Abbey Weitzeil, who actually won this event here in 2016 by 0.04s ahead of Manuel. She’ll be in lane 3 tonight, while Olivia Smoliga and Natalie Hinds will occupy lanes 4 and 5 after tying for the fastest time last night. Veteran Allison Schmitt also returns. She finished 2nd in the 200 earlier this week, securing her spot on her 4th Olympic team, and she’s been on this relay the last two Games.

Tonight’s session concludes with the semifinals of the men’s 100 fly. This morning, Caeleb Dressel broke the U.S. Open record with a 50.17, over 1.5s faster than than the next-fastest man, Trenton Julian. The battle for 2nd behind Dressel looks wide open at this point, especially after three of the top 8 seeds opted not to swim. A couple more more men who were seeded in the top 8 of the psych sheet haven’t looked great this meet, and they may be on the verge of not making tomorrow night’s final.

We should get some more roster clarity after tonight, as several likely event winners are already on the team, continuing to free up roster space for the USA to get all qualified swimmers on the team.

How many more doubles do we need for all 2nd place finishers to be guaranteed to go?

15
0
Reply
Unbelievable at the end
Reply to  Robert Gibbs

Dressel (twice), MA (once or twice), Murph and Finke all have very good shots to add extra events. I don’t think we have to worry

That seems achievable for the men. Dressel should get the 100 fly and 50 free, MA and kaliz look like the front runners in the IM, Murphy in the 2 back, Finke in the mile. These seem like fairly safe bets.

As soon as Ledecky swims the 800, all the ladies are set.

Because it seems like I am one of the people on the posts that have loyalty for people that I have cheered on for years and that have done lots of great things in the sport I won’t be one of the swimswam people who have the out with the old menality and in with the new. I will be rooting for lochte and chase but 99.9 chance they both won’t make it with how MA is but I will stick with loyalty.

I bet Ryan Murphy wins the 2 Back. Heard it first here.

Exactly. I hate the whole ‘You heard it here first’ crap.

I think it was a joke

7
-6
Reply
Not Tapered
Reply to  Bobthebuilderrocks

@jtiff, you bring up a good point

Should have clarified which Ryan

Oh jeez, didn’t even realize. I meant Lochte, of course Murphy wins his, my bad.

The nerves get to Michael Andrew and the piano lands on him, letting Ryan Lochte squeak into second place.

This meet has not been kind to the older swimmers. Maybe the year delay was just too much. This meet is about who was able to adjust, adapt and deal with all the pandemic challenges. Congratulations to all the great swimmers at Trials.

Older means those 20 and older

In pretty much every Olympics the majority of swimmers who make the Olympic team are first time Olympians. This time perhaps more than normal, but it is very rare to make more than one Olympic team.