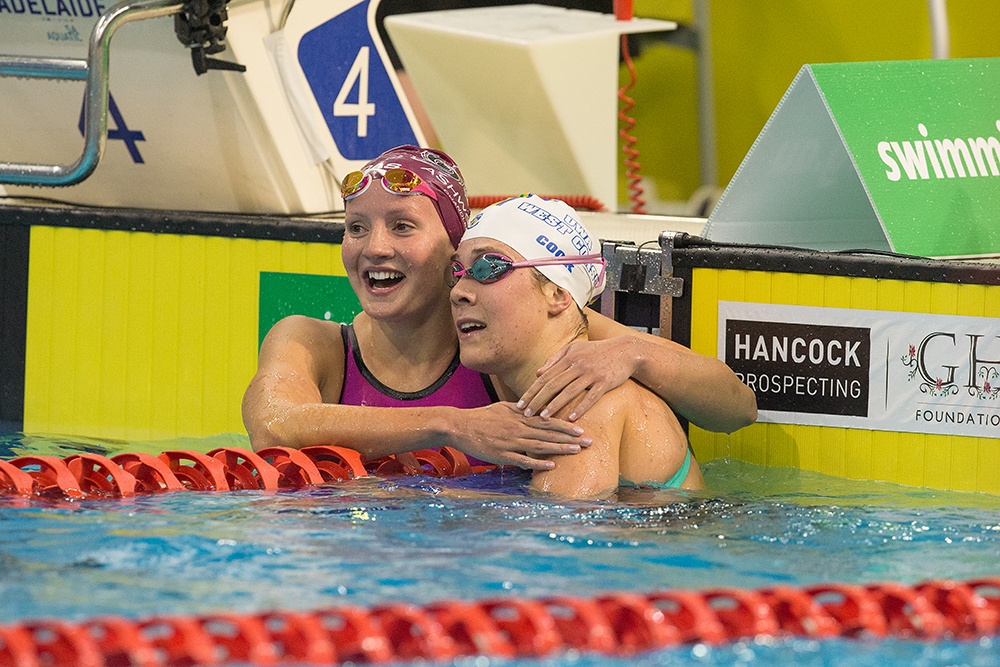 2016 Olympic finalist Tamsin Cook retired from the sport back in 2018 but made a 2020 comeback and has since swum 2 of her top 3 400 freestyles. Archive photo via Steve Christo

The second prelims session has come and gone at the Tokyo 2020 Olympic Games and the official SwimSwam Prelims All-Star of the Session is Australian 400 freestyler, Tamsin Cook. As a reminder, this award is rewarded daily to the swimmer during prelims who throws down a notable morning swim that may not have been a buzzworthy national or continental record but is still worth talking about.

Tamsin Cook has had an interesting pathway to Tokyo, beginning back in 2015 when she won a World Junior Championships title in the 400 freestyle with a 4:06.17. A year later Cook qualified for her first Olympic squad, also in the 400 freestyle by placing second at Trials with a 4:06.38. She went to the Games for Australia and managed to finish 6th overall in the final with a 4:05.30 but also notched a 4:04.36 during prelims which marked a new PB for her.

With an Olympic final on her resume, Tamsin Cook was looking good heading into 2017 World Championships until a car accident left her with a neck injury, keeping her out of the Australian Trials that year. She returned in 2018 to swim at Commonwealth Games but was still feeling not back in pre-injury shape and wound up placing 10th in the 400 freestyle.

That swim marked a temporary ending for Cook’s swimming career and she essentially went on swimming hiatus for more than 2 years. The hiatus ended, however, in October 2020 when she made her official comeback to the pool with only a few months to go until Tokyo 2020. Cook got back into the swing of things over the course of the following few months and came into Australian Trials firing. Cook managed to throw down a lifetime best of 4:04.10 at Trials, second to Olympic gold medal contender Ariarne Titmus‘ 3:56.90.

5 years after her 6th place finish at the Olympic Games, Cook returned to the scene and swam a 4:04.80 400 freestyle prelims, marking her 3rd fastest swim of all time. In an extremely competitive field, Cook’s time wasn’t quite good enough to advance past the heats and she was relegated to 9th overall. Barring a top 8 scratch, Cook won’t get a shot at improving upon her 2016 finish.

Cook wins this award for the completion of a comeback to the top level of the sport despite injury, the emergence of a fierce competitor in Ariarne Titmus, and a global pandemic. Cook managed to defy the odds and while she fell just short of the final, is certainly worthy of all-star status.

I think really well deserved, gutted she didn’t make the final because she is one tough competitor. Hope they give her a shot in the 4×200 prelims at least