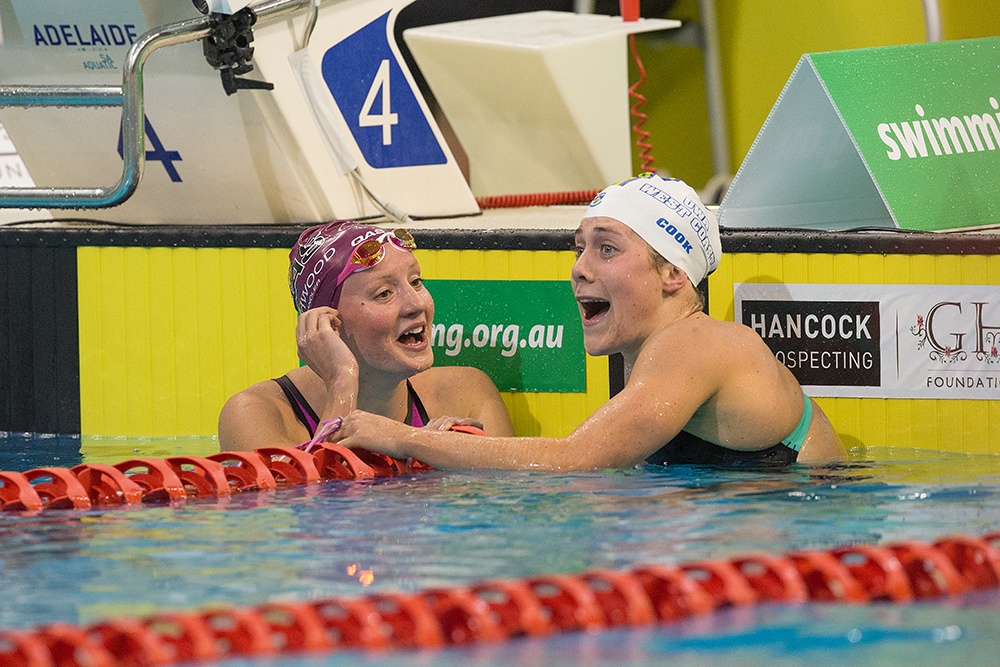 Australian Olympian Tamsin Cook may have taken some time off from the sport, but the 22-year-old has come back with competitive fire. Archive photo via Steve Christo

However, quietly finishing as runner-up behind Titmus and also making the Swimming Australia-mandated Olympic qualification time was Western Australian Tamsin Cook. Behind Titmus’ 3:56.90 this evening, Cook posted a still-super-solid effort of 4:04.10 to make her 2nd Olympic squad.

At just 17 years of age 5 years ago, Cook was the youngest member of the Australian Olympic team for Rio, where she held her own in placing 6th in the 400m freestyle final there and battled American Katie Ledecky again on the anchor leg of the women’s 4x200m freestyle to hang on for Olympic silver.

A car accident derailed her 2017 World Championships but she did compete at the 2018 Commonwealth Games Trials where she finished 10th in the 400m free, not quick enough to be in the pool for her home Games on the Gold Coast.

As of June 2018, Cook had temporarily hung up her goggles, taking an indefinite break from elite competition swimming at just 19 years of age. “My plans are just to focus on my university, focus on my goals in that area and have a normal life for a little while,” she said at the time.

Flash forward to October of last year and Cook made her first competitive comeback at the Aussie Virtual Relay Blitz and followed that up with performances at the Western Aussie Championships in December.

All told, Cook has only been back in the water just over 6 months yet her 4:04.10 400m free performance here checks in as a new lifetime best, overtaking the 4:04.36 she registered in the semi-finals in Rio. Now, her time here ranks her as the 5th fastest performer in the world heading into Tokyo.

She’s looked better and better each time she’s swum. Hard for Kiah and the others, but so happy for Tamsin!

Im on record as a big Tamsin fan . I replied to Common wombat in2017 that if Tamsin said she would return to swimming, she would. Ii was not surprised to see her swim a 2.18 200 sc fly just a few weeks into training. That girl has drive.