From Surgery To The Top, Chalmers Takes 200 Free Title At Aussie Trials 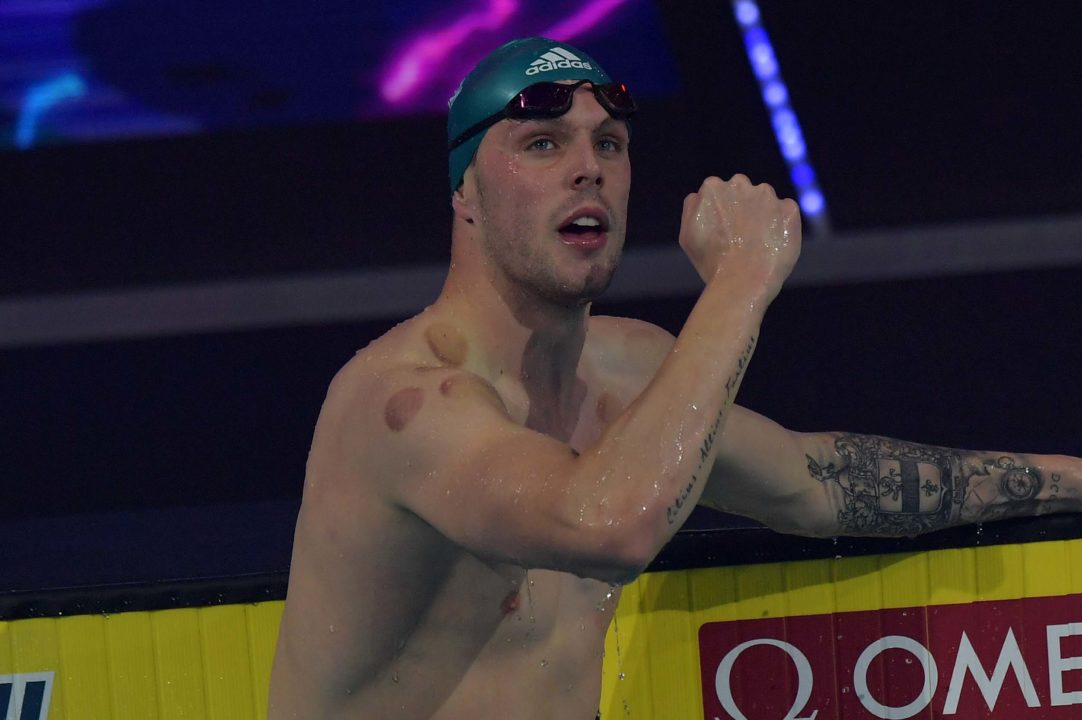 In November of last year, reigning 100m freestyle Olympic champion Kyle Chalmers was undergoing a procedure to ‘clean out’ his shoulder while tonight the 22-year-old South Aussie produced a big-time personal best to take the 200m free title at these Trials.

Since winning gold in Rio, Chalmers has undergone a series of surgeries to address his heart condition called Supraventricular Tachycardia (SVT) in addition to this latest. That paired with his November surgery could have sidelined any swimmer but this titan only appears to have gotten stronger, clocking a winning effort of 1:45.48 here in his home state of South Australia.

Also surging ahead of Graham at the end were Elijah Winnington, the St. Peters Western weapon who already qualified handily in the mens’ 400m free here. Tonight, Winnington clocked 1:45.55 while 3rd went to 19-year-old Rackley teen Tommy Neill in 1:45.70.

Entering this meet, Chalmers’ lifetime best in this 2free rested at the 1:45.56 he threw down on the Gold Coast to take gold at the 2018 Commonwealth Games. Tonight’s effort ranks as just the 3rd occasion on which the ace has even been under 1:46 so he chose the right time to put up something special.

We’ll see what Chalmers brings in the 100m freestyle on Tuesday.

I hope Mack Horton does make the Australia Swimming team..

Bodes well for his 100 and his prospects of competing with Dressel. I’m consistently impressed by this man coming out on top in spite of all of the setbacks he’s faced.

What happened to Clyde Lewis? He went 1:44.9 in Gwangju but was out of the race…

He changed coach, should have stayed with Boxall

obvi, that Aussie 800 relay will be very very rough.

I think you mean fast

Dressel is done for. I guess Ryan Lochte is the only man with a good chance of getting a gold medal now.

back under your bridge, troll

the new troll on the block has arrived guys ….keep away from him , he is not to be trusted