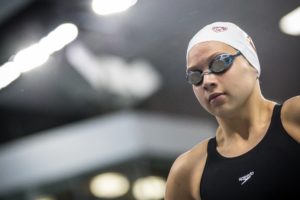 After two seasons at the University of Pittsburgh, Westfall becomes new head coach Coley Stickels’ first hire since he was brought on at Alabama in April.

Rio Ramirez is the latest addition to Alabama’s new-look staff, as the school announced today that Ramirez will be the new head diving coach.

To help you out during the recruiting process, ACC has put together a list of questions that they suggest swimmers consider asking college coaches.

The Alabama post-grad will head to Raleigh as a result of the coaching changes in Tuscaloosa.

Geer is one of a handful of Indiana post-grads we know are following Stickels.

Held, who had moved to train with the Indiana pro group in February, expects Zane Waddell, Laurent Bams and Ali Khalafalla will comprise his main training partners at Alabama.

The University of Alabama has announced Indiana sprint coach Coley Stickels as its new head coach for men’s and women’s swimming & diving. Stickels was previously the associate head sprint coach for the Hoosiers.

The Crimson Tide celebrated a season which included a top-10 NCAA finish for the men, a top-35 finish for the women and a combined nine men and women earning All-America honors.

The UNC coaching job, vacated by Rich DeSelm, is one of the biggest jobs open so far this offseason.

Pursley has been head coach at Alabama since 2012, but his impact on the sport began decades earlier.

Conference Championships brought some major shakeups to our final edition men’s Power Ranks, though our #1 rank continues to be an uneasy split between Texas and Cal.