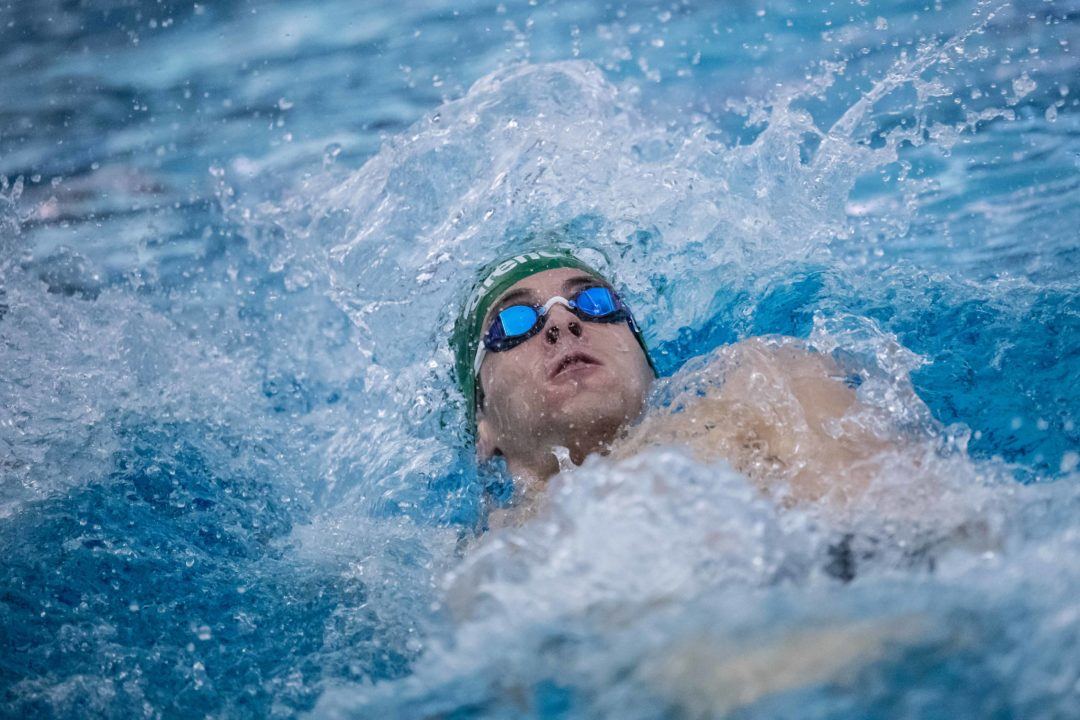 The Alabama post-grad will head to Raleigh as a result of the coaching changes in Tuscaloosa. Archive photo via Mike Lewis/Ola Vista Photography

2018 University of Alabama graduate and 2016 Olympian for South Africa Christopher Reid is moving from Tuscaloosa to Raleigh to train under coach Braden Holloway at NC State, he told SwimSwam Wednesday.

“I have spent the past week training with the Wolfpack and have absolutely loved my experience!” Reid told SwimSwam by email on Tuesday. “The family-based environment and training that I have experienced at NC State this past week are exactly what I am looking for in a program as I move forward into my professional career. I look forward not only to training with the world-class backstroke crew that NC State to become a better swimmer, but also to grow as a person amongst the great group of people!”

Reid competed in the 100 back in Rio, placing 10th in semifinals. Swimming under Alabama head coach Dennis Pursley, who retired in April, Reid won back-to-back SEC championships in the 200 back in his junior and senior seasons and was a multi-time A-finalist in the 100 back.

“The biggest difference that I have been focusing on is becoming more efficient in the water with technical changes,” Reid said. “Last year April, after finishing up with my NCAA eligibility, I moved to Jonty Skinner’s sprint group. The relationship Jonty and I have, made me enjoy my swimming again. The way he presented his training and his compassion for his swimmers gave me a new outlook at the sport. It is through Jonty’s coaching and the environment he created just made me a happy swimmer, which allowed me to train better than I have before.”

“It breaks my heart to be leaving Alabama after spending my college career in Tuscaloosa, but I feel guided to venture into new territory,” Reid continued. “The coaching staff at Alabama were world class and have had the greatest impact on my overall development as a young adult. I am forever grateful to Dennis Pursley, Jonty Skinner, James Barber and Will Leonhart for giving me the opportunity to swim for Alabama.”

Reid is the most recent swimmer to announce he is switching up his training as a result of coach Jonty Skinner‘s move to Indiana University to become the associate head sprint coach, replacing Coley Stickels, who moved to Alabama to become the head coach. Former Alabama swimmer Robert Howard will move to Indiana after the 2019 Phillips 66 National Championships, and IU professionals Margo Geer, Ryan Held, and Ali Khalafalla are headed to Alabama to stay with Stickels.

Love chris’ commentary about leaving and finding new program. Seems like a stand up dude. Good luck to him at NC State

Braden Holloway is putting together a great backstroke crew in Raleigh.